Solar Energy Corporation of India (SECI) is seeking 2,250MW of so-called ‘Round-the-Clock’ (RTC) energy from renewable sources in a third tender round of its type.

SECI, a national government organisation administered by the Ministry of New and Renewable Energy (MNRE), issued a Request for Selection (RFS) document last week on 2 September.

Renewable energy developers that can supply dispatchable energy from renewables complemented with “power from any other source or storage” will be eligible to submit projects into a competitive bidding process. Projects must connect to the Interstate Transmission System (ISTS).

Winning projects will be awarded contracts on a ‘build, own, operate’ basis, with SECI entering into 25-year power purchase agreements (PPAs) to buy the generated or stored power and then sell it onto MPSEZ Utilities, a subsidiary of power transmission company Adani Transmission.

The tender comes in recognition that cost declines and increased competitiveness have made solar PV and wind cheaper new sources of energy in India than thermal fossil fuels. However, balancing the grid and integrating variable generation from wind or PV presents a challenge that tenders like this are designed to mitigate.

With SECI appointed a nodal agency of the country’s National Solar Mission policy, the corporation is tasked with holding the tender, aimed at helping create standardised contracts, awarded through tariff-based competitive bidding guidelines. The Ministry of Power issued those guidelines in 2020, as the first RTC tender was held.

SECI hosts an online pre-bid meeting on 13 September at 11am IST, and a last date for bid submissions is set for 10 October at 6pm IST. Reverse e-auction bidding will open three days later, 13 October.

A sample standard PPA agreement and a power sale agreement have been posted by SECI which can be seen here along with other documents and details.

The tender comes as India, targeting 500GW of non-fossil fuel energy including 450GW of solar and wind by 2030 – having already passed the 150GW mark – seeks resources like energy storage to firm power supplies. The India Energy Storage Alliance (IESA) expects a need for more than 160GWh of storage in the country by 2030 to be able to meet that target.

As noted by Energy-Storage.news, tenders by government entities like SECI have a big role to play, especially at this early stage of seeding the market for energy storage. Last week, the winner of SECI’s first 1,000MWh pilot tender for standalone energy storage was revealed, with a further 3,000MWh expected to be tendered for soon. 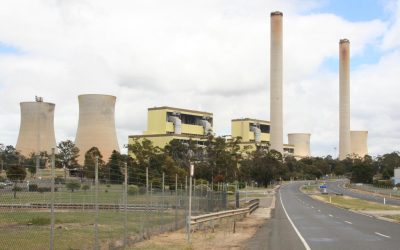 September 5, 2022
Canadian Solar was behind a successful bid in Chile’s July auction with 253MWp of solar PV and 1GWh battery energy storage.

September 1, 2022
Expressions of Interest have been invited for so-called ‘round-the-clock’ renewable energy projects in India by NTPC Vidyut Vyapar Nigam.