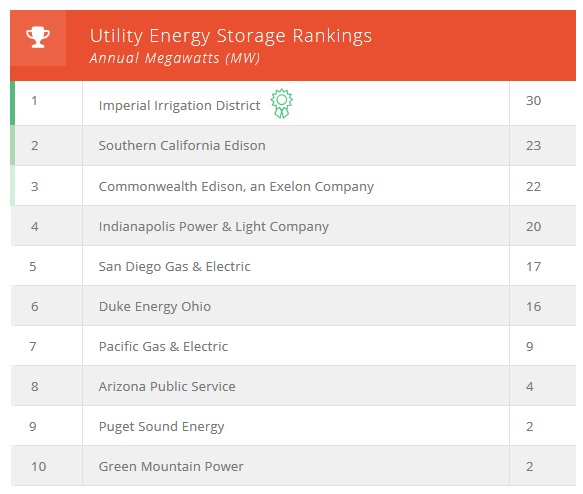 Southern Californian utility Imperial Irrigation District was the leading US utility for energy storage in 2016, deploying 30MW, according to the first ever rankings from the Smart Electric Power Association (SEPA).

Alongside Imperial Irrigation District, Massachusetts municipal utility Sterling Municipal Light Department took the other top spot, with 533W deployed per customer. The figures are taken from data provided by more than 400 utilities.

NEC said it had enjoyed increasing demand for its energy storage systems and services and needed to more closely align the objectives of the subsidiary and parent company. NEC ES claims that since the start of this year, it has already tied down contracts for over 100MW of energy storage projects in four countries and three continents.

Ezawa has been at NEC Corporation since 2015 and NEC ES since 2016 and will combine the roles of chairman and CEO. His previous roles have included stints at GE’s energy storage business as commercial and sales director. NEC ES thanked outgoing CEO Bud Collins for his contribution in taking the company “from a start-up into a recognised global leader”. 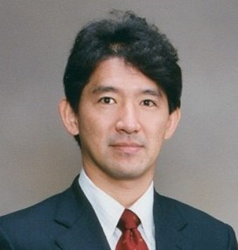 Maxwell, a maker of capacitor-based energy storage and power delivery solutions, announced last week that it had taken over Nesscap, completing a process that began in February. Maxwell president and CEO Franz Fink said that Nesscap’s small and medium cell ultracapacitor technology would complement Maxwell’s production of larger devices.

“With our combined development pipeline, we will be able to deliver more products and technologies faster to our global customer base,” Fink said.

“The completion of this acquisition marks an important step for Maxwell in its plan to achieve growth and profitability, as it puts our ultracapacitor product line on a solid foundation and provides needed scale as we move towards our inflection point in late 2018.”

Maxwell issued over 4 million shares ahead of the takeover.  Nesscap has business divisions that include research and development as well as the manufacture of energy storage and power delivery solutions. The company has operations in Korea, Germany and China.