Industry commentators have expressed shock and surprise that NEC Corporation’s Energy Solutions business has been wound down, while an analyst said the reasons for the energy storage system integrator’s demise are likely to go back further than the COVID-19 pandemic.

A recent report carried by Bloomberg said that the Japanese electronics and engineering giant was closing down the Massachusetts-based Energy Solutions division. The report claimed that despite a global reach and a leading position in the early grid-scale battery storage market, the division had never been profitable.

The report’s headline implied that NEC representatives interview by Bloomberg had cited the COVID-19 pandemic as a reason behind the decision, but within the report itself was the assertion that the coronavirus situation had brought to a premature end the parent company’s search for a buyer for the battery storage system integrator, which NEC had owned since 2014.

Energy-Storage.news was unable to receive confirmation or clarification from NEC directly, with the company declining to comment. It is understood that while the company will remain committed to battery servicing contracts, some of which run to 2030, since the Bloomberg report just over a week ago, leading members of the Energy Solutions team including CEO Steve Fludder, have already left, according to sources close to the company.

Several energy storage industry sources, who asked not to be named, in addition to expressing shock at the news, expressed sympathy with the exiting employees, with one noting that NEC ES’ had “really great people” working there.

Meanwhile, California-headquartered “intelligent energy storage system” provider Stem Inc, which had only recently started a partnership with NEC ES with a view to delivering solar-plus-storage projects from “coast-to-coast” across the US, also declined to comment on NEC’s reported exit from the business when asked by Energy-Storage.news.

Gore Street Capital, a UK-based investment house which opened up the country’s first dedicated listed energy storage fund, has worked with NEC for some time using the latter’s technologies and systems while NEC is also an investor in the Gore Street Energy Storage Fund. Gore Street said in a stock exchange announcement that NEC had confirmed to an adviser that “they have no intention to sell their holding in Gore Street”. If that intention changed, Gore Street noted, “being a substantial international group they would only do so in an orderly fashion to ensure that they realised full value for their investment”.

Gore Street said that NEC ES winding down “is not expected to have any impact on the Company’s established operations or development projects,” with NEC having stated that it will continue to deliver on obligations to existing projects and that “operational projects remain secured with a parental guarantee”.

As for the reasons behind NEC ES’ untimely exit Julian Jansen, research manager for energy storage at IHS Markit, shared with Energy-Storage.news excerpts of his analysis of the situation which he has sent out to IHS’ clients.

Jansen noted that competition has become fierce and margins ever-thinner in the large-scale storage integration space. Indeed, Gore Street’s announcement last week noted that while in 2016 there were only “three possible engineering, procurement and construction (EPC) partners available… there are now approximately fifteen”. Gore Street also announced a dividend and that Japanese oil company JXTG Nippon had made a “strategic investment” in the energy storage fund, implying that the end of NEC ES does not coincide with a lack of interest in the potential of energy storage.

“As the front-of-the-meter battery energy storage industry has been resilient against the impacts of COVID-19, the root causes for the market exit will likely lie deeper,” IHS Markit’s Julian Jansen said.

These new entrants also come with a variety of models of ownership and market participation, Jansen said. This includes component manufacturers like BYD, SMA and Sungrow that are able to vertically integrate and thereby “internalise margins and increase profitability,” generation equipment manufacturers including Aggreko and Wartsila that have acquired storage system integrators (Younicos by Aggreko and Greensmith by Wartsila) and also big players in the energy industry ike Engie and Shell that have made numerous acquisitions along the energy storage value chain.

“All the above entrants can either benefit from internal synergies to increase margins or have a more global reach or larger balance sheets to fund expansion. This has already led to some system integrators exiting the highly competitive large front-of-the-meter market and focus on niche markets with expectations of greater margins,” Julian Jansen wrote.

“Energy storage system integrators will benefit from the brand, reach and bankability of large multinationals. Investors understand that the energy storage market is in the process of maturing, with installations forecast to rapidly expand in the coming years. Energy storage remains a pivotal piece of the energy transition. At the same time, batteries have become commoditised and margins for pure system integrators are being squeezed. Thus, existing players need to have a clear strategic positioning, and creating technical and market development synergies will be pivotal for success in any future acquisitions”. 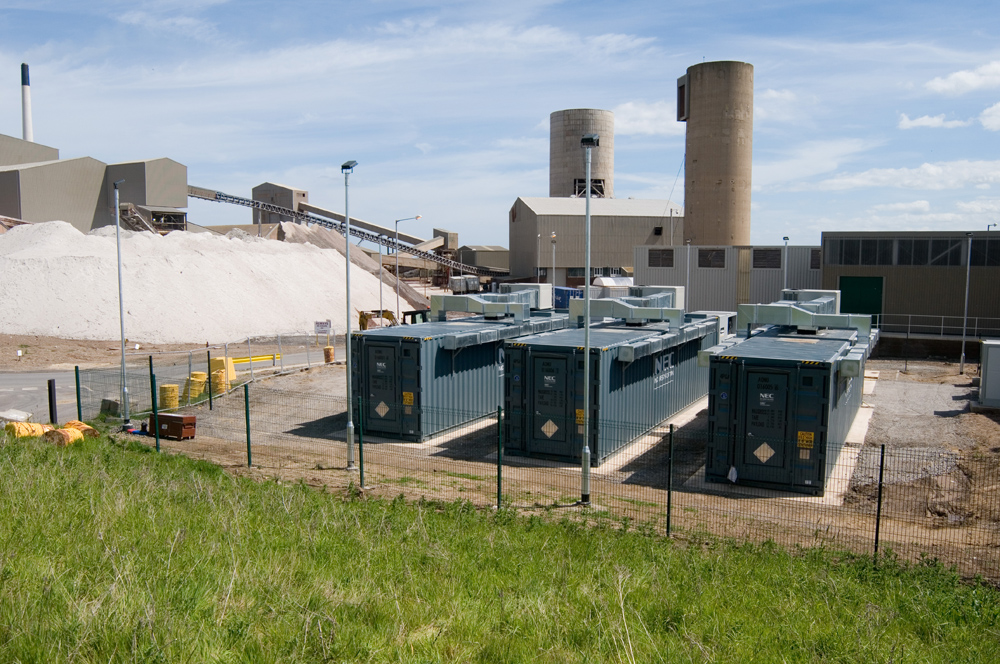