Sonnenbatterie offices. The company said it will use funding raised from the investment round on measures including a doubling of production capacity in line with growth expectations. Image: Sonnenbatterie.
German storage system manufacturer Sonnenbatterie, which announced this week the close of a US$10 million equity funding round, said&nbsp;it sees &ldquo;high growth potential&rdquo; for its products in Australia, the UK and Italy.

On Monday, Sonnenbatterie said it had closed the US$9.4 million venture funding round, led by fund management firm Chrysalix SET and &ldquo;cleantech venture capital specialist&rdquo; Munich Venture Partners. Both are new investors in the company and were joined in the round by a previous investor, eCAPITAL, a German firm which invests in growing technology companies.

According to Sonnenbatterie, which mainly targets the residential market but also sells to commercial and agricultural PV system owners, the company has sold around 4,000 storage units in Germany to date since launching in 2011. This year, Sonnenbatterie also began sales in the US and already has a presence in Austria, Switzerland, Italy and Luxembourg.

Mathias Bloch, Sonnenbatterie spokesman, told PV Tech that the funding was basically for the company&rsquo;s growth, which will include expansion of manufacturing capacity, development of new products and overseas expansion. When asked which regional markets the company is particularly keen on entering, Bloch namechecked the UK, Australia and Italy.

&ldquo;The most important market for us is of course Germany. The next big step we want to make will be in the United States. But also in Australia, the UK and Italy we see a high growth potential.&rdquo;

Sonnenbatterie's 'eco' range in production in Wildpoldsreid, Germany. Image: Sonnenbatterie.
The UK is considered at present to be Europe&rsquo;s biggest solar market, with a number of big players already launching residential storage products or preparing for commercial launch in the near future. Meanwhile, a recent study from investment bank UBS found that economic conditions are already favourable to solar-plus-storage for households in Australia, while Italy is thought to already host more than half a million solar rooftops in a country where subsidies have been slashed and self-consumption is growing in importance.

Research firm IHS put out a report on residential storage-plus-solar in November that appears to corroborate Sonnenbatterie&rsquo;s hopes for those markets &ndash; IHS analysis named Germany, Australia, the UK and Italy as all being countries where self-consumption of electricity is particularly attractive. IHS predicted that despite significant barriers, the sector will grow tenfold by 2018, with those four countries alone to represent 40% of the global market for residential storage by then.

Mathias Bloch at Sonnenbatterie also told PV Tech that high levels of demand in the wake of the launch of a new product range in June meant the company had to double its production capacity and hire new staff, towards which some of the funding will go. He also said the company is looking to double its sales and production in 2015, in line with Sonnenbatterie&rsquo;s historical growth pattern since 2012.

&ldquo;Since we've introduced the Sonnenbatterie 'eco' in June, the demand went up steeply. So we had to double our manufacturing capacity which requires of course a certain investment. Also we're hiring many new employees because of this. Another investment is the development of our business in the United States and other new markets. The money is also for the development of new products.

&ldquo;In 2015 we want to continue expanding our business&nbsp;dynamically and double our units and sales.&rdquo;

To put Sonnenbatterie's ambitions to double its growth, starting with Germany, in context, estimates sent to PV Tech by EUPD Research in September estimated that around 8,201 residential storage systems are expected to be sold across the whole market in Germany in 2014, a figure the research firm said&nbsp;it expects to rise to over 12,000 units next year. EUPD head of market research Dr Thomas Olbrecht said that while there are large-scale storage projects already deployed or in the pipeline, the German market is essentially driven by the residential sector. 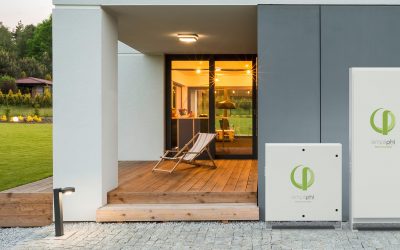 February 3, 2021
SimpliPhi Power has made some bold choices in the decade that the company has been active, leveraging key technologies to “satisfy different pain points around energy”. Andy Colthorpe hears from CEO Catherine Von Burg about why chemistry matters in the push for clean energy. 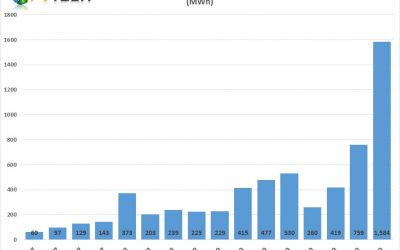 January 7, 2021
The cost of solar energy paired with battery storage on France’s island territories has fallen yet again, as the European country awarded contracts to winning bidders in its latest tender process. 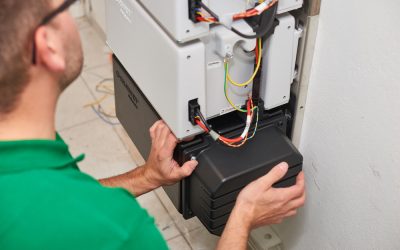 November 9, 2020
Germany’s draft renewable energy laws, which the government is seeking to introduce next year, have been heavily criticised by energy storage systems association BVES.