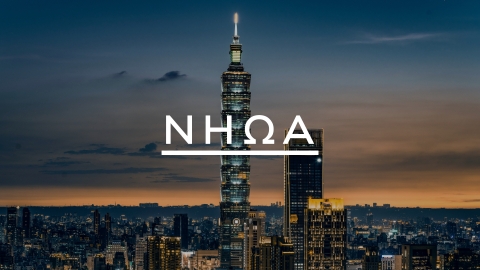 New HOrizons Ahead (NHOA) was originally founded as Electro Power Systems in Turin, Italy, in the early 2000s, before acquisition by ENGIE and then acquisition by TCC and subsequent rebranding. Image: NHOA.

New HOrizons Ahead (NHOA), the e-mobility and energy storage company formerly known as Engie EPS, has set itself targets to install 1.7GWh of energy storage by 2025 as part of a new strategic ‘Masterplan’.

NHOA was majority owned by European utility ENGIE until last week, when a deal to acquire a 60.48% stake was completed. The new majority owner, Taiwan Cement Corporation (TCC), is aiming to turn the technology provider into a an infrastructure developer, owner and operator, continuing to focus on both the energy storage and e-mobility sectors.

NHOA executives have talked up the takeover as having the potential to unite Engie EPS’ track record and expertise in technology with the manufacturing base and broader market opportunities that having a partner in Asia could bring.

Its energy storage activities will continue to include large-scale energy storage projects, while the company said on Friday (23 July) that through a partnership with automotive manufacturer Stellantis, it also aims to build out a large network of EV fast chargers in Southern Europe that will be vehicle-to-grid (V2G) integrated, and powered by solar-plus-storage. These fast charge stations will be capable of also operating as behind-the-meter microgrids that can provide services to commercial and industrial (C&I) customers.

NHOA’s 10X Masterplan aims to grow the company tenfold by 2025. In this context, having installed around 170MW of energy storage between 2015 and 2021, it believes it can use proceeds of re-capitalisation to target 1.7GWh of storage capacity additions, from projects that would have to be contracted by 2023 to fit the 2025 commissioning timeline.

It is also targeting an overall growth in its project pipeline from the €1 billion (US$1.18 billion) that was achieved in 2020, to €10 billion in 2025. The biggest share of this growth is expected in its integrated EV-solar-storage rollout, a business line which it has dubbed Atlante Network and will be carried out by its joint venture (JV) with Stellantis, called Free2Move.

With Free2Move expected to be Stellantis’ preferred EV charge solution provider in countries including Italy, France, Spain and Portugal, NHOA is hoping to deploy more than 35,000 solar-plus-storage V2G fast chargers at around 9,000 sites by 2030. General e-mobility and energy storage activities will account for the rest of the pipeline.

The Atlante Network sites could each include up to 10MW of battery storage in their solar microgrids. By 2025, NHOA wants to build about 300 of these, which the company said means they could create an aggregate resource of 3GW of batteries that could act as a virtual power plant (VPP). The VPP would be controlled and dispatched by NHOA’s energy management system (EMS), called PROPHET.

NHOA said around €50 million funding is available immediately but getting the 10X Masterplan’s ‘strategic ambitions’ financed is contingent on the approval of a €130 million capital raise, around the value of TCC’s investment. This would be used to recapitalise NHOA and to fund the first phase of the Atlante project’s capital expenditures as well as related expenses. After the first phase of that rollout is completed, NHOA expects cashflow to be available for the second phase to continue.

The company will set quarterly performance targets for each key area of the business and hopes that it can go from revenues of around €26 million to €40 million expected in 2021 to rapidly go to between €100 million to €150 million in 2022, which would enable it to break even on EBITDA. By 2025, it wants to post annual revenue figures of more than €600 million and achieve EBITDA margins above 10% and then by 2030 hit EBITDA margins of around 15%. This would require the company’s revenues in 2030 being 15x what they will be in 2022, the company said.