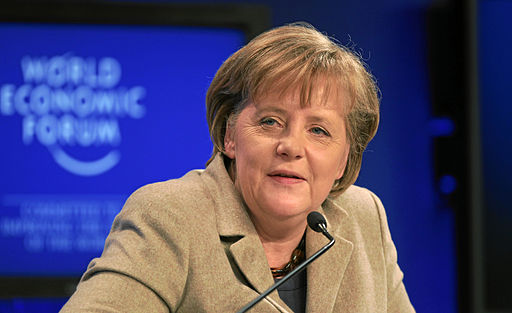 Speakers at Energy Storage Europe were confident, despite a few reservations, that Germany’s new government which grants Chancellor Angela Merkel a fourth term in office will be good for the environment and for renewable energy.

On Wednesday morning, a coalition of Merkel’s Christian Democratic Union party with the Social Democrats and the Christian Social Union prepared to take power in the country’s “third grand coalition” government, in an arrangement agreed in February. The fourth term means Merkel could remain in power for 16 years, equalling the previous longest-serving Chancellor’s record held by Helmut Kohl.

Yesterday, at the storage and renewables integration industry conference and exhibition in Dusseldorf, keynote speakers Dr Simone Peter, president of the Germany Federal renewable energy association (BEE) and Thorsten Herdan, a politician and director general for energy at the Federal Ministry of Economy and Energy both voiced their optimism that support for the ongoing Energy Transition (‘Energiewende’) away from fossil fuels and nuclear would continue.

Energy and economy continue to be represented by one ministry

Thorsten Herdan said that there had been “so far no change in the Ministry of Economic Affairs and Energy. I hope that will remain the case – and the signals [so far] are not too bad.”

He said that he had come to Energy Storage Europe to see the technological innovations and enablers for energy storage, renewables integration and therefore decarbonisation – which the politician clearly defined as being a non-nuclear solution. The Ministry would remain committed to the Energiewende and is likely to raise spending on research.

Herdan, an elected politician himself with 21 years of prior experience in the energy, utility and engineering industry sectors, said there were “two important aspects” to bear in mind when considering the possible direction of the Energiewende’s future.

“One is that energy and economic affairs will stay together. I know that there were other wishes from some other parties, but for me, it’s a very important point, because, in this highly-industrialised country, it’s an absolute must that we have to [tackle] the energy transition together with industry,” Herdan said.

“It’s also very important that we have somebody becoming minister, Peter Altmeier, who has a lot of experience in this area.

“He was Minister for the Environment and also Energy and the renewable part of that at least at some point of time. He brings a lot of expertise into that position and that helps a lot.”

However, Herdan expressed some reservations, which were later echoed by Simone Peter in an interview with Energy-Storage.News. The main one was that drafts of the coalition treaty advocated ‘skipping’ Germany’s 2020 targets on renewable energy and emissions reduction, and instead shooting directly for 2030’s targets over the longer timeframe.

“They made a big fault that they didn’t focus on 2020 targets, only on 2030, even if it’s 12 years, but we need to act now. We have to find and formulate the framework now and focus on 2030 and that means we have to phase out coal,” Peter said.

“Coal was almost 50% in the electricity grid (45% in 2017). That’s too much. [However] there are some good signals with a 65% renewables by 2030 target. We say we can do more but it’s a good direction and they will invest more, get more frameworks to energy storage and sector coupling and these are things we have to focus on so we push the new government for this.”

Thorsten Herdan, an advocate of a European 'Energy Union' and for cooperation and trading in the energy sector across countries and continental borders meanwhile said that he had been at an International Renewable Energy Agency (IRENA) event when he and attendees from other countries first heard about the 2020 target leapfrogging. According to Herdan, he and others felt at the time that this was a “disastrous” message to send out to the world from Germany.

Another reservation expressed by BEE’s Simone Peter was that carbon pricing had not really been on the table for discussion by the coalition’s partners, although Thorsten Herdan said separately to Energy-Storage.News that he expected a co-ordinated Europe-wide or even global pricing mechanism to be a more effective way to implement pricing and penalties for emissions.

“The signals are not very strong from the coalition contract but we’ll see,” Peter said.

“The debate in Europe coming from France, [and from] other European countries [indicates that] this will be the way. We have targets for 2030 to 2050 and we see the changes in the world coming from global warming so we have to act immediately.”

Dr Peter put forward the view that renewables, with energy storage as an enabler as “the most important factor of climate protection” but said that the drivers for clean energy and decarbonisation were as much economic and industrial as they are ecological.

“We see that prices for the cost of PV and wind are so low now it’s cheaper than new coal power plants. It’s in the market so I’m optimistic that we will break through and continue the Energiewende and transform energy from fossils and nuclear to renewables.

“We have a new government but we’re optimistic that they all see we [the renewable energy industry] have lots of new jobs, the innovation, the investments, the chance to get an innovative place in this industry.”