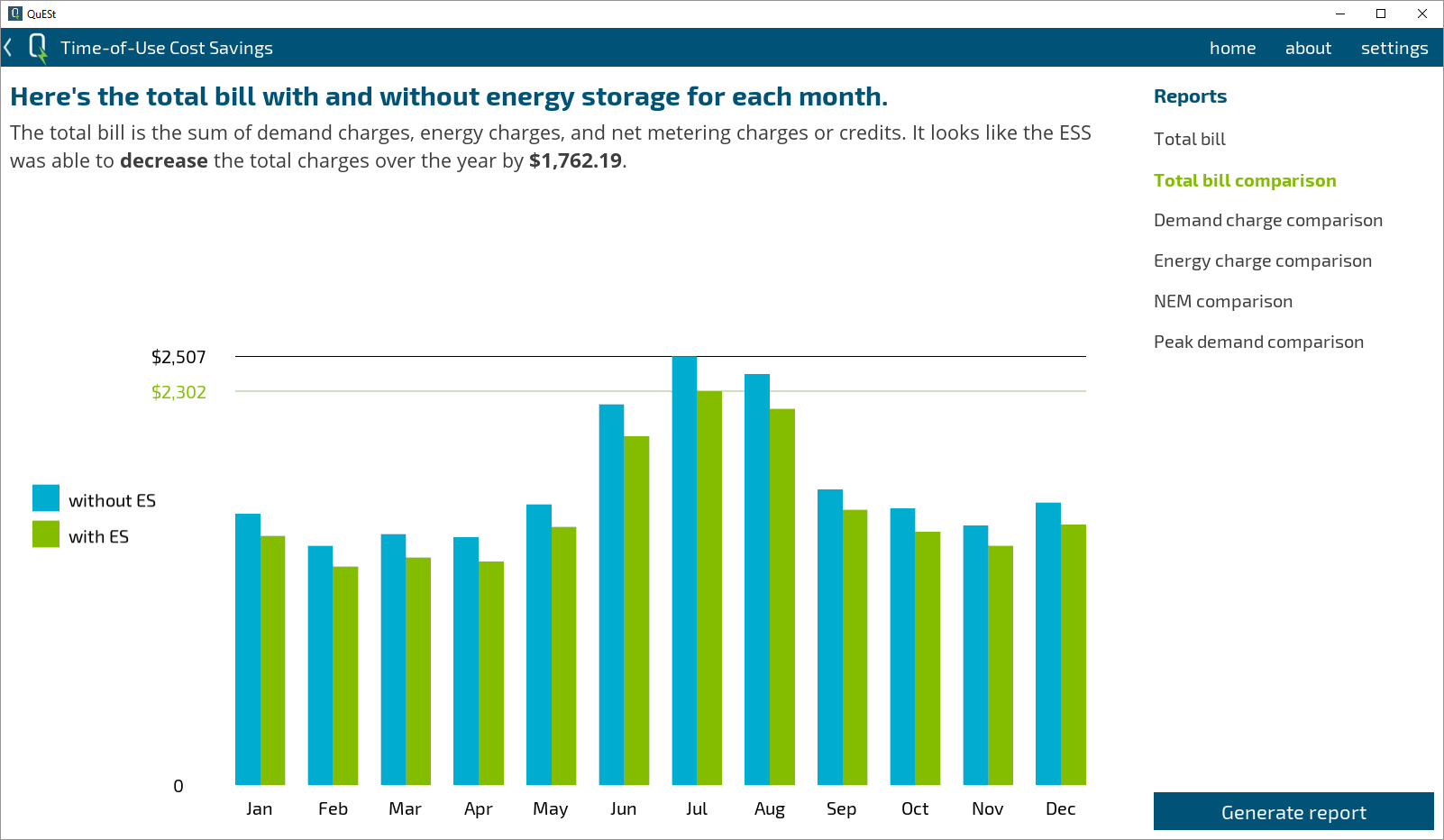 Screenshot of QuEST in action: this shows the total energy bill as it would be, in scenarios with and without energy storage, based on a variety of metrics including demand charges and net metering credits. Image: Sandia.

An open source software tool to help developers and other stakeholders in the US to analyse the viability of their energy storage system projects has been released by Sandia National Laboratories.

Sandia this week launched QuESt v1.2, which it describes as “open source software for energy storage valuation”, based on the computer programming language Python – which as one expert told Energy-Storage.news – as a quick and versatile system for writing code.

The main software suite performs energy storage system modelling and analysis. In a recent article for PV Tech Power, reproduced as a Guest Blog for this site, commercial provider Pason Power wrote about the growing importance of economic modelling to ensure the solidity of the business case for energy storage projects.

Raking across data from the US’ different utility markets and their rate structures, QuESt BTM allows users to estimate cost savings from their storage systems, which can vary hugely across the different regulated markets in the States. Time-of-use utility rates and net metering policies can impact the overall economic case for energy storage. The software assesses the economics of shifting the load to times of lower demand across the network or peak shaving, using storage.

Using simulated load profiles for a range of commercial and residential buildings across the US, the software “leverages a database of US utility rate structures to allow users to select the rate structure most pertinent to his or her project,” Sandia said in a press release.

Given the growth in solar-plus-storage in recent times, QuESt BTM is also designed to analyse and compare simulated solar energy production profiles when co-located or combined with energy storage facilities.

The software application suite also looks to help developers and others to ‘size’ their projects correctly. As mentioned in Pason Power’s recent article, sizing of energy storage systems can have a big impact on the overall economics, due to the relatively high Capex involved in deploying them.