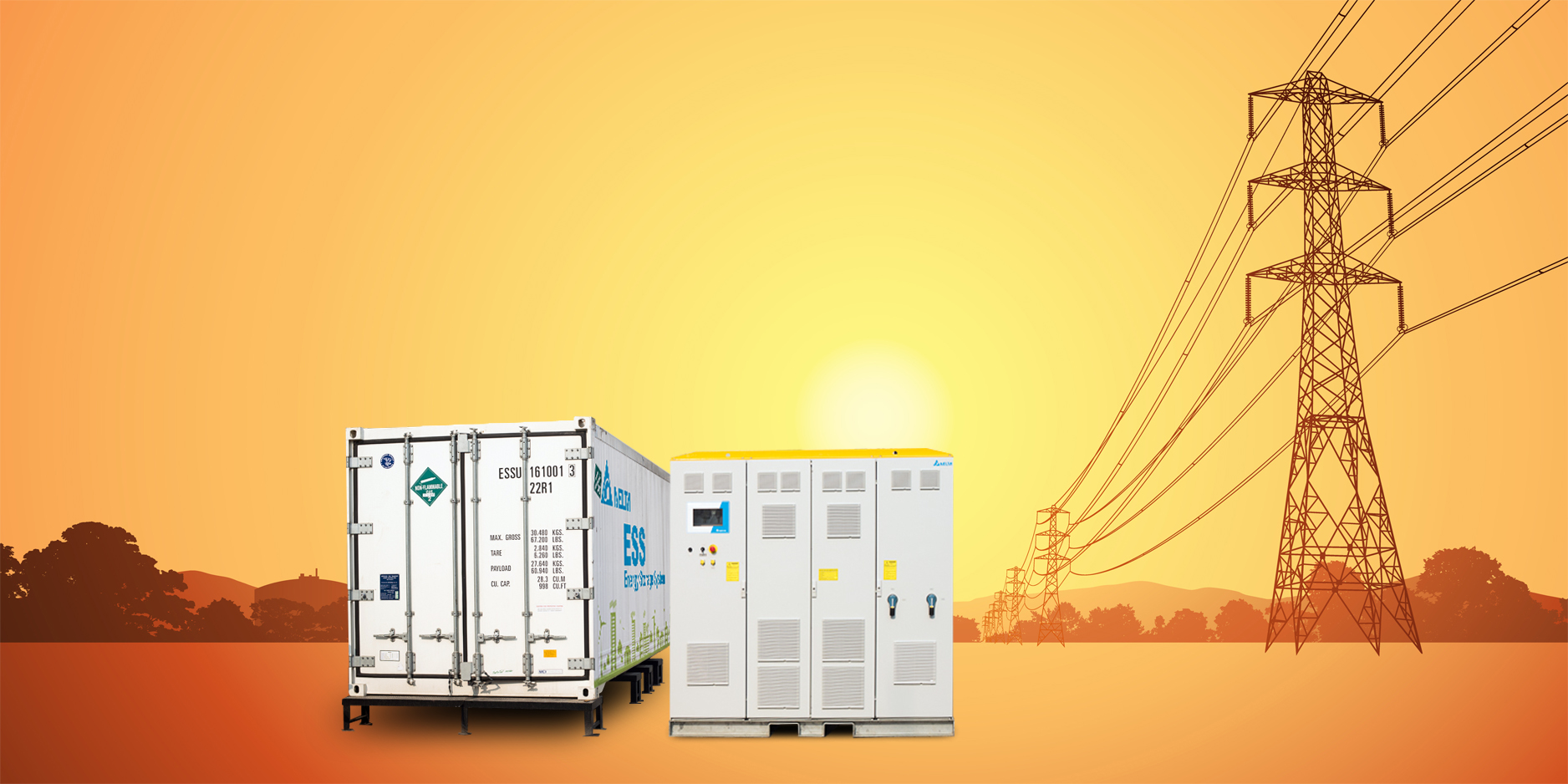 At least two global technology leaders could set up Gigafactories to manufacture lithium-ion cells in India in the next couple of years, according to the head of the India Energy Storage Alliance (IESA).

This focus is being driven by opportunities in both stationary and electric vehicle (EV) applications in India, particularly with the government goal of making all vehicles electric by 2030.

As is well known, the Indian government has already extended a red carpet welcome to US-based storage, solar and EV specialist Tesla to set up a Gigafactory in India, but there are similar discussions ongoing with at least two other major manufacturers with Gigawatt-scale manufacturing already installed elsewhere, Dr. Rahul Walawalkar, IESA executive director, told Energy-Storage.News.

There are also a couple of early stage companies with whom IESA is working at present to help set up their first Gigafactory, meaning there are at least five companies looking seriously at this kind of energy storage manufacturing scale in India.

Tesla chief Elon Musk had raised concerns about having to source local equipment in India, but the Indian Ministry of Trade and Commerce has clarified that the foreign direct investment (FDI) policy does not mandate manufacturers set up in India to source components domestically. However, no Tesla plans have been confirmed.

There are plenty of other international players getting involved. Japan's Panasonic, which has sold over 130MWh of Li-Ion batteries for the telecoms market and distributed applications, is now setting up a battery assembly facility with India seen as one of the firm’s key growth markets.

Other giants like China’s BYD are also considering entering India. With a focus on electric mobility, in 2016, the firm announced that it was looking to set up a factory to make batteries in partnership with BK Modi's Smart group. BYD is also looking at various manufacturing options in India with Indian insulator and transformer specialist Goldstone Infratech. Similarly Chinese lithium-ion battery maker Zhuhai Yinlong New Energy has plans for an EV manufacturing plant in Punjab, which would be the first such factory by a foreign firm in India.

It’s not just storage battery production that is seeing an upsurge in India – at least 1GWh of battery assembly is expected to come online just in 2017 – but also the battery deployment side, with many companies scrambling to make their mark.

Walawalkar said: “Right now we are seeing almost every major industrial group in India creating internal energy storage teams and looking at opportunities for how they can get involved in the supply chain either on the manufacturing side, the services side or EPC side.”

Moreover, Indian news outlet Economic Times has reported that Indian Oil Corporation, the country’s largest fuel company, is planning on launching its own lead-acid battery product and developing new lithium-ion-based storage technology. The firm is also partnering Oil India to set up a 1GW solar energy plant in the state of Madhya Pradesh.

Walawalkar said: “The way we see it is that right now India has a big opportunity.”

He said India has traditionally lost out on big manufacturing investment prospects to China, Taiwan and others and ended up just having assembly facilities or having to rely on imports. This has been the case in semiconductors, solar PV, and power electronics of which Walawalkar claims India imports more than 90% of its requirement. Chinese companies already have plans for additional factories to reach a formidable capacity of more than 120GWh a year by 2021, according to a report published last month by Bloomberg Intelligence.

Solar PV is a case in point, with Indian manufacturers recently filing an anti-dumping petition with the Ministry of Trade and Commerce, partly due to their inability to compete with the mass of cheaper Chinese cell and module imports. Indian PV manufacturers now have just a 10.6% market share in their own country, according to consultancy firm Bridge to India.

Rahul Walawalkar added: “On one side, lots of this renewable deployment is driven by focus of the Finance Ministry to reduce dependence on oil imports, but to some extent India is just replacing that one import to another import.

“The current government is very much focused on storage and they understand that this is a new window of opportunity for India which we should not miss. They are trying to figure out what they can do to make India a manufacturing hub for these technologies not just for domestic production but also for exporting. Even small companies are seeing this as the next big opportunity and putting together a few million dollars to set up some of these assembly facilities.

“In [the] next one year I think we'll see a big transformation in terms of some of these capabilities in India.”

The IESA is “cautiously optimistic” about the situation, but demand is necessary to drive this investment trend in manufacturing. A recent delay in the nation’s first large-scale solar-plus-storage tenders by Solar Energy Corporation of India (SECI) in Andhra Pradesh and Karnataka is not helping the situation.

To India’s advantage, however, is the fact that globally over 70% of the storage market is driven by automobiles, and India already has a strong base of manufacturing within the automotive sector in general, exporting products to 30 different countries, as well as having a huge domestic demand for vehicles.

India’s lead-acid battery industry already supplies markets in Africa and Southeast Asia also. Energy-Storage.News has recently outlined some of the major lead-acid-related movements from the likes of Ecoult and Exide Industries.

Walawalkar added: “Once we have the economies of scale I think India can become actually an energy storage export hub for at least MENA region, Southeast Asia, if not other parts.”

As mentioned already, India can’t just rely on manufacturing to drive itself, and there are challenges across the industry. For this reason IESA has signed a memorandum of Understanding (MoU) with the Indian Electrical and Electronic Manufacturing Association (IEEMA) to drive skill development in India. The partnership should also help the country to capitalise on its existing capacities for cables, connectors and containers, for use in energy storage.

IESA and IEEMA are working to try to educate existing companies about opportunities to expand their scope and get involved in storage. They are also working on offering skill development workshops for industry training, possibly in the next 3-6 months.

Referring to the delays around SECI’s large-scale solar-plus-storage tenders, Walawalkar added: “There is lots of activity we are seeing on the ground in India and that's where some of these delays are very frustrating because industry has now really taken up and it is aided by obviously the global advances in technology.”

Just this week, there was more troubling news, however, with state-run firms NLC India and NTPC both having to delay their large-scale solar-plus-storage tenders on the Andaman and Nicobar Islands after reportedly receiving a tepid response from players. In contrast, Walawalkar said that at least 15-20 companies had shown interest and had simply requested more time due to certain technicalties rather than the tender being unhinged. 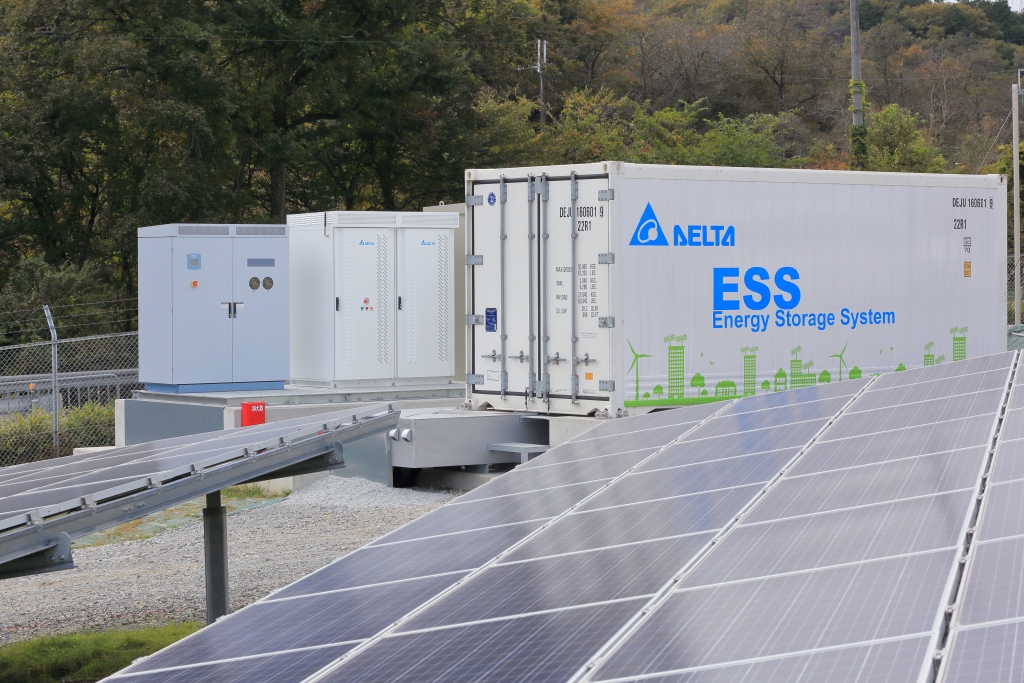 Energy-Storage.News has previously outlined the 1GWh of battery assembly capacity coming online this year in India. Below are two examples from Delta and Indian renewables and telecoms firm Acme Group.

Acme has a 300MWh battery assembly facility in Uttarakhand that is being expanded to 1GWh for March 2018. Products include 1, 1.5, 2.5, 3.5 and 4kWh  storage modules. Cells are being imported from East Asia. Acme already has 15MWh of storage deployed in the field.

Delta is building a new facility in Krishnagiri, very close to its original factory at Hosur. The new plant will commence operations from the end of 2018 producing PV string inverters, central inverters, battery modules and a range of other offerings. The proposed 50MW production of battery modules per annum could be scaled up to 100MW in two shifts. It will also consider upscaling to 500MW in the long-term depending on demand.

The firm will be importing cells from its in-house factory in Taoyuan, Taiwan.

Delta energy storage lead Hiren Shah told Energy-Storage.News that he expects India to have the following capacities of stationary energy storage deployed by 2022.

The team behind Energy-Storage.News is hosting the 'Energy Storage: Middle East & India' conference in Dubai on 11-12 December 2017. For more information including speaking and sponsorship, contact Oli Amos.