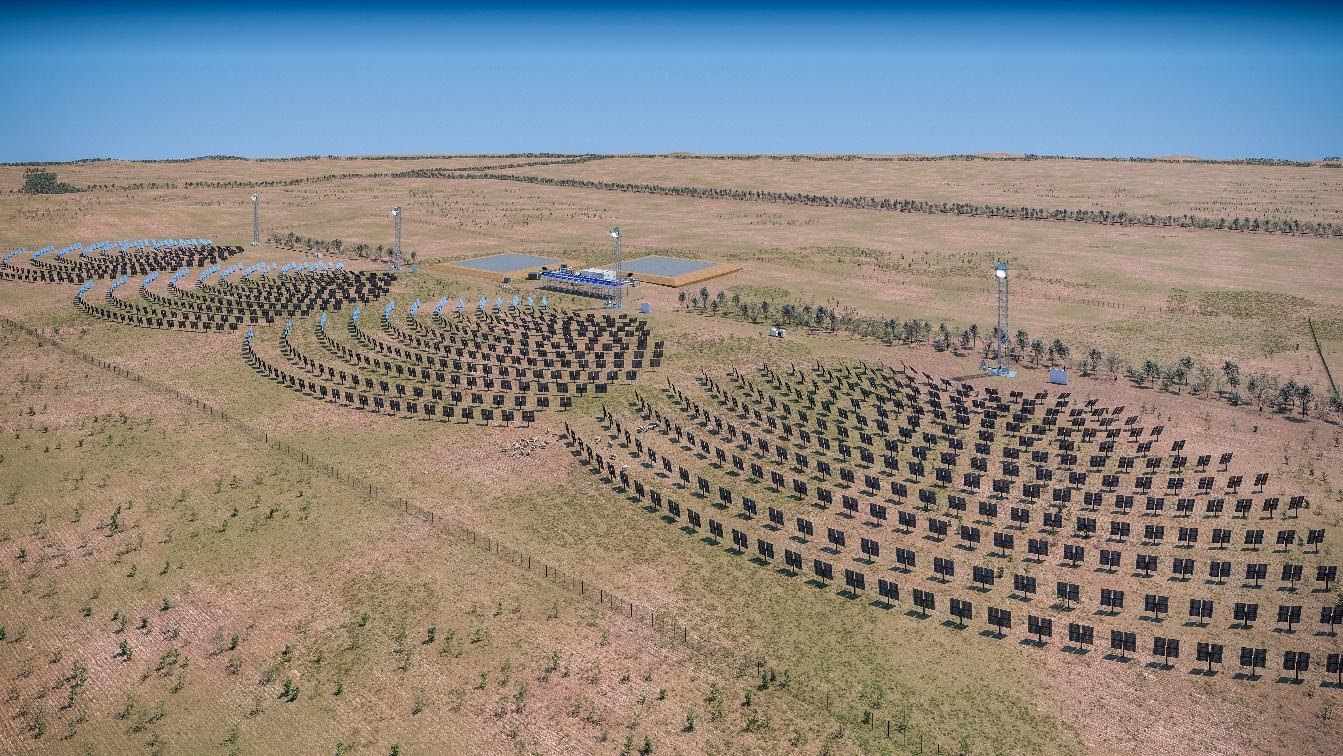 Rendering of how the ‘PV Ultra’ towers will look at the project in Carwarp, Victoria. Image: RayGen Resources.

Construction is set to begin in Australia on a grid-scale power generation and long-duration energy storage project combining solar power and thermal energy storage, after the company behind the project said this morning that funding has been secured.

A 1MWac demonstration project has already been in operation in Newbridge, a town in the Australian state of Victoria, for six years. The new project about to begin construction will include 4MW of solar with 3MW / 50MWh of energy storage in Carwarp, another town in the state. The system will feed energy into the West Murray area grid, which throughout 2020 was highlighted as under congestion by the Australian Energy Market Operator (AEMO) due to the large amount of electricity generation already going into it.

ARENA helped fund a feasibility study for the project, which Energy-Storage.news reported back in March last year, and the agency said this week that RayGen expects the technology could become competitive with large-scale batteries and pumped hydro. It is targeting costs below AU$100 per megwatt-hour, which puts it in line with a goal set by the Australian government’s Low Emissions Technology Statement. 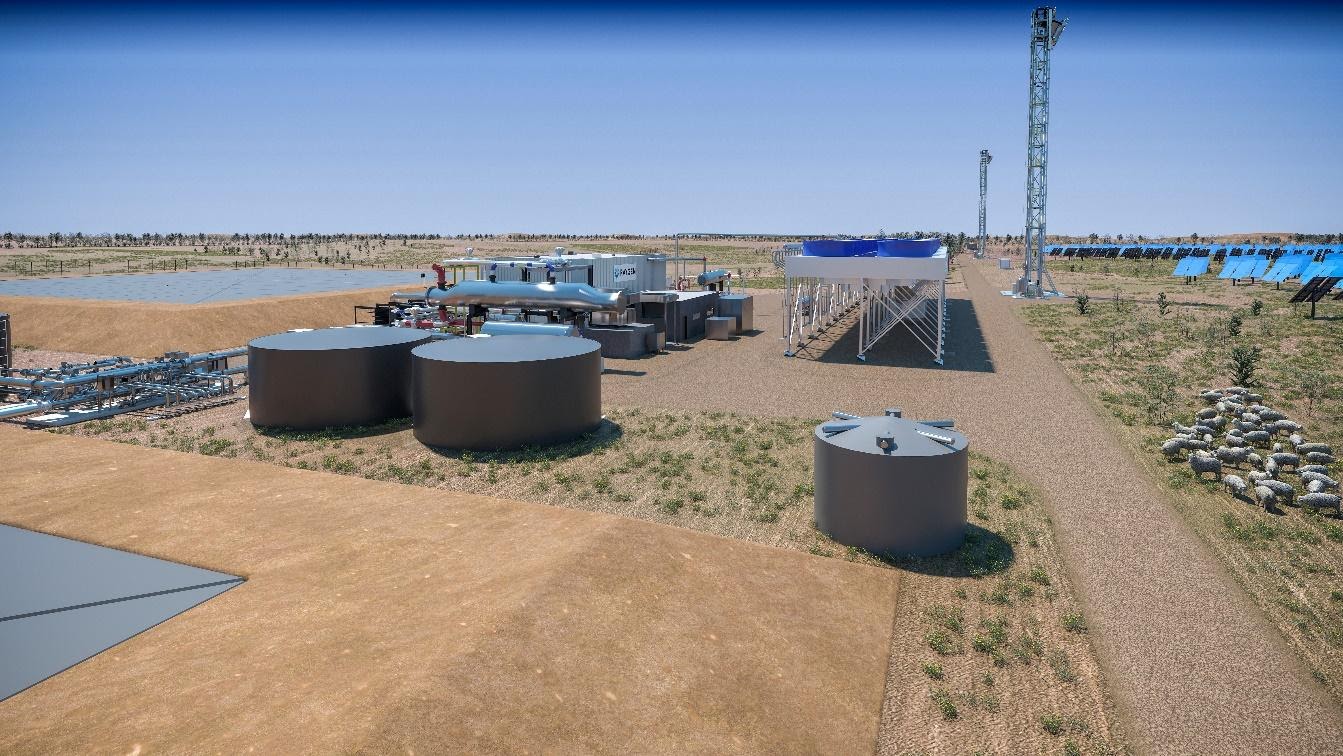 Rendering of other components including organic Rankine cycle turbine which converts thermal energy from hot and cold tanks of water into electricity. Image: RayGen Resources.

Investors joining RayGen’s funding round include some big names: major Australian energy company AGL and US oil major Chevron, US oilfield services company Schlumberger took part, along with European-Australian solar PV developer Photon Energy which already obtained a minority equity stake in RayGen last year and is working with the company on developing projects and acting as engineering, procurement and construction (EPC) partner.

AGL will become an off-taker to the plant’s output and is now also conducting a feasibility study to see whether a similar but much larger system could be located at AGL’s Liddell coal plant which is scheduled for phased retirement by April 2023.

Schlumberger’s new energy division meanwhile is examining how the technology could be adapted to be used for green hydrogen and ammonia export. Chevron invested in RayGen through its Future Energy Fund II, which is focused on promising low-carbon technology startups and VP for innovation and president of technology ventures at the oil company said that the technology “has the potential to impact long-duration energy storage and grid stability”.

“RayGen’s technology has the potential to provide the same capabilities as other long-duration storage technologies at lower cost and with fewer geographical constraints,” AGL’s managing director and CEO Graeme Hunt said.

“We believe the technology can be just as successful in the Hunter region and a key feature of our plans to transition the Liddell site into an Energy Hub, alongside grid-scale batteries and a waste to energy facility.”

RayGen Power Plant Carwarp is expected to have a lifetime of 30 years and should only take a year to build and achieve commercial operations start. The company will also use funds to build a PV Ultra module manufacturing facility with 100MW annual output and to work on development of a 1GWh+ pipeline of potential projects.