A technical report into findings of specialist investigators has been released to the public, written by experts at Fisher Engineering and the Energy Safety Response Group (ESRG). The fire happened as the system was under construction and destroyed two of the 212 Tesla Megapack battery energy storage system (BESS) units being installed.

After the situation was brought under control and authorities cleared the site to resume construction and pre-commissioning testing activities in September, developer Neoen and Tesla brought the Victorian Big Battery online in December, since when it has been participating in the National Electricity Market (NEM).

The technical report was presented to stakeholders in January this year and now made public. It notes that the incident is the first fire to affect Tesla Megapacks. The US-headquartered EV, solar and BESS company deployed around 4GWh of energy storage in total worldwide during 2021. It has just announced an ambitious target for its deployments this decade, claiming it could reach 1,500GWh of annual installations by 2030.

A single pre-manufactured 3MWh Megapack unit caught fire on 30 July 2021, spreading to a neighbouring Megapack. The spread stopped there and the fire burned itself out over a six hour period. This was in line with guidance offered by the manufacturer to emergency responders to let burning Megapacks consume themselves while monitoring other possible exposures at a safe distance.

It was a ‘safe failure,’ with no injuries reported to site personnel, first responders or the general public and the multi-team investigation commenced almost immediately, on 3 August.

The investigation largely confirmed what was found by Energy Safe Victoria, the state’s regulatory body, as it cleared the project to resume testing and commissioning, but added more details as they became known.

Site personnel noticed smoke emanating from a Megapack at around 10am on the day in question, and once emergency crews arrived, a perimeter was established around the unit, and water was applied to cool it. Fire then spread to the adjacent Megapack, which was about 15cm away.

Fisher and ESRG said that a leak within the first Megapack’s liquid cooling system caused arcing within the battery modules. Heat created then took battery cells into thermal runaway.

It is important to note that some of the circumstances which caused the fire are unlikely to be repeated when the system is in normal operation – as the unit was undergoing testing, it had been manually disconnected from some of the usual monitoring, control and data collection that it would be hooked up to.

High wind conditions also contributed to the fire’s propagation, despite the units being properly spaced apart as per requirements. The report said UL 9540A burn testing only accounts for wind speeds up to about 12mph, whereas that day the area experienced wind speeds of up to 35mph.

Tesla has already addressed many of the factors which led to the incident, including improved inspection procedures for coolant systems and adding more alarms to the Megapacks telemetry.

In an interview with this site a few months ago, Paul Rogers of ESRG, one of the company’s principals and a former firefighter that elected to become a battery storage safety subject matter expert, said that battery fires are likely to be extremely rare events, but that every possible care needs to be taken to address both the risk and what to do in the event they do happen, as they can be extremely serious otherwise.

The release of the technical findings comes as power company AES Corporation is undertaking an investigation of its own into a fire at a 10MW battery storage facility in Arizona, US.

The report into the Victorian Big Battery incident can be found here. 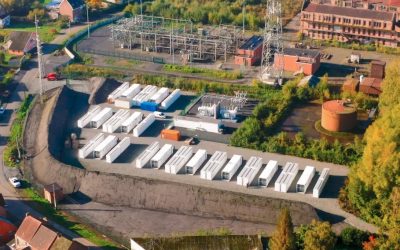