New guidelines for procurement and utilisation of battery energy storage systems (BESS) as assets for generation, transmission and distribution and ancillary services have been published by India’s Ministry of Power.

The Ministry published the document last week, aiming to facilitate procurement of battery storage deployed either in combination with renewable energy or as standalone assets. It is a revised version of guidelines it first issued five months ago.

The planning horizon for the optimal future energy mix should be around 10-12 years, which gives enough time to “gear up the systems and policies in the right direction,” the Ministry noted.

With the country’s Central Electricity Authority’s (CEA’s) modelling showing a need for 27GW/108MWh of battery storage and 10,151MW of pumped hydro energy storage (PHES) by 2029-2030, there is no time to waste.

The guidelines also seek to ensure transparency and fairness in procurement processes as well as create a framework for intermediaries such as aggregators to sell and purchase power from BESS within and across the Indian state boundaries.

They are also aimed at providing standardisation and uniformity in processes and creating a risk-sharing framework for stakeholders, which will encourage competition and better bankability.

The Ministry suggests there should be eight defined business models for energy storage, including a revised and new model, whereby BESS developers or owners can sell a particular duration of storage from their asset and be compensated for it as capacity.

Other business models include using storage to enable renewables assets to meet peak power and firm dispatchability requirements, BESS to maximise utilisation of transmission infrastructure or to manage distribution operations, BESS for ancillary services, balancing and flexibility and standalone BESS for arbitrage.

The document establishes various parameters and methodologies for holding procurements, such as technical and financial eligibility criteria for participants, how to evaluate bids which will be designed in terms of total capacity of storage but can be made in power (megawatt) or energy (megawatt-hour) terms, how long the various procurement process steps should take, and so on.

Storage developers and owners should attain financial close of their projects within 12 months of signing battery storage purchase agreements — which is an extension of the nine months proscribed in the previous iteration of guidelines.

The Ministry of Power’s latest clarification is likely to be welcomed by the energy storage industry and wider power sector as a next step in establishing a market for energy storage in India — in which interest is growing from both upstream and downstream sectors from manufacturing to end-use.

Power Minister RK Singh has spoken on numerous occasions on the importance of battery storage to improving reliability of the grid and enabling the 500GW of new renewable energy India is committed to deploying by 2030. The Minister said last year that government-hosted tenders for energy storage systems will be held.

A recent report co-authored by government think tank NITI Aayog highlighted the critical importance of batteries for India to reach net zero emissions by its 2070 target date and more pressing interim target of meeting 50% of energy use from non-fossil fuel sources by 2030.

That report emphasised the role a domestic manufacturing value chain should play in the sector. It was written as India’s government launched a long-awaited drive to support the creation of 50GWh of advanced chemistry cell (ACC) manufacturing lines in the country over five years. Bids totalling 130GWh of potential production capacity of batteries for EV, BESS and other applications were sent in.

Meanwhile the Union Budget 2022-2023 announced in February included a provision to classify grid-scale energy storage as infrastructure, unlocking the availability of credit.

Just a few days before that happened, the Ministry of Power issued a clarification of the role of energy storage systems in the power sector, describing energy storage as “essential” to achieving the nation’s renewable energy and decarbonisation goals.

Also this year GE Renewable Energy opened a factory in Chennai, building equipment including inverters for solar-plus-storage and an integrated battery storage and power electronics solution. 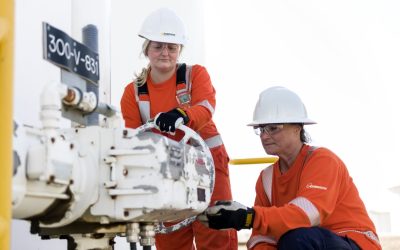 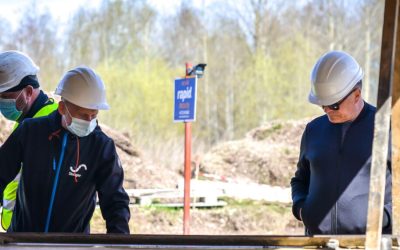