India’s government to tender for 4,000MWh of energy storage 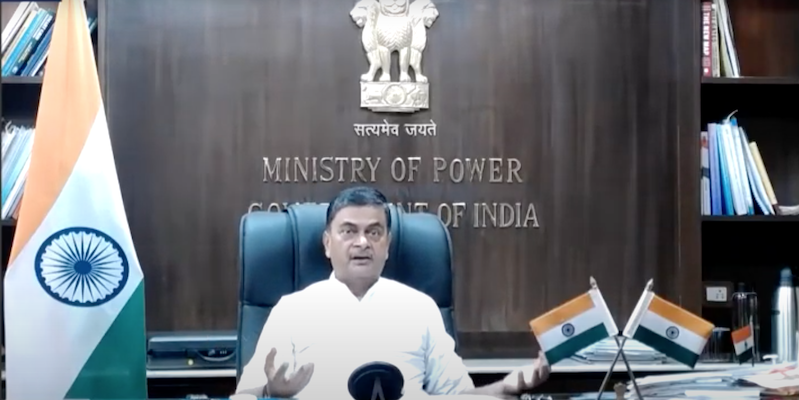 India’s government is set to launch 1,000MWh tenders for energy storage across each of four Regional Load Dispatch Centres (RLDCs), the country’s Minister of Power and New and Renewable Energy said at an event last week.

Minister RK Singh appeared at the online meeting, held by the Confederation of Indian Industry to discuss the aims and implementation of the Aatmanirbhar Bharat: Self-Reliance for Renewable Energy Manufacturing initiatives which were announced by the government of prime minister Narendra Modi last year.

Singh said that India is aggressively pursuing its decarbonisation goals and is on course to overshoot goals set in its Nationally Determined Contribution (NDC) to meet the Paris Climate Accord’s agreed measures to limit global warming to below 1.5°C. Nonetheless, enthusiasm for accelerating the energy transition has not been dampened by complacency, the minister said.

One of the keys to this acceleration will be to raise demand and various measures will be enacted, such as more stringent obligations to purchase renewable energy, supporting green hydrogen production and use by heavy industry and making green energy in India an attractive investment prospect.

Energy storage will be important to facilitate integrating a planned 450GW of renewable energy capacity by 2030 onto India’s electricity networks, and the government is planning an initial tender of 4,000Wh of energy storage capacity which can act as “instant intervention mechanisms”.

The storage will deal with the fluctuations of solar and wind energy as the renewable resources hit the grid in the form of ancillary services. That capacity will be made available to grid operators, but Minister Singh said that part of the storage capacity will also be made available to asset developers for use on a commercial basis, allowing them to “park their energy” when solar or wind production is at its highest, for use later during times of peak demand.

This dual stakeholder approach will involve both the Indian distribution companies (discoms) as well as developers. Singh said that the government is going to continue to create demand and add more opportunities to grow that renewable capacity, which, in line with the theme of the event, he said he wanted to see based on manufacturing in India.

While there have been various tenders for solar-plus-storage in India hosted by regional state governments and by national entities like the Solar Energy Corporation of India (SECI), and state-owned power producer NTPC recently opened a tender for 1,000MWh of energy storage across various existing power plant sites among its 65GW generation fleet, the 4,000MWh tender alluded to by the Minister of Power and New and Renewable Energy represents a significant push forwards at national government level towards enabling broader deployment of energy storage.