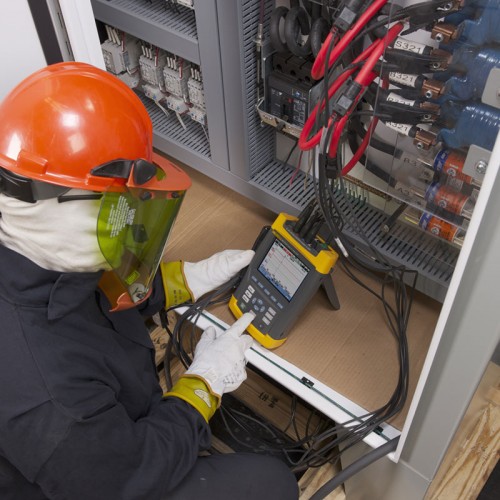 Australia’s energy and environment minister has hailed the country’s accelerating residential energy storage sales as a report has emerged from Chief Scientist Dr Alan Finkel which says the “financial equation is straightforward” for adding batteries to home PV systems.

Finkel’s office produced reports during 2017 which advised the government on the power market, opportunities and challenges for renewables and decarbonisation and the role of clean energy technologies in boosting the resiliency of energy networks across Australia. At the tail end of the year, he also published a report on the “transformative role” of energy storage.

Finkel had said that there should be better market designs to incentivise peak shifting of solar and other forms of generation, which could be done with battery energy storage in those reports. Nonetheless, in an Occasional Paper on energy storage which he has just put his name to, the Chief Scientist has said that it already makes financial sense for home PV system owners to combine them with energy storage systems.

“The financial equation [to buy energy storage systems] is straightforward, driven by the difference in the high price to purchase electricity compared with the low price to sell it to the grid,” the paper said.

Over 1.8 million Australian rooftops are fitted with solar PV, most of which are residential. Feeding solar into the grid only makes the seller around AU$0.08 per kWh, to give the ballpark figure quoted in Finkel’s paper, while retail prices the same homeowner would pay for grid power are at around AU$0.30 per kWh. Storing the electricity generated and self-consuming it onsite instead therefore represents a significant potential for savings.

Minister for Energy and the Environment Josh Frydenberg hailed the success of the market. Finkel found that around 21,000 home systems were installed during 2017, which Frydenberg claimed made Australia a world leader for installed capacity of batteries, when taken with large grid-scale projects such as Tesla-Neoen’s 129MWh Hornsdale battery project in South Australia and two others which Frydenberg’s government funded the installation of.

“This is why the Turnbull Government put energy storage on the agenda – to deliver a more affordable and reliable energy system for Australians.”

The minister also hailed the arrival of virtual power plant (VPP) projects, of which Australia is already hosting several, backed by Frydenberg’s government.

Standardisation aims at installers as well as inspiring consumer confidence

However, Germany is still thought to retain an overall leading position by annual sales, with a report from research firm Delta-ee and the European Association for Storage of Energy (EASE) on Europe’s energy storage market finding that as many as 37,000 home systems were installed there in 2017. Both Germany and Australia are still clearly moving faster than nearly every other market, with Europe’s next fastest-growing market, Italy, enjoying around 8,000 unit sales in 2017.

Frydenberg also said that going forward, the controversial National Energy Guarantee will ensure that utilities have to demonstrate they have reliable energy capacity available, including battery storage where applicable.

As the report emerged, it was also revealed groups including the Commonwealth Scientific and Industrial Research Organisation (CSIRO) and DNV GL will spur efforts for standardisation of system installation and other best practises.

Expert advisory and certification body DNV GL said it has been contracted to lead the creation of Australian Battery Performance Standard, a proposed document aimed at making residential and commercial consumers more comfortable with battery storage tech, informing their decisions and hopefully boosting market confidence. Australian Council of Learned Academies (ACOLA), which has worked with Finkel on his more recent reports, said back in November 2017 that “consumer confidence” is needed to capture the country's big opportunity to use energy storage effectively and develop a sustainable industry.

DNV GL has put together a consortium that includes CSIRO, well known for its PV research, Deakin University and trade group the Smart Energy Council. The drive is being funded jointly by the national Australian Renewable Energy Agency (ARENA) and the state government of Victoria. A draft is expected in the next two years.

Also in development is a guideline for standardised installation, by national body Standards Australia. Early iterations of that document were met with disdain for so-called ‘over-zealous’ safety rule proposals. The group later said it will fast-track work on this – the next draft of that document will be out this year, with a second round of public comments invited.

Energy-Storage.news heard from a senior sales representative at Chinese lithium battery and EV company BYD recently that Australia is the “second largest potential market” for residential batteries after Germany and as such there is a desire for standardisation. Julia Chen, senior sales director, said at Intersolar Europe / ees Europe that standards are most needed on the “installation side as it’s a new technology for installers”.

On a related note, Energy Networks Australia (ENA), a trade group representing transmission and distribution operators, said in June this year that a more consistent approach to grid connections of solar PV and battery storage is needed and published its own guidelines and recommendations for doing so.