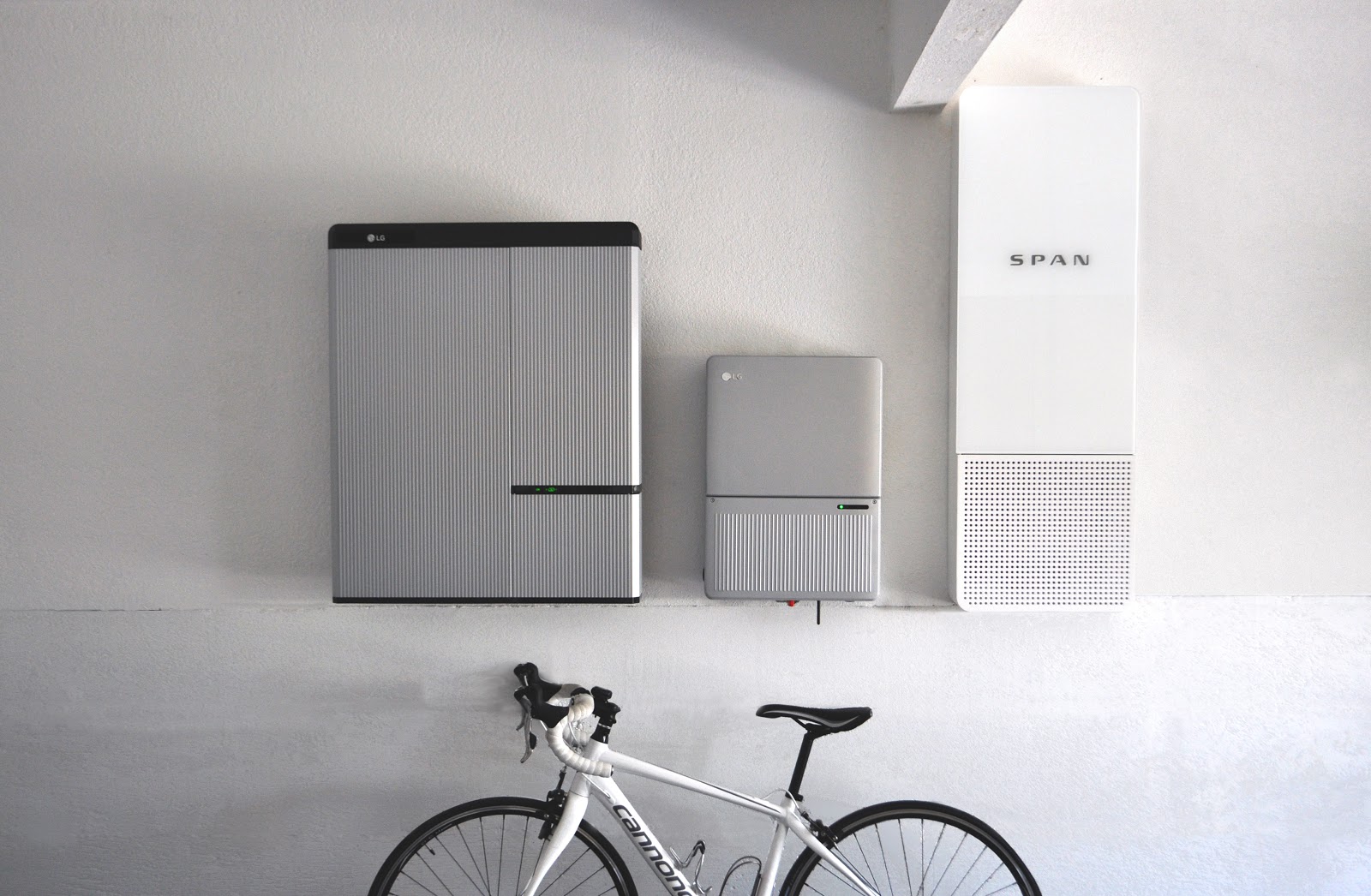 Span smart panel installed (right), with LG Chem battery storage, inverter… and a bicycle, which appears to be an obligatory addition to promotional photos of this nature. Image: Span.

A former Tesla head of products has said that his new start-up’s redesign of the humble electrical panel offers “breakthrough interaction with home batteries,” and can streamline both labour and component costs of energy storage installations.

Span CEO Arch Rao was leader of the product team at Tesla as it launched its own Powerwall home energy storage system in 2015. Claiming to have reinvented the home electrical panel, Span’s panel enables monitoring and controls that are aimed to enable better use of today’s modern, connected devices, including transparency for the backup functions that batteries can serve.

“We streamline battery installations in terms of components and labor costs while introducing breakthrough functionality for the customer,” Rao said.

“In many cases, you have to upgrade your panel or add a sub-panel when you upgrade your home to add solar and/or storage systems, which adds anywhere from US$2,500 to US$5,000+ to the installation cost. For the panel work and for battery storage projects, most of the total cost is dedicated to installation labor, which is roughly about 30-35%.”

Span’s wall-mounted white box can be cost-competitive with swapping out conventional panels, Rao claimed. It can also aid decarbonisation, not only because it is “purpose-built to make it easier to adopt and scale renewable energy” at residential level, but also is designed to make electrification of homes – and moving away from natural gas – easier through being able to add electrical loads to one centralised panel setup. 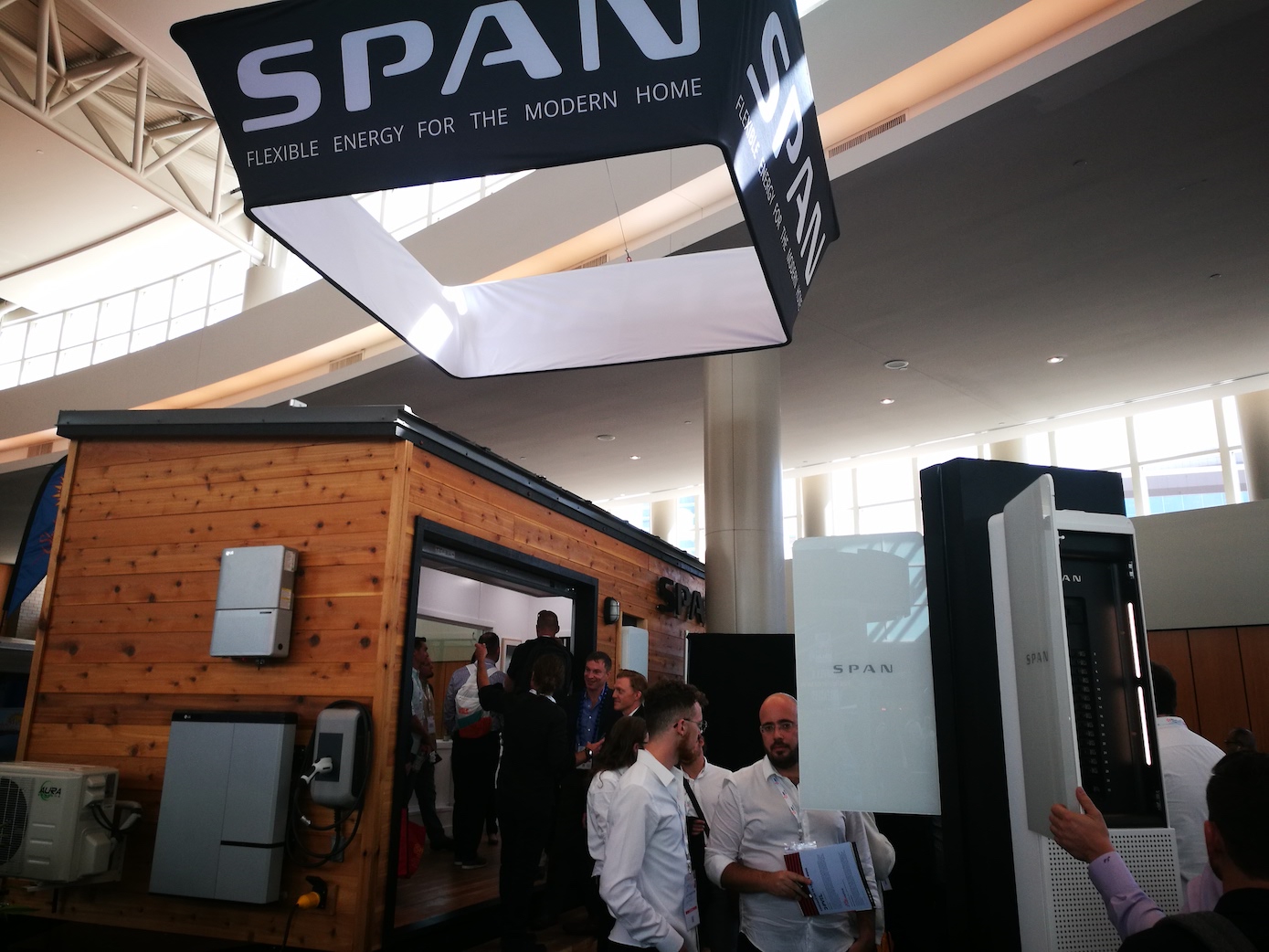 Span made its solar-storage industry debut at last year’s Solar Power International in Utah in September, where it built and brought a ‘tiny home’ to showcase the tech. Image: Andy Colthorpe / Solar Media.

In May, the company announced the raise of US$10.2 million in funding from groups including early stage cleantech investors ArcTern and impact investors Incite and Capricorn Investment Group as well as existing investors in the company including Wells Fargo Strategic Capital. Rao said that while LG is the first battery partner that offers compatibility with the Span panel, “there are more coming soon”.

“Despite the impact of COVID, we’ve kicked off product deployments in California and Hawaii. Smarter storage is essential in summer due to everything going on,” Arch Rao said.

As well as enabling the easy and controllable addition of solar, storage and EV charging to home electrical systems, the company wants the panel to act as a “digital interface for your entire home,” perhaps mirroring the way that the Nest thermostat has been successful in adding functionality, transparency and control to home climate control. Indeed, Matt Rogers, co-founder of Nest, is part of the leadership team at Span investor Incite.

“We founded Nest to reinvent the largest energy user at home, the thermostat. We replaced an ugly household device with something that invited interaction and saved energy,” Matt Rogers said in a press release back in May.

“Span has the potential to solve that for every load in the home. That's why I've come on board as an investor to Span and an advisor to Arch”.

With the growth in interest in battery backup in key markets including California in recent times, Arch Rao told Energy-Storage.news that Span “delivers breakthrough interaction with home batteries”.

It does this in two ways, the CEO said. The first is that it is customisable to let customers choose what gets backed up, meaning critical loads do not have to get wired into another sub-panel.

The second aspect of this “breakthrough interaction” is that the panel allows customers to have transparency over how much backup time remains on the battery storage: “battery power flows, state of charge, and estimated time remaining are all easy to see in Span’s app,” Arch Rao said, while in normal times the app allows customers to see the contribution the battery is making to the home energy mix.

“With or without solar, Span makes it easier to intelligently manage your home energy. Span plus a battery but without solar is also a very valuable solution for areas where the grid already offers clean power and you are solving for power reliability issues. Span’s breakthrough energy controls for prioritising any circuits for backup offer extremely high value for these customers”.