Current board member since September 2021 Nebreda will succeed Dubuc as president and CEO of the company, effective 1 September, 2022. This will follow a transition period with Dubuc, who has been at the helm since May 2020, to ensure a smooth handover.

Nebreda comes from 15 years at AES Corporation, one of the two companies which Fluence was spun out of, along with Siemens, which together still hold a majority of the company’s shares.

His most recent position was executive VP and president of US & Global Business Lines, before which he headed up geographic segments of South America, Brazil and Europe (in descending chronological order).

A press release said that his latest role gave Nebreda responsibility for AES’ renewables’ growth in the US through its clean energy business, including ‘development and implementation of robust supply chain strategies’.

Herman Bulls, Fluence chairman, said: “I want to thank Manuel for his leadership through Fluence’s expansion into Fluence Digital’s AI-enabled technologies, Fluence’s addition of key strategic shareholders, and Fluence’s initial public offering last year. As we look ahead, Julian brings decades of experience in driving transformational change in the energy sector that will benefit Fluence and ultimately deliver value to our shareholders.”

Nebreda will have an annual base salary of US$600,000 per year with a target annual cash bonus opportunity of 100% of that, meaning total potential remuneration of US$1.2 million. He is also receiving a a one-time grant of $2,500,000 of stock which will vest over three years.

The company grew revenues 250% in its second quarter (January-March), it announced in May when it revealed that it had brought raw material indices-based (RMI) pricing to hedge against price fluctuations (something which has existed in the EV sector for many years).

Fluence topped research firm IHS Markit’s ranking of the largest system integrators globally for 2021. It is also one of the most internationally diversified operators, with projects delivered or announced in the last month alone in Ireland, Taiwan and Lithuania. Growth and market development director for EMEA Julian Jansen recently explained the benefits of being international in an interview with Energy-Storage.news.

But, as Energy-Storage.news reported yesterday, it is also aiming to improve delivery times in its home market of the US with a new assembly facility in Utah.

September 19, 2022
Fire testing of Fluence’s battery storage solution showed that thermal runaway in one ‘Cube’ would not spread fire to surrounding units.

September 15, 2022
Canadian Solar has launched a utility-scale energy storage product and announced a battery manufacturing capacity target of 10GWh by end-2023, up from 2.5GWh today. 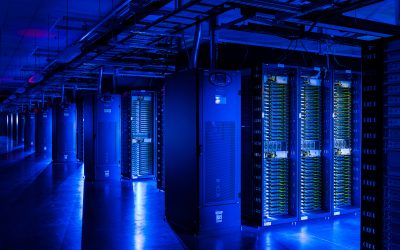 September 15, 2022
Microsoft, Meta, Fluence and other energy storage players have founded a consortium to assess the technology’s emissions reductions.