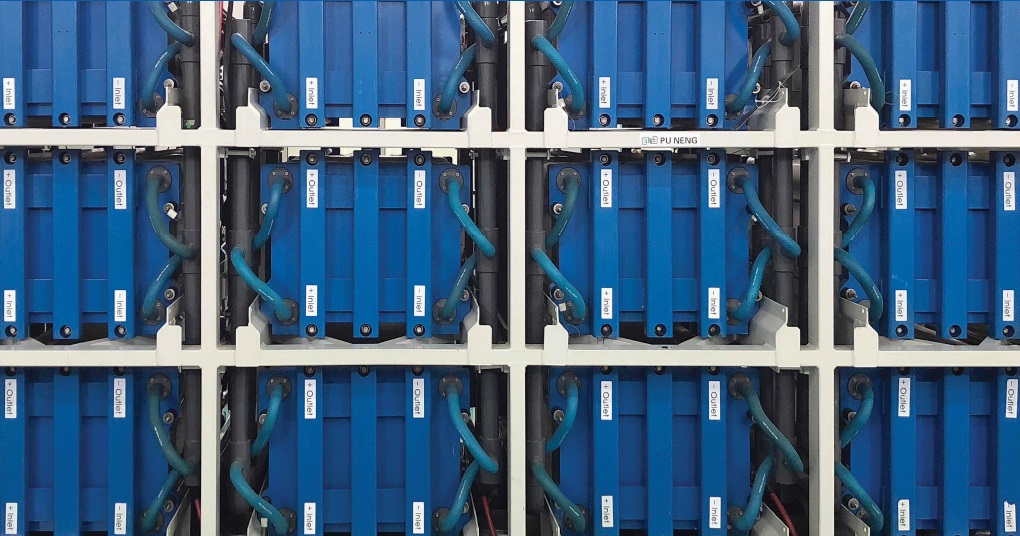 VRB Energy, a maker of flow batteries headquartered in Canada and owned by a metal resources and mining company, said the first phase of a 40MWh flow battery project in China has now been commissioned.

The company said that it has now successfully commissioned a 3MW / 12MWh vanadium redox flow battery energy storage project which represents Phase 1 of the Hubei Zaoyang Utility-scale Solar and Storage Integration Demonstration Project, set to be 10MW / 40MWh when completed. It represents the latest step since the previous update on the project, when the first 250kW / 1MWh battery module was commissioned a few months ago.

Chinese national government and local government officials conducted an official inspection of the 12MWh system, thought to be the largest system using this technology in China in operation to date.

The main investor in the project is Hubei Pingfan Ruifeng New Energy Technology Ltd. Company chairman Xie Guoguang pointed out in a statement that Hubei Province has abundant vanadium resources.

As previously mentioned on this site, the Hubei project and other large demonstration systems like it are being built in China to support the aims of its National Development and Reform Commission’s national energy storage policy. VRB Energy said the Hubei Zaoyang project will inform the development and construction of multiple flow battery projects in the province, each of hundreds of megawatts.

In last year’s special two-part feature article on a selection of flow battery providers and their strategies, VRB’s VP for business development Jim Stover said that the company saw its vertical integration capability as a possible key to success in the energy storage market.

Meanwhile, Energy-Storage.news has also heard from VIZN Energy, a US-headquartered provider of its own flow batteries – this time based on a zin-iron chemistry – that the company is entering the Chinese market.

Last heard from when it emerged the company had fallen into difficulties, furloughing staff in the US but denying it had gone out of business, VIZN said last week that it has entered a strategic alliance with WeView Energy. WeView is a joint venture company formed by Hasen Electric, Shanghai Lingxin (controlled by Jingyi Electrical), both power conversion and switchgear equipment makers, developer Intelion and Jiangxi Lelai. WeView is working in partnership with state-owned power company PowerChina’s subsidiary, Jiangxi Electric Power Construction Corporation (PowerChina JEPCC).

WeView has taken a minority equity stake in VIZN while the two parties have formed a China licensing agreement and “mutual commitment to exclusively pursue the China utility scale storage market with ViZn technology,” VIZN said in a statement.

VIZN talked up the potential of the agreement to add the engineering, manufacturing, construction and servicing capabilities of its new local partners to the company’s push into China.

“We have been looking for game-changing technology like VIZN's for a long time. Every year, PowerChina builds gigawatts of renewable energy projects, all of which require a reliable, 20-year, energy storage solution,” WeView president Ge Yuhua said.

VIZN CEO John Lowell said his company’s flow batteries, which promise a 20-year lifetime with zero capacity fade and twice daily cycling, “is uniquely suited to support the integration of the thousands of gigawatts of new wind and solar power to be installed globally over the coming decades”.

Lowell said VIZN had gone looking for strong partners to help it move into China, which the CEO called “one of the largest markets in the world for grid-scale storage”.