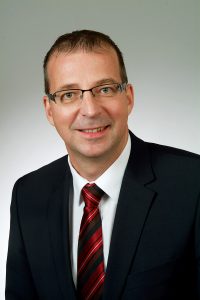 Six companies from the Germany-based KLIB (Kompetenznetzwerk Lithium Ionen Batterien – ‘Competence in Lithium-Ion Batteries’) group, which includes the likes of Daimler, Bosch, 3M, Manz, Wacker, Kuka, Varta and Litarion in its membership, formed TerraE in May 2016.

The plan is to build two lithium-ion cell production facilities in Germany with a production capacity of 34GWh by 2028. The factories will be operated as an OEM (original equipment manufacturer), with TerraE owning and running the facilities, contracted to assemble battery cells for customers.

TerraE claimed to have established a consortium of 17 unnamed companies and research institutions this summer and said that potential customers and investors had already been approached, from sectors including stationary energy storage system makers, electric vehicle companies and the industrial power and equipment sector. According to TerraE, all of these prospective customers and investors have a direct interest in establishing battery supply lines in Germany.

This morning the group announced that it had signed a Memorandum of Understanding (MoU) with Sydney-headquartered Magnis Resources, for the Australian company to supply graphite with which to make anodes for the battery cells. TerraE said production is expected to begin during 2019. Magnis develops mineral resources in Australia and Africa, with a graphite production ‘flagship’ site in Tasmania.

In terms of comparison, Tesla’s Gigafactory, being built in partnership with Panasonic in Nevada, is intended to be able to produce 35GWh of battery packs a year by 2018, ramping up to 50GWh by 2020, according to original plans for the factory put forward by the Fremont, California-headquartered company in 2014.

Meanwhile, a Swedish start-up, Northvolt, is planning its own European Gigafactory, of 32GWh production capacity, divided into four 8GWh blocks. In July this year, Northvolt, which was started by former Tesla executives, said it had narrowed its choices down to two potential site locations.

Elsewhere in the world, Energy-Storage.News was told earlier this year by Dr Rahul Walawalkar, CEO of the India Energy Storage Alliance (IESA), that various companies in India could build several gigawatt-scale lithium battery factories by 2019.