California’s recent droughts and ongoing need to economise water use have inspired more commercial energy storage at a local water board, with ENGIE Storage delivering a project for the San Diego Water Authority.

The new battery energy storage project is expected to save the Authority (SDWA) US$100,000 per year on its energy costs. The batteries will be used to store low-cost solar energy for use during peak times and times of low solar generation. SDWA and ENGIE Storage, which was formerly known as Green Charge prior to its acquisition by the European utility, struck up a deal for the project in May 2017.

The batteries are being delivered under one of ENGIE Storage’s storage ‘as-a-service’ business models – they are being installed at no front cost to SDWA. Sited at Twin Oaks Valley Water Treatment Plant, they are coupled with 4,800 PV panels, already in place, that generate around 1.75 million kWh of power annually.

Andrea Altmann, senior management analyst at SDWA’s Energy Program, told Energy-Storage.News that the battery energy storage is a 1,000kW system which can store 2,000kWh per day. Altmann confirmed that the Water Authority “will be evaluating opportunities for more battery storage in the future,” in addition to exploring the construction of a possible 500MW pumped hydro facility and a handful of other initiatives.

The system is worth around US$2 million, with ENGIE Storage and SDWA striking up an agreement that the storage provider will own and operate it for 10 years. After this first decade, SDWA can consider purchasing the system, extending the existing agreement, or remove the project altogether from the site if desired. US$1 million in funding was available to the project through California’s SGIP (Self-Generation Incentive Program) which incentivises solar, and energy storage installed with solar.

It’s the latest project in California from the water sector. A project from fellow C&I energy storage market leader Advanced Microgrid Solutions (AMS) for Long Beach Water Department to build a 500kW / 3,000kWh energy storage system was expected to save the Department around US$150,000 a year when it was announced in late December 2017. Meanwhile, Los Angeles Department of Water and Power (LADWP) contracted Doosan GridTech to build a 20MW lithium-ion battery energy storage system (BESS), aimed at reducing LADWP’s reliance on natural gas. 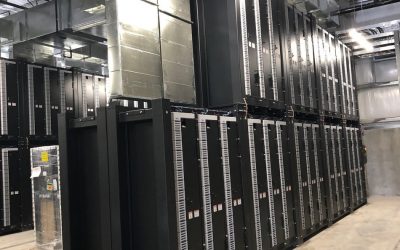