The merger with the multi-technology renewable energy industry trade group was proposed just over a month ago. It was first approved by the boards of both groups, and will become effective on 1 January 2022. ESA represents more than 200 companies across the whole US energy storage value chain and has grown as the country’s industry has over the past five years, appointing former utility commissioner Kelly Speakes-Backman as its first CEO in 2017.

Speakes-Backman left at the beginning of this year after being picked to serve in the Biden-Harris administration as the Department of Energy’s Principal Deputy Assistant Secretary for Energy Efficiency and Renewable Energy. Burwen, the group’s former VP of policy, stepped in as Interim CEO.

ESA has worked with policymakers and stakeholders throughout the years, offering input and comments on key decisions made by regulators and legislators and is currently among those advocating strongly for the introduction of an investment tax credit (ITC) for standalone energy storage.

For instance, Jason Burwen made a recent statement warmly welcoming the support for the upstream energy storage supply chain in the US’ bipartisan infrastructure bill, but lamented that an ITC was not included to stimulate demand. The ITC could yet be introduced this year through budget reconciliation however.

Following the merger, working to advocate for the ITC will be a top priority, ESA said in a press release.

Meanwhile, the American Clean Power Association (ACP) was only formed at the beginning of this year but seeks to represent member companies across a broad cross-section of the clean energy industries, including wind, solar, transmission and energy storage companies to manufacturers, construction and developer groups, asset owners and operators, utility companies, financiers and corporate energy purchasing entities.

The group’s CEO Heather Zichal has a background mostly in climate sector NGOs but also served as Deputy Assistant to the President for Energy and Climate Change during the Obama administration. Zichal said earlier this week that the ESA merger “will enhance our ability to become a more forceful advocate for wind, solar, storage and transmission”.

“The merger will help deliver more value for our members and build a best-in-class trade association that is nimble, effective and able to represent all clean energy industries with a unified voice on some of our top priorities including the investment tax credit for storage projects.”

ACP is going to establish a Storage Council to guide the group’s strategic priorities regarding energy storage ahead of the merger. It aims to further represent a diverse range of business models and industry segments, in line with the versatile and multi-faceted capabilities and scales of energy storage assets, in decision-making and advocacy.

“ESA’s membership has approved a merger with the American Clean Power Association, starting a powerful new chapter for energy storage. The U.S. energy storage industry has passed an inflection point in its growth. Merging with ACP will ensure our members have the resources and support they need to attain ESA’s vision of 100 GW of new energy storage by 2030,” ESA’s Jason Burwen said.

“I look forward to working with ACP’s CEO, Heather Zichal, and the rest of ACP’s leadership to continue serving our members with advocacy, education, research and networking on an expanded platform. Our clean energy future depends on deploying both energy storage and renewables at scale. We rise faster together.” 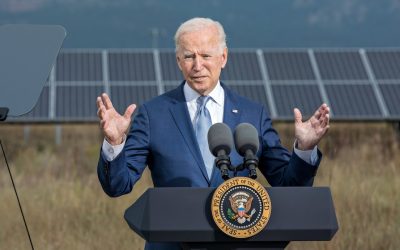 June 14, 2022
Actions taken this month by the US government to support solar industry unlikely to come at the expense of support for energy storage. 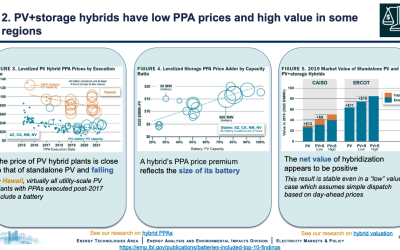