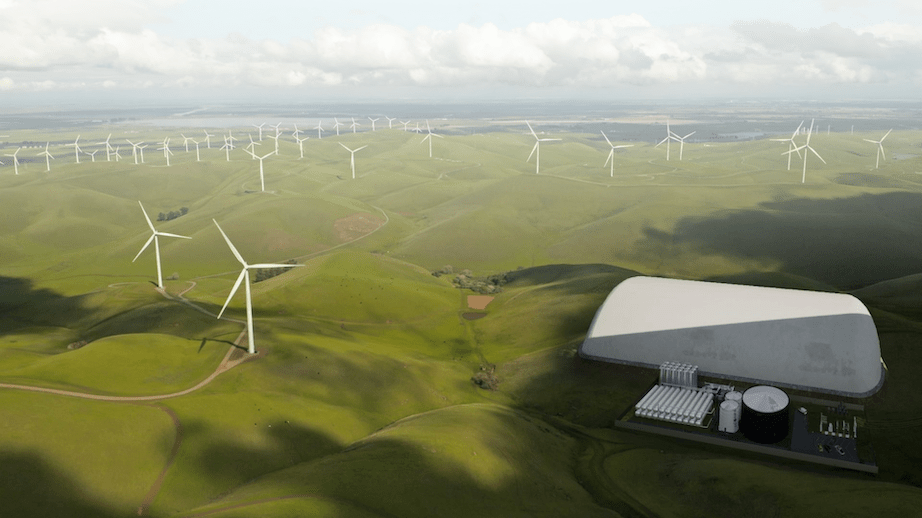 The CO2 battery technology has been developed by Energy Dome, a Milan-headquartered company founded by technologist and entrepreneur Claudio Spadacini and incorporated two years ago. The battery can offer long durations of storage between three to 16+ hours, can be built using off-the-shelf components used in other industries and uses a closed loop thermodynamic process which can enable a high round-trip efficiency, the company claims. It also suffers “little or no degradation” over an anticipated lifetime of more than 25 years.

The battery charges by drawing CO2 from a dome where it is kept, condensing it into a liquid at ambient temperature, while heat created by the compression process is stored in thermal energy storage systems. It then discharges by evaporating and expanding the CO2 back into a gas by heating it using the thermal storage systems. The gas is driven through a turbine to inject power into the grid and then pushed back into the dome, ready to be used for the next charging cycle.

Energy Dome said the demonstration plant will be used to prove the technology’s efficiency, as well as its capability to provide energy and regulation services for the grid. The main technical risks it faces are to do with component integration, according to the company, but if successful the project can be expanded initially to 8MWh or more.

Meanwhile, the demonstrator will be built using the same components that would be used in a much bigger configuration, with Energy Dome suggesting that 25MW / 100MWh or 200MWh plants could later be built once the tech is shown to be ready for market.

On its website, the company compares the technology as being potentially lower cost than compressed air energy storage (CAES) or liquid air energy storage (LAES), which might be considered competing energy storage technologies. This is because unlike CAES which requires very large underground sealed vessels such as salt caverns to store a large volume of air, or LAES which requires equipment to cool air until it liquifies, the liquid phase CO2 can be stored at ambient temperature, the company said.

Energy Dome also said in a press release this week that its solution could also overcome the limitations of lithium-ion, posing no fire risk, manufacturable without rare earth materials and also even has better performance and lower capital cost. The demonstrator in Sardinia is expected to be launched early next year.