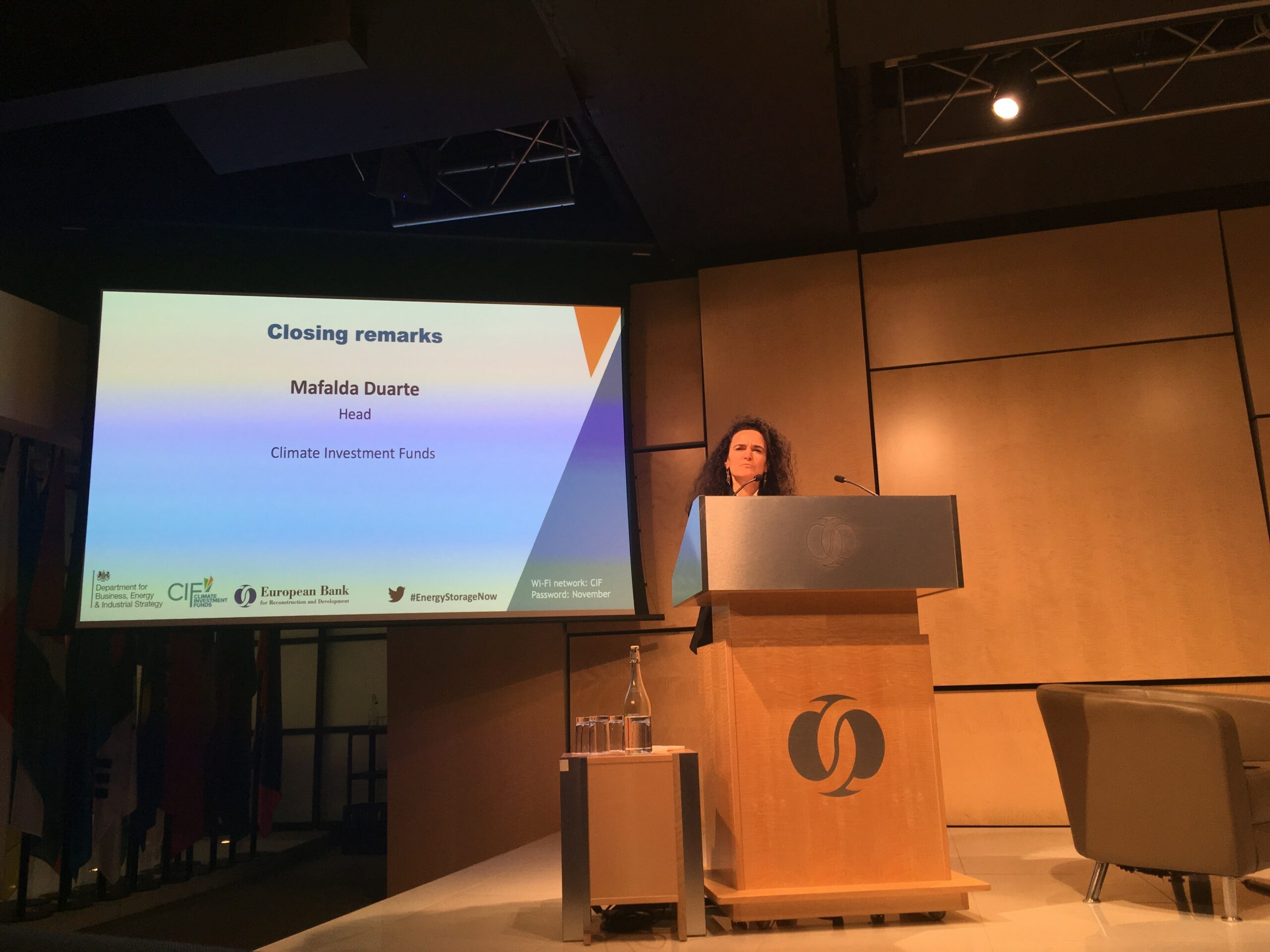 The energy storage industry still faces many challenges, particularly in emerging markets, but the opportunity is huge too, industry members argued at a recent Climate Investment Funds event in London.

At the beginning of the day, Amy Grace from Bloomberg NEF said that over the next two decades $662 billion of investment will be needed in stationary energy storage for example.

But how to secure financing, and fitting the best form of storage to a markets specific needs provide hurdles for the industry.

Financing storage projects remains a challenge for a number of reasons. In many markets, the value is still hard to demonstrate, as the immediate value can be less tangible than other technologies such as renewables. Furthermore, policy and regulation which could make the value evident are missing, and without which the storage sector will struggle.

Daniel Wiedmer from the Asian Development Bank also added that storage hasn't seen anything like the feed-in tariff for wind and solar, there is no merchant wholesale market, and specifically in South East Asia, the variable renewables are still low percentages, meaning storage is not a priority.

“Storage is one of those linchpins that to date is highly talked about, but relatively badly understood,” and this has held back financing according to Hassen Bali from Ion Ventures.

There are, increasingly, options though. In particular, systems that include generation and storage present a huge opportunity for many remote areas in particular.

In more developed markets, green bonds have become a huge facilitator, with $200bn worth of green bonds expected from the London Stock Exchange this year. Although how ‘green’ these actually are seems ambivalent.

The challenges in emerging markets

There is a huge potential for storage systems to make a difference in most emerging markets. During the event, there were representatives from India, the Maldives and DNV GL’s Department for Energy Storage in Europe, the Middle East and Africa.

There are many geographical constraints on such markets, dictating their interest in storage systems. The Maldives’ island nature provides an extreme challenge for example, that has led them to rely heavily on diesel generators. As it increases the amount of renewables however, with the goal of 70% renewables by 2030, storage will be needed to ensure islands aren’t cut off.

The variety in emerging markets means more care needs to be taken when planning projects, to not just learn from other countries but to communicate with locals in the areas where projects are planned.

The available supply chain can also present problems too, as Harsh Thacker from the India Energy Storage Alliance highlighted. The lead times for new technology can be too long, for example he said a lead acid has a led time of two days and lithium ion six weeks as it is in India.

One of the challenges distinct to emerging markets is that consumers are often not used to security of supply. As such, there is less public outcry over outages than in developed countries. For example, the UK experienced its worst blackout in a decade in August 2019, with almost a million homes left without power for an evening. Outrage and investigation quickly followed, including an emphasis on the potential of energy storage to fill gaps in the future.

In emerging markets though, outages are often common place. As such, there is less pressure on suppliers and government to provide backup power in the form of storage.

Finally, the jury appears to still be out on which storage technologies will be the most successful. While lithium-ion batteries are the clear winner currently, with a predicted worth of almost $107 billion by 2024, others could still rise.

The lithium-ion battery has been the standout technology, as it “hitched a ride on the back of the EV revolution,” said Rory McCarthy from Wood Mackenzie Power & Renewables.. “Li-ion has won the race for the next 10-15 years, but the race is not over.”

This is particularly pertinent as lithium-ion has limited capacity to meet seasonal demand, something that’s particularly pressing in emerging markets like India.

Which technologies will be able to meet that gap is still up in the air, with three potential solutions pitched during the Beyond the Battery: Innovative technologies and approaches for energy storage breakout session. Two of these were thermal storage systems, one a compressed air system that would cost just $5/kwh according to Henrik Stiesdal from Steisdal Storage Technologies, and one that utilises the storage side of CSP that is hoping to retrofit coal plants in Germany, creating storage sites instead according to Michael Geyer from the German Aerospace Center.

The final storage alternative discussed was from Energy Vault, who are currently working on a prototype of their mechanical storage system.

Suggestions of alternative storage came up in many of the sessions with support for hydrogen and flow amongst other solutions evident.