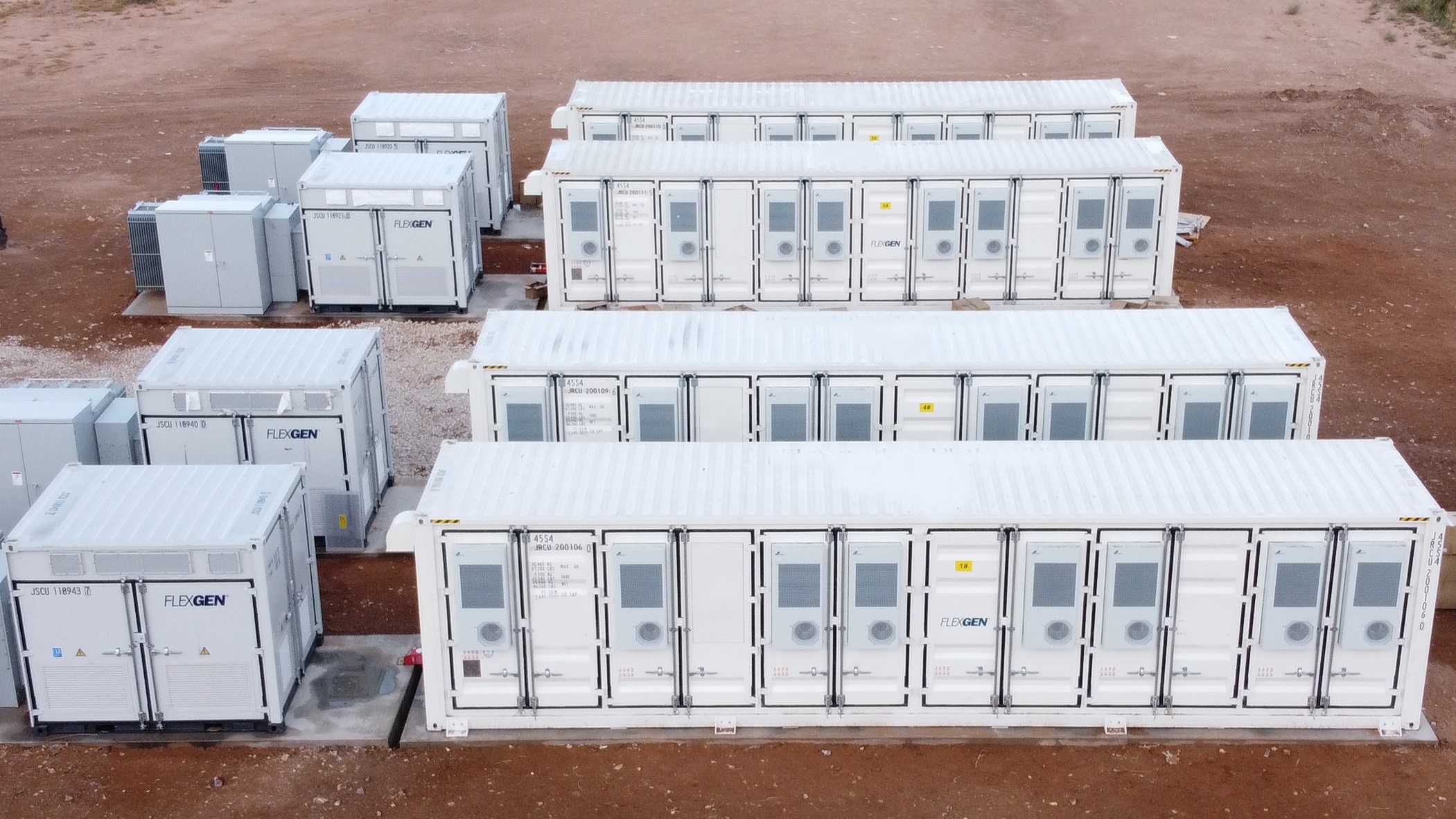 One of a number of FlexGen battery storage projects already in operation in Texas, several of which were the same size and capacity as this one (10MW / 11MWh) and help stabilise electricity supply for communities near Houston. Image: FlexGen.

Update 7 January 2020: In response to some queries from Energy-Storage.news, a FlexGen representative said that the battery storage systems will be 110MW / 110MWh each, both putting 100MW of usable resource onto the grid and that they will utilise 280Ah CATL lithium iron phosphate large format battery cells. The representative also said that Josh Prueher and Doug Moorehead are now full-time with IPP Broad Reach Power, having left FlexGen.

The battery storage systems will be delivered to an independent power producer (IPP) customer, FlexGen said in a press release sent to Energy-Storage.news yesterday. While the customer has not been named, FlexGen did reveal that the two projects are in the Texas Hill Country in the US state, will be standalone energy storage systems i.e. not colocated or directly paired with renewable energy assets on the same site location or grid connection; and that they will serve as dispatchable assets. As well as system integration services, FlexGen's core value proposition includes development of the company's HybridOS energy management system (EMS) which drives its projects.

“FlexGen continues its leadership in the Texas energy storage market with its integration services and HybridOS energy management system. CATL is delighted to work with FlexGen again on these record-setting projects with Outdoor Liquid Cooling rack which is a convenient energy storage system (ESS) solution for integrators and investors,” CATL's head of its America and Europe energy storage system business, Tiger Li, said.

The Texas market for energy storage has grown rapidly in the past couple of years, driven by a combination of rising shares of renewable energy in the state’s energy mix, along with market design in the Electricity Reliability Council of Texas (ERCOT) service area that has created favourable conditions for battery storage to compete. ERCOT regulates and operates electricity markets covering the supply of more than three-quarters of Texas' consumers and businesses.

After a handful of completed and announced projects by 2019, throughout 2020 Energy-Storage.news reported on growing numbers of mostly standalone battery storage projects in the state with around one hour duration of discharge, with developers and independent power producers from all over the US and elsewhere getting involved. Notable examples last year included the start of construction on a 100MW project by partners Able Grid, Map Energy, Astral Electricity and Mortenson in August, thought to be Texas’ largest such project so far; while Key Capture Energy, Mitsubishi Hitachi Power Systems and Powin Energy are partnering on 200MW of standalone battery systems. That 200MW – across three separate projects – is also expected to be built using CATL’s lithium iron phosphate (LFP) battery cells, with system integrator Powin having a master supply agreement in place with the Chinese manufacturer.

Another interesting recent example was that of Broad Reach Power, an IPP and relatively new entrant into the energy storage market, which last year began building a total of 15 10MW / 10MWh battery storage projects in Texas and then said it will rapidly scale up into building two 100MW projects on greenfield sites in the Texas counties of Williamson and Mason. This pattern of building a number of relatively small projects first before embarking on more ambitious project development cycles has been seen from other players too. Meanwhile FlexGen has worked on projects with the IPP already in the state while Broad Reach Power’s chief technology officer (CTO) and managing partner Doug Moorehead is also FlexGen’s president and CTO. The energy storage technology company’s chief financial officer (CFO) – and another managing partner – Josh Prueher also serves as FlexGen CEO and was its founder.

FlexGen, which began as an international microgrid developer serving entities including the US military, claimed to have so far established an 80% share of the Texas energy storage market so far: projects the company has already delivered in the state include its largest battery system in operation to date, a 10MW / 42MWh project at the site of a solar farm in Upton County for utility Vistra Energy.

In a recent interview with Energy-Storage.news, FlexGen’s chief operating officer (COO) Alan Grosse said that that project was also considered to be the first solar-plus-storage project at utility-scale on the US mainland. However, the energy storage portion of that project had a use profile based more around trading the asset in arbitrage opportunities, in other words, it operates more as a standalone storage system colocated with solar rather than as a solar-plus-storage system where the batteries and solar are combined to create a dispatchable PV plant.

The Texas ERCOT market is ripe for batteries to provide ancillary services such as frequency regulation, Grosse said, as well as arbitrage and energy trading. Unlike the Upton project, most of FlexGen’s projects in Texas are one hour duration systems, which currently makes the most economic sense for standalone storage and so far this pattern has been followed by others in the industry building projects in the state.

For projects under 100MWh capacity that bankability may be less important, the FlexGen COO said, but for the larger projects, the ability to get debt financing that bankable performance warranties provide is probably the “number one factor” enabling them to go ahead.

FlexGen was recently awarded contracts for what will be the largest storage systems so far in Indiana, where the retirement of coal powered generation assets is making the state one of the US' hidden gems as a market for energy storage, Grosse said. Incidentally Vistra Energy, FlexGen's customer for the 42MWh Upton project is planning to use 1GW of solar and storage to mitigate the impact of retiring several gigawatts of coal in Texas too in the next few years.

Our interview with Alan Grosse of FlexGen was also used for the recent PV Tech Power feature article, 'US energy storage in 2021: Notes from a maturing industry,' alongside input from Jeff Bishop, CEO at Key Capture Energy and Tom Buttgenbach, CEO of 8minute Solar Energy. You can download the quarterly journal or subscribe from the PV Tech Store. 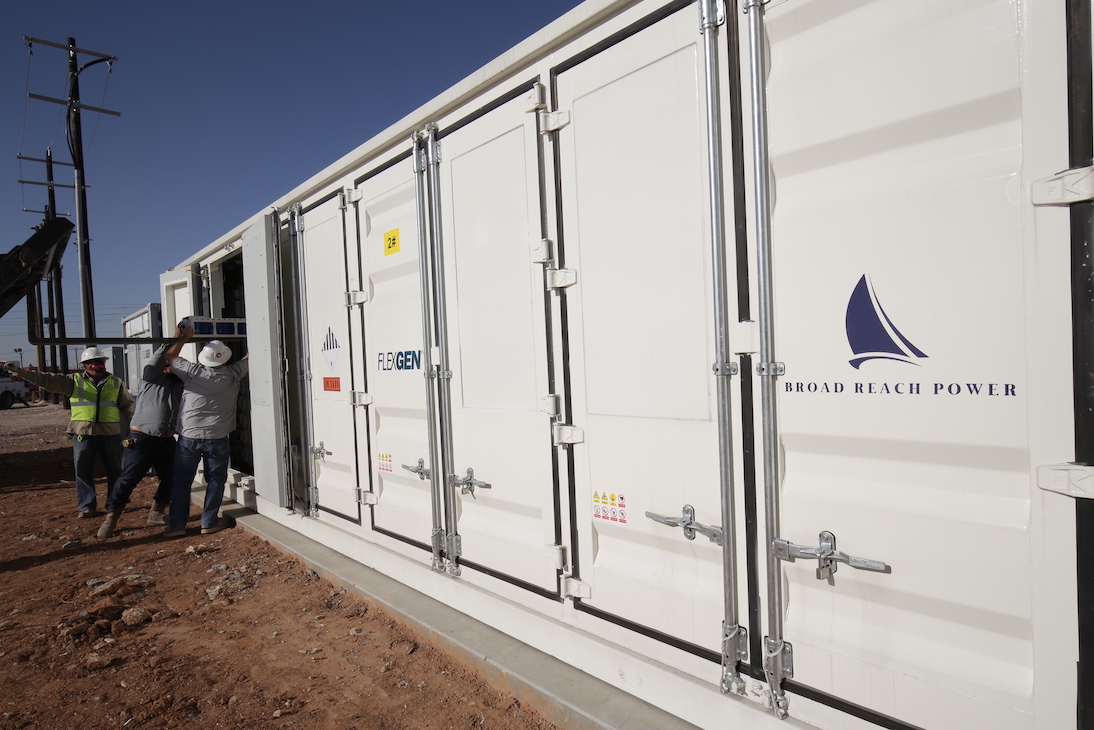