Canadian Solar subsidiary Recurrent has 2.3GWh of US battery storage contracted or in construction 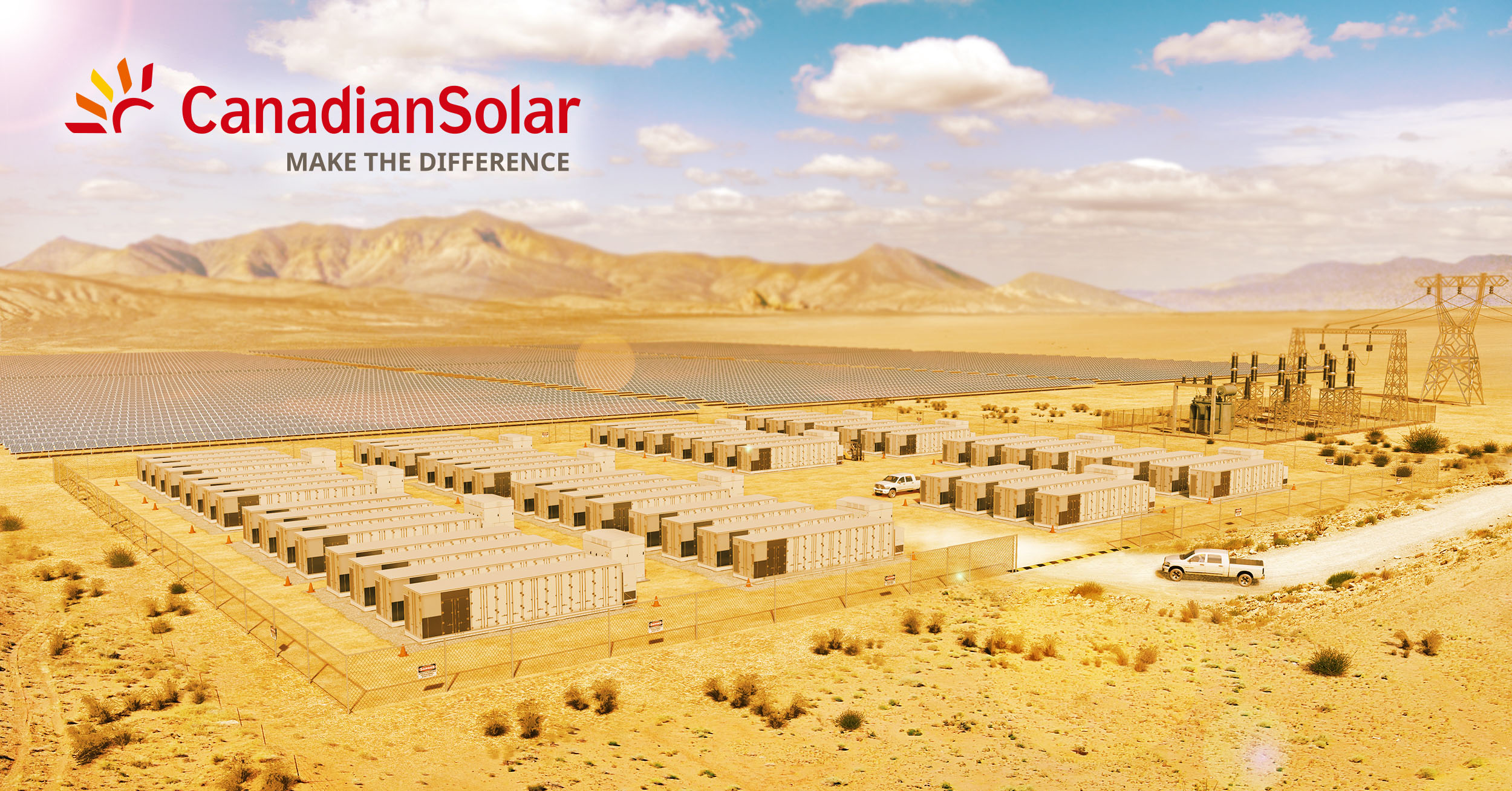 Rendering of the Slate project in California, which Recurrent Energy broke ground on in January after its sale to Goldman Sachs Renewable Energy. Image: Canadian Solar via Twitter.

Recurrent Energy, the project development subsidiary of vertically-integrated solar PV company Canadian Solar, has claimed that it has 2.3GWh of battery storage projects in “late-stage development”.

Canadian Solar is in the top ‘Solar Module Super League’ rankings created by our colleagues over at solar technology website PV Tech. Over the past few quarters of financial reports, the NASDAQ-listed company’s leadership has emphasised the growing importance of battery energy storage, both to the continuing success of the solar industry and in its own right as a clean energy asset class.

The 2.3GWh of projects are mostly already in construction and are all in California, but are part of a bigger pipeline of about 11GWh of battery projects around the US that Recurrent Energy is currently hoping it can close contracts on. Canadian Solar CEO Dr Shawn Qu referred in a brief statement to forecasts from analysts that as much as 12GWh of energy storage could be deployed in the country this year, about three times 2020’s installation figures, which he said would double the installed capacity of battery storage.

A large percentage of Recurrent Energy’s projects are in California, and include standalone battery storage projects, retrofits of batteries to existing solar PV sites and new build solar-plus-storage. These include the Crimson 200MW / 800MWh battery energy storage system (BESS) in the desert in Riverside County, which is co-located with large-scale solar but will operate separately and is set to go online in summer 2022.

In reporting its Q1 2021 financial results in May, Canadian Solar had said that its manufacturing arm, CSI Solar, has like much of the solar industry been affected by recent rises in raw materials and transportation costs. In its Recurrent Energy press release yesterday, the company pointed out that CSI Solar also delivers fully-integrated battery storage solutions and this is likely to soak up at least some of the growing demand.