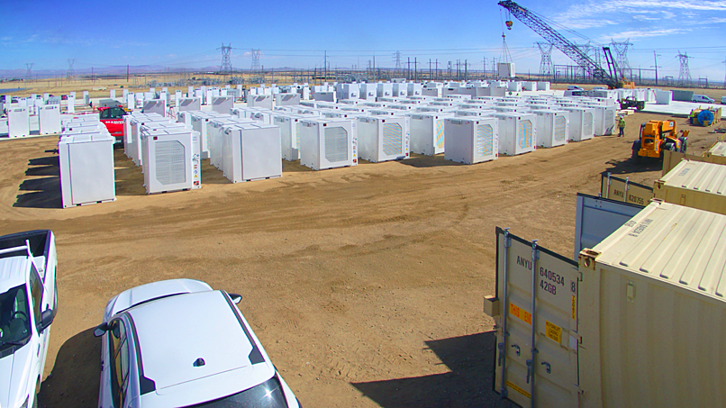 The California Independent System Operator (CAISO), which oversees much of the US state’s electricity infrastructure and markets, is preparing for the coming “surge” in energy storage deployments.

CAISO said last week that it is exploring market reforms that would help it “embrace a historic tide of commercial-scale storage technology onto its system in the next few years”. It has recognised that better alignment is needed in its markets between price signals and cost recovery mechanisms to the changing needs of the modern, renewables-based grid. The ISO said California’s grid could become an exemplary model for the global energy transition to low emissions technologies.

California is already consistently leader of the state-by-state charts for energy storage both at behind-the-meter residential and commercial and front-of-the-meter utility-scale levels according to analysts like Wood Mackenzie Power & Renewables, which tracks the market on a quarterly basis.

Ever since it became the first US state to introduce and then implement a mandated target for battery storage procurements by its main investor-owned utilities (IoUs) and then more recently the first state to commit to carbon emissions-free electricity — setting a goal of 2045 through the landmark SB100 legislation — California has seen some of the largest battery systems in the world installed behind its state lines, with many more to come.

CAISO believes that the amount of battery storage on its transmission system will increase four-fold between late last year to this summer, from about 250MW of storage resources connected to the grid, to 2,000MW by the beginning of August. Indeed, since the end of last year the coming online of a couple of prominent projects have already doubled that installed base to about 500MW today.

California has also been one of the first places in the world to see batteries deployed for the grid that can store multiple hours of energy, with the upper limit for cost-effectively using lithium-ion batteries at large-scale seen at four hours today. CAISO said the majority of the new battery storage capacity is likely to be four hours’ duration.

“We are excited to work with our industry partners to further evolve our market rules and fully unlock the value of energy storage technologies,” he said, adding that the drive for decarbonisation in California has placed his organisation on the “leading edge of the energy storage revolution”.

Opening up the market to non-traditional energy resources

AES Corporation brought one such battery system, the 100MW / 400MWh Alamitos Battery Storage Project, online on the first day of this year. Providing peaking capacity to the grid the way natural gas peaker plants with open cycle turbines would do, but without the emissions, the four-hour battery system was the first example of a utility in the US choosing batteries over gas plants in a competitive solicitation process.

“The sort of early stage proofs of lithium-ion storage, pre-dating Alamitos, did a lot of frequency regulation, what we might call power applications. Lithium-ion proved itself to do very well in those applications, then as the cost of the batteries themselves continue to decline, suddenly, longer and longer duration use cases became economic versus the prevailing incumbent technologies,” Ray Hohenstein, director for business innovation at Fluence (the energy storage technology provider and system integrator part-owned by AES Corporation) told Energy-Storage.news in an interview about the project.

“What we find is that energy storage up to four-hour duration, can provide significant amounts of capacity value… What you're going to see more and more is that, yes, durations will probably start to lengthen eventually beyond four hours, but four hours will provide a lot for a long time. Then once you get into longer durations, especially combined with solar and wind, these types of clean portfolios will compete effectively against mid-merit generation, including natural gas combined cycle units.”

Not just in California, but in many parts of the US and the globe, the electricity system and the various market mechanisms around reliable delivery of electricity were established long before battery storage, or even renewable energy, were being considered as the economically viable and technically feasible alternative to polluting fossil fuel plants.

This means that the multiple applications that batteries can provide to help balance the grid as an increasing share of variable renewable energy (VRE) is added to the electricity mix and provide a cheaper alternative to building out bulk infrastructure, are often not valued by electricity market design. While Alamitos proved that “four-hour storage could now compete and win against a gas peaker to perform the same need in California,” according to Ray Hohenstein of Fluence, there are still a lot of other ways that energy storage can provide value to the grid, that are not necessarily valued by the grid.

CAISO is working as part of a global collaborative effort to share knowledge with other system and market operators. CAISO also published an Issue Paper last week on the topic of enhancing the value of energy storage within its structures.

The system operator admits that new market rules and changes to existing models may be needed to fully integrate storage resources into the market and leverage the flexibility storage can provide to maintaining a reliable grid while also enabling the achievement of clean energy goals.

For example, CAISO said stakeholders in the energy storage industry believed the need for some facilities to maintain state of charge during critical periods, which precluded their systems from participating in real-time energy market opportunities, is a remnant of electricity regulatory rules based on “traditional energy generation resources”.

CAISO’s paper can be read here.