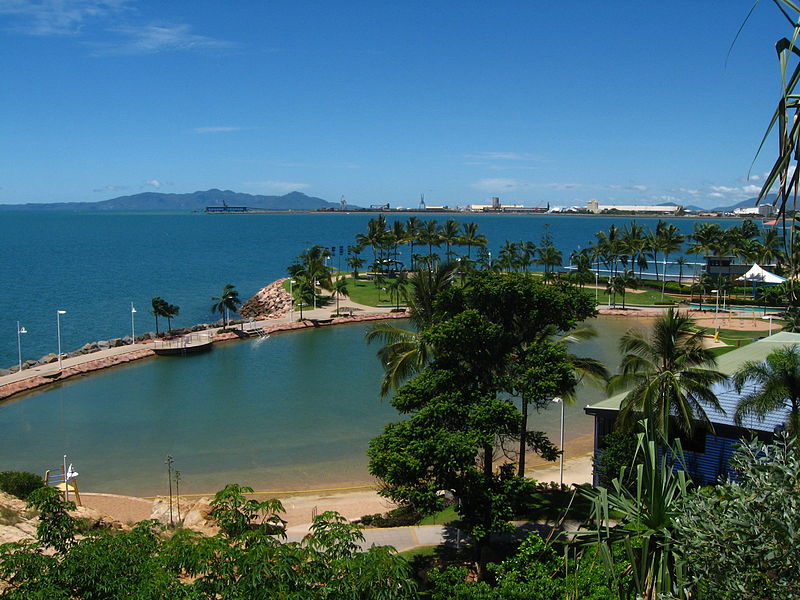 A modestly-sized grid-scale battery will be installed at a natural gas plant in Queensland, Australia, boosting the efficiency of the existing power station and providing emergency backup, as well as helping integrate local renewable energy.

The idea behind siting and combining the battery energy storage system at the power plant, which according to the Origin website has been up and running since 1999 and generates electricity at peak times, is to aid its smooth running. The battery will also be able to aid the integration of renewable energy, mainly solar power including that generated at the nearby Clare Solar Farm.

According to its own website Origin is the largest buyer of utility-scale solar in Australia at the moment with over 680MW of agreements to buy solar PV energy since 2016, including a deal brokered that year for the output of a solar-plus-storage project by developer Conergy in Far North Queensland (FNQ). That particular project is also being used as a test case for 'islanding' solar-plus-storage installations from the grid. Clare Solar Farm, Queensland’s biggest to date with 100MW of generation capacity, was completed and connected to the grid in May this year.

Crucially, the battery will also be used to start up the gas power plant in the event of a “large-scale outage” and will also “create efficiencies” in the running of the three gas turbines.

“Having a battery of this size means we’re able to store the energy needed to start the power station without the aid of the electricity from the transmission network should a loss of power occur due to an event like a cyclone,” Greg Jarvis said.

“Our transition to renewables and shift to decentralised generation requires an ongoing focus on ensuring our customers have reliable and affordable energy and we’ll be looking closely at the battery’s performance to see how larger versions might be deployed elsewhere across our generation portfolio.”

Incidentally, in June Energy-Storage.news reported that nearby Townsville could be the location for Australia’s first lithium-ion battery Gigafactory, through Imperium3, an international consortium including ASX-listed Magnis Resources.

However, while Jarvis also claimed that this would be the first installation of its type in Australia – combining batteries with open cycle gas turbines – Energy-Storage.news reported on an already-completed project by South Korean battery system provider Kokam at Newman Power Station in Western Australia in May.

The main difference between Kokam’s project and Origin’s latest is that the Newman Power Station battery storage is deployed at a mining site, off the grid and with the batteries and gas plant themselves forming an ‘islanded’ mini-grid.

In that instance, Kokam VP Ike Hong said that the Ultra High Power lithium-ion nickel manganese cobalt (UHP NMC) batteries his company manufactured, supplied and installed would enable one of two onsite gas turbines to be shut down and the other to run in combination with the battery systems, as one example of the efficiency increases the project enabled.

“There’s a couple of different gas turbines on site. When they don’t want to run additional gas turbines they can just operate our system together with the existing operating gas turbine. Instead of running both they can run one, with our system,” Hong said.

“There are many different ways they are saving energy, sometimes it operates as a UPS system when they lose their gas turbine, this battery system picks up and then they dispatch the power to the grid.”

Origin Energy’s 4MW Mt Stuart project is scheduled for installation and commissioning in May 2019. Another Korean company, Bosung Powertec, will lead a consortium supplying and installing the battery system. Bosung Powertec is a supplier of power supply materials and equipment.

“We hope to demonstrate how our battery technology supports Origin’s operations and are sure that this project will be a start for a successful cooperation in the Australian market,” Jae Hwang Lim, Bosung Powertec CEO said.