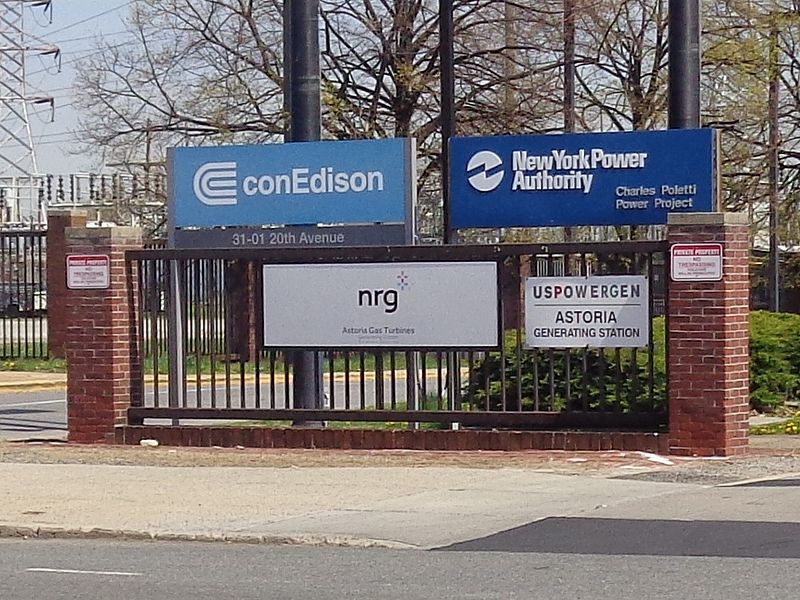 The Poletti Power Plant site had made a significant contribution to air pollution issues before it was closed just over a decade ago and replaced with cleaner thermal generation and now battery storage. Image: wikimedia Tdorante10.

Regulatory approval has been given for a 100MW / 400MWh battery energy storage system (BESS) facility which will be sited on land formerly occupied by a natural gas and oil-fired power plant which had been described as one of New York's biggest sources of pollution.

The New York Public Service Commission (PSC), granted the project, under development by Hanwha Group subsidiary 174 Power Global, with a Certificate of Public Convenience and Necessity. The BESS is going to be built in Astoria, Queens, at the site of what was the Charles Poletti Power Plant.

174 Power Global signed an agreement to take on the project with utility company Con Edison after winning a competitive solicitation process. The utility has been handed a state mandate to deploy 300MW / 1,200MWh of energy storage on its networks by 2030 – its contribution to New York’s 3,000MW by 2030 policy target – and the Astoria system, dubbed the East River Energy Storage System, will make a significant contribution towards it.

When Energy-Storage.news reported on the project’s contract award back in December 2020, 174 Power Global and Con Edison said that for the duration of a seven-year contract, energy stored in the battery system will be bid into wholesale power markets with the utility keeping the revenues from that participation.

The project is expected to reach commercial operation by the beginning of 2023. Enabling the storage of electricity to be used when it is most needed will help increase the amount of variable renewable energy that can be put onto New York’s grid. It will also, as with some recent high profile projects in California, help reduce the state’s reliance on peaker plants; which are only called into action several times a year when electricity demand is at its highest.

New York’s peaker plant fleet has been especially problematic because demand centres in the state are largely focused in its more populated urban areas, where it may not be so easy to build out renewable energy facilities. Often running at a capacity factor of about just 15% or less, they run on fuels including gas and oil and can be among the most polluting grid assets, often located near or in disadvantaged communities. Two large-scale, 100MW, 4-hour (400MWh) battery projects have come online this year in California which expressly took over the role of peakers on the grid, Saticoy and Alamitos.

One of the state entities working to turn around the legacy of peaker plants is the state utility New York Power Authority (NYPA), which recently committed to working with a coalition of experts and environmental justice groups to find cleaner alternatives. A study by consultancy group Strategen published earlier this year showed a pathway to cost-effectively retiring New York's entire 6GW fleet of peaker plants by 2030 using combinations of renewable, energy storage and energy efficiency technologies.

NYPA also owns the Charles Poletti power plant site, which closed down at the end of 2010 and the buildings demolished a couple of years later. Described at the time as one of the state’s biggest polluters largely due to high levels of sulphates in the oil it burned, the 885MW facility’s role on New York’s grid was replaced with cleaner combined cycle gas turbine power plants nearby.

NYPA is leasing the land to Con Edison and 174 Power Global and in an interview earlier this year, NYPA chief commercial officer Sarah Orban Salati pointed out the deal as a strong example of a public-private partnership to help integrate renewable and clean energy into the state’s energy system. The project could also contribute to NYPA’s own self-set target of enabling 300MW of grid-scale storage on its networks by 2030.

“The PSC’s approval of this adaptive reuse project on NYPA’s site in Astoria is a big win for New York State and specifically the Queens community and demonstrates an important step towards achieving our ambitious clean energy goals,” NYPA CEO Gil Quiniones said in a statement yesterday.

“Battery storage is essential to our quest to create a clean energy future and prevail against climate change. Bulk storage will let us bring large amounts of renewable energy to our customers without compromising our industry-leading reliability, even as fossil fuel generators in New York City are shuttered into retirement,” Con Edison senior VP for customer energy solutions Leonard Singh said.