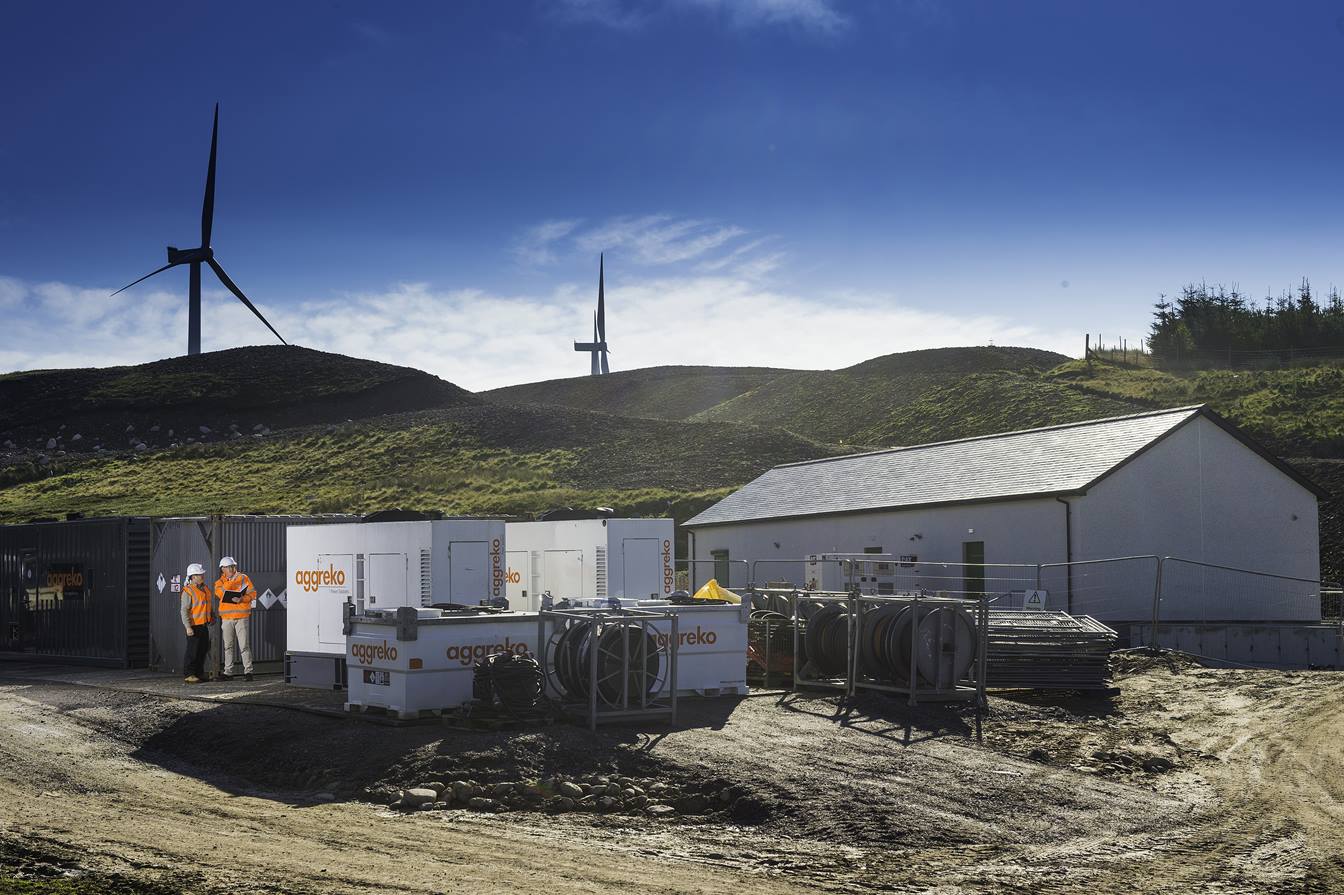 Customers will sign up to a flexible contract where renewables, thermal generation and battery storage can be combined to provide modular and mobile but reliable solutions. Image: Aggreko.

Increasingly, solar energy and behind-the-meter battery storage assets are being deployed on an ‘as-a-service’ basis and system integrator Younicos has decided to replicate the strategy for microgrids.

Pioneered in the likes of the residential PV leasing and latterly the C&I energy storage markets in US regions including California, increasingly, clean energy solution providers are offering customers the chance to host rooftop solar or lithium-ion batteries on a service contract basis.

In a recent examination of the behind-the-meter (BTM) C&I space in the US, analyst Julian Jansen of I.H.S Markit said that for the leaders of that market, utilisation of the ‘as-a-service’ business model is key.

It means that customers can ‘subscribe’ to solar or battery services over a contracted period, often with no-money-down to be paid. Generating revenues and savings from the use of the equipment means that the service provider essentially shares the economic value of the installation with their customer.

Younicos, among those particularly bullish on the prospects of storage ‘as-a-service’, has now made its first move to tackle new parent company Aggreko’s incumbent interest in the off- or remote-grid power sector.

Aggreko, a Scotland-headquartered provider of power generation equipment and energy controls systems which has delivered more than 204 temporary power installations worldwide to date, completed its purchase of German-American Younicos in summer 2017. With its track record of delivering mostly diesel-backed off-grid energy around the world, the energy storage industry has been waiting to see what sort of synergies the pair might find within one another’s offerings.

As such, microgrids as-a-service from Younicos-Aggreko will “enable customers to reduce their electricity costs through the use of cheaper solar energy – without any compromise to their power reliability or security of supply,” according to Aggreko managing director Karim Wazni.

Customers will sign up to a flexible contract where renewables, thermal generation and battery storage can be combined to provide modular and mobile but reliable solutions. The first project undertaken through this model is in Eritrea, Africa. A PV-plus-diesel hybrid solution will reduce fuel costs at a zinc and copper mine by more than 10% through a power purchase agreement (PPA) partly enabled by the low cost of renewables. A 22MW diesel generator and 7.5MW of solar PV will power the mine over the 10 year contract period.

“Integrating grid-forming battery systems allow as much solar as is economically optimal to be deployed, without any technical limitations,” Aggreko MD Karim Wazni said.

“What’s more, it also cuts fuel requirements by significantly improving thermal generation efficiency and replacing the need for backup. This lowers costs while reducing the impact on the environment by cutting emissions significantly.”