We can’t afford to wait: Energy storage incentives in Europe must be fit for purpose 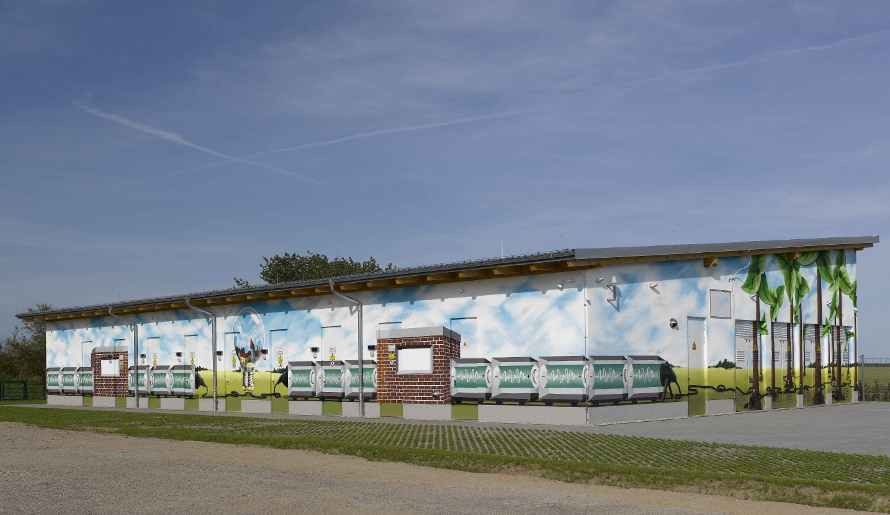 Large-scale storage in Europe. The industry has taken amazing strides forward – but can’t do it all alone. This and cover image: LG Chem.

We can’t take success for granted. Despite great progress in renewables, Eurostat, the official data-gathering agency of the European Commission, recently estimated that EU-wide GHGs from fossil fuel combustion actually rose 1.8% in 2017 versus the previous year. So, assuming carbon capture and storage (CCS) doesn’t emerge as a white knight, we need a lot more renewable energy.

That in turn means balancing supply and demand to counteract renewables’ variability. Time-shifting supply and demand so that they better match – not just minute-by-minute, as today, but also season by season from tomorrow on. Energy storage has been widely heralded as the solution here, but are we moving quick enough? Have we done enough to identify the barriers to uptake and how to address them? Perhaps not.

We are going to see a lot of changes in the energy space over the next decade, some of which have already started.

Several countries have pledged to phase out the internal combustion engine (ICE) in favour of electric vehicles (EVs). Companies such as Tesla and Moixa are bringing batteries into our homes. Solar panels continue to get cheaper, and wind turbines taller and more efficient.

Before long, we could even see solar panels printed like newspaper and incorporated into all sorts of fabrics and building materials. One sees windows that convert the invisible parts of the light spectrum into power even as they remain transparent to the human eye.

These solutions will work together to ensure that we have abundant electricity in the future. Yet none will solve the variability issue.

Large scale, decentralised and intelligent energy storage can realistically do so. It is more and more apparent that we can get energy users to shift the pattern of their demand, but that can only be a part of the solution.

For example, can people be incentivised to set washing machines to run overnight when demand is lower? Quite possibly, if the price is right. But what about baby’s bath time? How much of an incentive would parents need to shift that to midnight?

Or take the idea that electric vehicles will provide a giant network of flexible battery storage when left on charge. There is a significant psychological barrier at play where people want 100% confidence that, should they need to drive to the hospital at zero notice, there is charge in the battery to do so. They don’t want to hop in the driver’s seat to find it has recently discharged a large proportion of power in a vehicle-to-grid transaction. Then you have the fact that batteries begin to degrade after enough charge cycles and use in this manner will accelerate that. If, after a few years, a battery loses 20% capacity and has its range reduced from 500km to 400km, will owners be happy with that?

It all comes down to money and incentives, but so long as we remain relatively wealthy in Europe and electricity remains relatively cheap, those incentives would have to be significant.

It is clear that technology will have to do a lot of the work in ensuring flexibility. Behind-the-meter electricity and heat storage have an important role to play in decoupling behaviour from grid needs, as do batteries which degrade more slowly through cycling. But such decentralised energy storage is only part of the story.

All of the above: Storage comes in many forms and sizes

So, we are left to look at the option of large-scale, front of meter energy storage. Fortunately, this is also an area of breath-taking innovation, just as the renewables sector.

The headlines are dominated by the progress of lithium-ion batteries. Elon Musk’s grand plans for Tesla include a ‘Gigafactory’ which will be the largest building on Earth by footprint, and the company has already supplied grid-scale batteries to Australia. Closer to home, Mitsubishi and Eneco are developing EnspireME – a 48MW lithium-Ion system with a capacity of over 50MWh, which corresponds to the average daily energy consumption of over 5,300 German households.

However, lithium-ion isn’t the whole story. In labs around the world, innovators work on better and complementary batteries such as solid state and redox flow designs. At the same time, we have supercapacitors, designed to hold less charge but discharge it far more quickly for fast frequency response and other applications (possibly also increasing the cycles and therefore the lifespan of lithium-ion).

Nor is it just about batteries. Pumped hydro storage is a long-established technology, pumping water uphill when power is cheap and abundant and letting it flow back through generation turbines when its needed. Now a Scottish start-up is taking the same gravity-inspired concept and applying it to abandoned coal-mines. Compressed air is also an option, hydrogen another. Liquified Air Energy Storage (LAES) is emerging as a high-tech contender too. Each technology has its own profile, strengths and weaknesses and an intelligent combination could go a long way to solving intermittency second-by-second, hour-by-hour and even season-by-season. 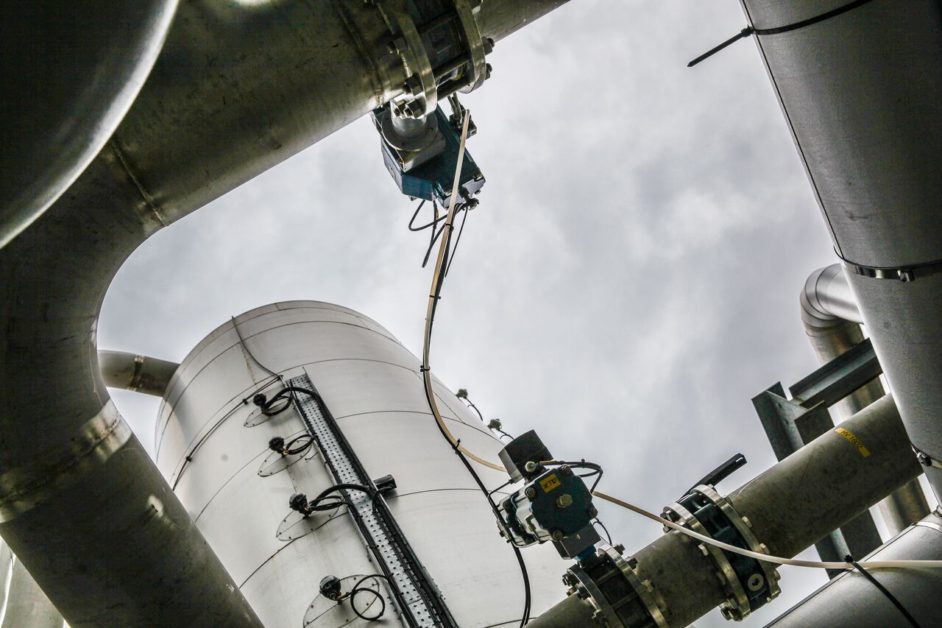 So it’s simple: investment in renewable generation technology matched by investment in varied cutting-edge forms of energy storage. Except, it’s far from simple –  we are still taking our first steps and a lot needs to happen for us to have the storage industry we need in Europe.

First, we need to decide whether to incentivise deployment by market design or subsidy regimes. We largely opted for the latter in Europe for renewables, to great success. However, as the market has matured, these have been rolled back and there may be little political will for a fresh wave for storage.

In that case, we need to think carefully at all levels about designing a market that incentivises flexibility and therefore storage. At the European level, we need to set out clear policy frameworks for EU Member States that give a strong signal to investors and innovators. Member States then need to decide on taxation and the costs at transmission and distribution network level.

The private sector can then step forward and start to put propositions in place. But this doesn’t just mean the storage manufacturers and operators themselves, it means a host of supporting services too.

We need law firms to familiarise themselves with the sector and investors to do the same; investment banks need to create structured products to both help spread risk and attract different types of investor. We need both insurers and reinsurers to step into the breech. This is easier said than done for a new sector, especially if we don’t go the subsidy route, offering investors guaranteed 20 year returns as we have for renewables.

`there’s a lot on the to-do list, but unlocking energy storage in Europe is non-negotiable if we are to meet our 2030 climate targets. A pessimist might say we’ve started too late already, but all we can do is start ticking off those tasks and investing resources today – because by tomorrow it definitely will be. 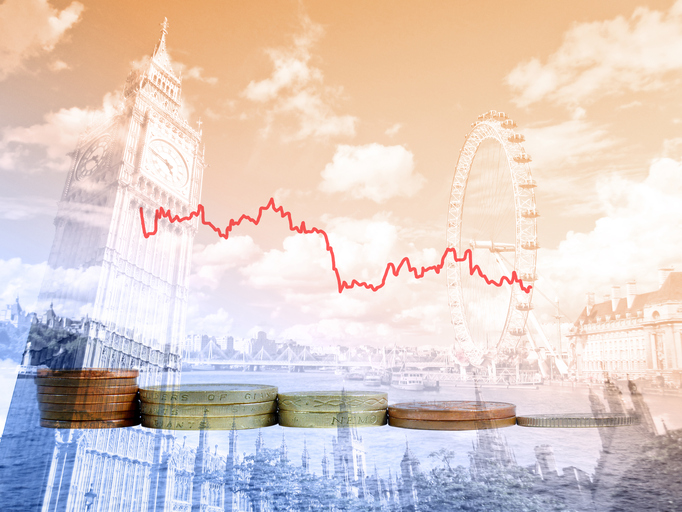