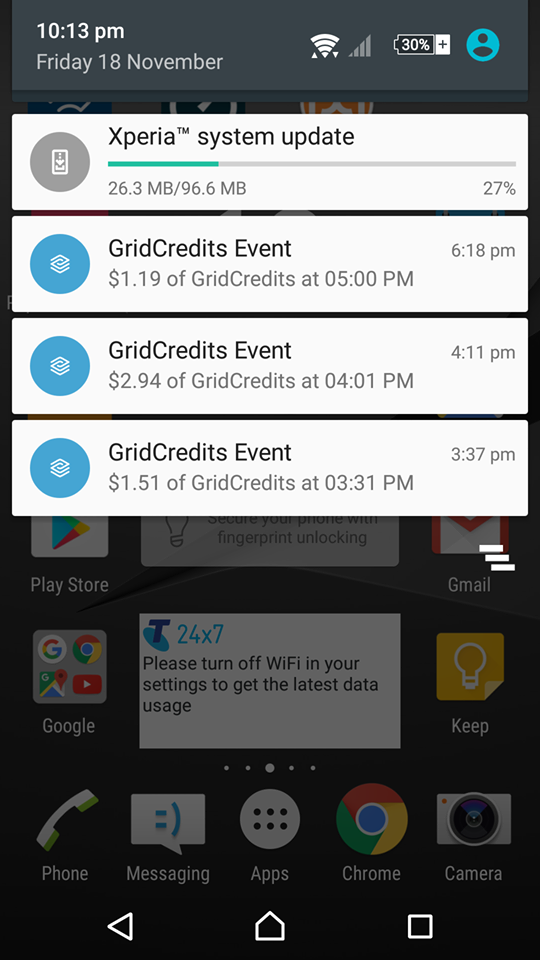 A 250-home ‘virtual big battery’ was switched on in Canberra, Australia last week, allowing residents to sell solar-generated power at a significantly higher price than available to them through feed-in tariff (FiT) policies.

In the past couple of weeks, mentioning Australia and energy storage in the same sentence was likely a reference to Tesla powering up its 100MW / 129MWh lithium-ion system in South Australia. However, the Canberra project was being referred to as householders’ own ‘big battery’.

Australian renewable energy tech provider Reposit Power has created various platforms for managing energy storage batteries and their use in integrating rooftop solar into the grid. Reposit and project partner ActewAGL, which is a joint venture formed by utilities including major AGL, said on 30 November – a day before the Tesla battery was officially ‘switched on’ – that homes involved were about to “synchronise their battery systems to sell energy back to the grid”.

Reposit Power debuted GridCredits, a platform for trading and storing energy – and selling it back to the grid three years ago, available to individual homeowners. Through its trading system, rooftop PV owners are able to ‘access’ energy equivalent to what they have generated from sunshine – at all times of day and night including peak times.

Energy-Storage.News first reported on Reposit’s GridCredits in late 2014, when the company was awarded a AU$445,000 (US$365,000) grant to trial the technology from the Australian Renewable Energy Association (ARENA). Reposit was also involved in the creation of deX (Decentralised energy exchange), another trading and sharing scheme run by tech company GreenSync as a software-based marketplace.

The 250-home Canberra project appears to be the biggest such undertaking Reposit has become involved in to date. Householders will be able to sell their surplus PV power back to the grid, while the aggregation of resources will allow the batteries to support the grid at peak times. The aggregated generation capacity of the household systems is 1MW.

It could also be fairly lucrative. Reposit CEO Dean Spaccavento said that customers can earn AU$1 per kWh of energy they feed back into the grid. With feed-in tariff schemes in decline or already expired in various regions of Australia (Australian FiTs differ from state to state), GridCredits could be worth nine times more per kWh sold than receiving the FiT, Spaccavento said.

“Today we’re proving that a virtual big battery can not only support the grid at times of peak demand, like the South Australian big battery but also empower consumers to take advantage of price spikes on the grid,” Spaccavento said.

The idea of the scheme is similar to what Sonnen is doing in Germany with SonnenFlat, where customers are guaranteed lower energy costs than they were paying to traditional utilities. In exchange, Sonnen is able to call on the home battery as needed to help stabilise the grid. Sonnenflat was launched in Australia this summer, with the company hoping to attract 2,000 residential customers this year. In the UK, storage system maker Moixa has a scheme called GridShare, where households are given modest annual payments in exchange for allowing Moixa or the network operator to use the batteries as a source of flexibility. Moixa just recently got a grant from the UK government to trial the addition of third-party batteries i.e. systems not made by the manufacturer itself, to GridShare.

Various other types of aggregated ‘virtual power plant’ have been trialled across the world in Canada, the Benelux region and New York at residential level by various manufacturers and partners, while in some parts of the US, commercial and industrial (C&I) systems have been aggregated behind-the-meter by the likes of Green Charge and Stem to perform similar tasks. The latter, Stem, has previously said that it sees great potential for so-called 'virtual power plants' in markets including Australia, Japan and Europe.

“The advantage of creating a virtual big battery is that they can be built anywhere, homeowners across Australia can be part of it and taxpayers aren’t left with the bill.

“Unlike the South Australian big battery, when the virtual big battery isn’t performing demand response, each individual battery goes back to supporting its household with solar after dark, Dean Spaccavento of Reposit Power said.

The company has also created Reposit Fleet, software for aggregating battery systems into ‘virtual big battery’ networks, which Spaccavento said allows electricity companies to “use a collection of Reposit systems to deliver electricity to the grid at very short notice”.