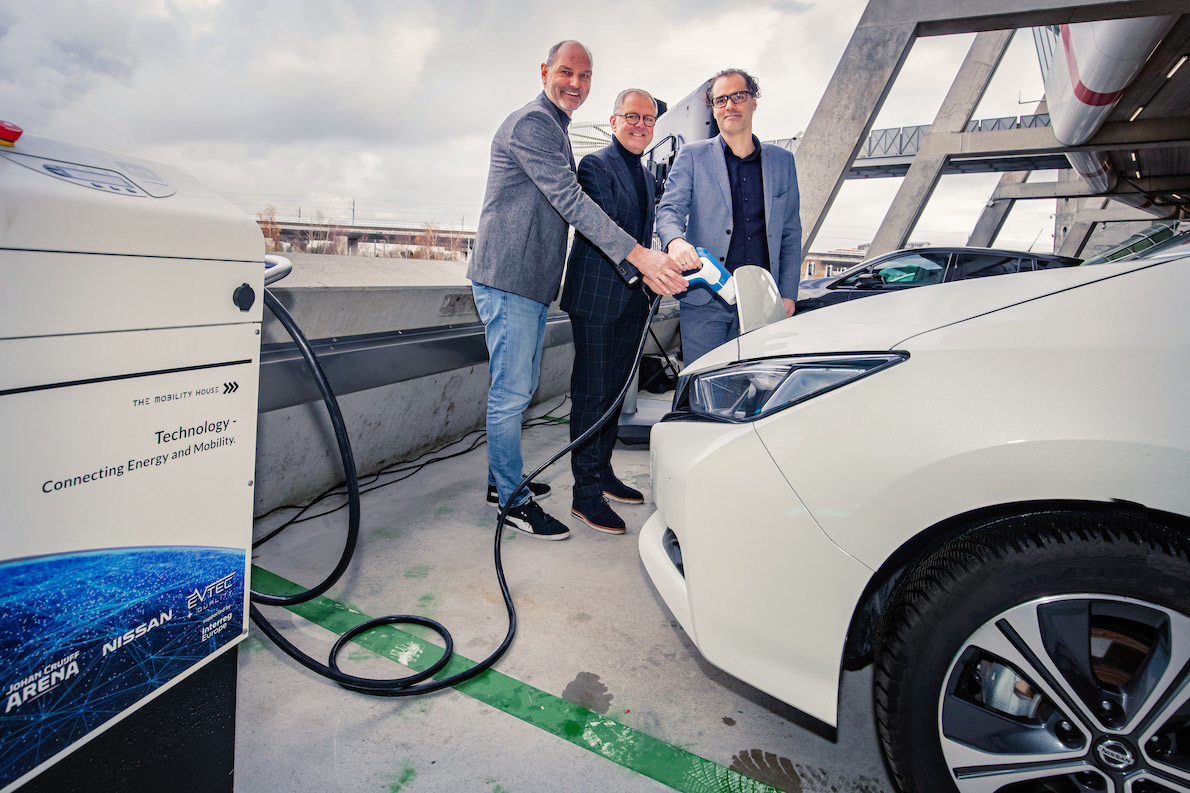 Vehicle-to-grid (V2G) technology has gone into use at Johan Cruyff Arena in Amsterdam, with energy infrastructure installed onsite including a 3MW battery energy storage system allowing visitors to both charge their cars at the stadium and put power back into it.

Energy-Storage.news reported on the opening of the energy solution at the stadium in mid-2018, featuring a mix of new battery modules and second life battery packs from carmaker Nissan equivalent to 148 Nissan Leaf batteries, engineering provided by Eaton and controls and energy management system from aggregator The Mobility House.

Now, the 3MW / 2.8MWh energy storage system, 1MW of rooftop solar PV, and 15 charging stations are complemented by V2G, where (consenting) drivers’ power is put back into the stadium’s electrical infrastructure, The Mobility House said in a release sent to this site today.

“This is the next level in innovation to realise the vision of sustainable power generation in the Netherlands and to advance the energy revolution,” The Mobility House release claimed.

With long-term stadium resident football club Ajax riding high on a succession of exciting performances in Europe’s Champions League, big nights like that at the stadium can require an “extremely high” electrical load from the grid, which the use of EV batteries as stationary energy storage systems (ESS) via V2G technology could help alleviate.

V2G is actively promoted by the European Union, while Amsterdam has a municipal goal of becoming the leading ‘V2X’ city in the continent. While even hybrid petrol EVs (PHEVs) typically carry at least 15kWh of batteries at minimum and higher end cars such as Teslas as much as 90kWh per vehicle, the obstacle to V2G technology has been the reluctance of carmakers to allow the use of lithium-ion batteries in this way under the terms of warranties. Nissan is thought to be the first major carmaker to have done so.