US grid-scale storage hit with delays in Q1 2022, but solar tariff waiver will help

The US energy storage industry is going strong, but delays due to supply chain issues, interconnection queue waiting times and other factors have led Wood Mackenzie Power & Renewables to downwardly revise its deployment forecasts for the year.

The industry has just enjoyed its strongest opening quarter of the year on record in terms of megawatt-hours of grid-scale energy storage, with 2,339MWh deployed in Q1 2022, the research firm said in its latest ‘US Energy Storage Monitor’ report.

However, this was achieved despite procurement challenges and delays to projects, which Wood Mackenzie and others have warned about previously, and the firm said the grid-scale market could even be considered on hold in the short term.

Across all market segments, including grid-scale, residential and non-residential (such as commercial and industrial or community installations), the US deployed 955MW/2,875MWh during the first three months of the year.

That represents a significant quarter-on-quarter decrease from Q4 2021’s 1,613MW/4,727MWh recorded in the Monitor, albeit installations are typically backloaded to the latter half of the year. Even then, Wood Mackenzie noted that a further 2GW of grid-scale storage expected to come online during that quarter had been pushed back to 2022 and 2023 completion dates.

For Q1 2022, the same applied to 1.2GW of grid-scale storage, although the firm anticipated that three-quarters of that capacity could still be installed during this year. Main causes of delays were transportation, supply chain and interconnection queue related.

Transportation logistics continue to remain disrupted in the wake of COVID and latterly due to the Russian-Ukraine war, something affecting many different industries around the world and not just energy storage.

Supply chain issues however, largely as a function of lithium-ion’s popularity for electric vehicles (EVs) causing materials prices to rise and supply to be constrained, are more specific to the industry. These have been forecast to last roughly another three to five years as battery manufacturing and – more importantly – raw materials supply comes online.

That is affecting energy storage markets outside the US too. Yesterday, Energy-Storage.news reported that research into the European energy storage market forecast a plateauing of the installation growth trajectory across the continent between 2024 and 2027, driven largely by lithium supply chain issues causing delays to projects.

Interconnection queues for access to the electric grid persist in presenting a challenge for all types of energy resources that connect to it, including solar, wind and batteries, though efforts are being made to improve the situation and reduce delays.

Another factor that has cause trepidation among developers and investors is the solar PV anti-dumping and countervailing duties (AD/CVD) tariffs imposed on imported PV modules from Southeast Asia.

Put in place in the wake of allegations Chinese manufacturers were manufacturing or assembling products in Southeast Asian countries to get around import rules, the duties had caused a downturn in activity in hybrid resource project development for projects pairing solar with storage.

President Biden’s recent move to pause the tariffs until 2024 does mean however that activity is likely to again pick up.

“The Biden Administration’s recent decision to pause AD/CVD solar tariffs for two years restores predictability to both the solar and energy storage markets. With well over 50% of utility storage projects being paired with solar farms, this important executive action will help the energy storage market continue to accelerate,” John Hensley, VP of the American Clean Power Association (ACP), which partners Wood Mackenzie Power & Renewables on the US Energy Storage Monitor, said.

While that shadow over the industry has lifted, the AD/CVD impacts on the opening part of the year mean a dampening of forecasted expectations, according to the report.

The first quarter’s record-breaking grid-scale deployments were largely concentrated in leading states Texas, Nevada and California. Wood Mackenzie analyst Vanessa Witte noted that the West Coast and Southwest regions of the US dominate the grid-scale segment for both standalone and hybrid storage.

Meanwhile, at residential scale, the market was impacted by “challenging” supply conditions, but continued to grow, with a record 145MW/334MWh deployed in the quarter. This was driven partly by energy storage becoming a “go-to backup power solution” in Puerto Rico and Texas, the second and third biggest residential markets after long-established leader California.

Non-residential continued to be the segment with the smallest market share, with around 63MW/142MWh installed around the US in Q1 2022. Two-thirds of that megawatt figure (41MW) was delivered in New York by projects eligible for the state’s Value of Distributed Energy Resources (VDER) incentive scheme, many of which are solar-plus-storage projects. The research group noted that non-residential has also been impacted to date by AD/CVD.

Overall Wood Mackenzie is forecasting 54.9GW/188.4GWh of cumulative installations across all three market segments between 2022 and 2026.

Last year, the firm had forecast about 12GWh of US deployments, finding later that the total was closer to 10.5GWh, including 9.2GWh of grid-scale. 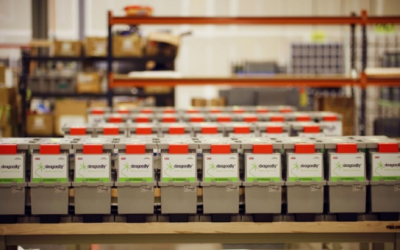 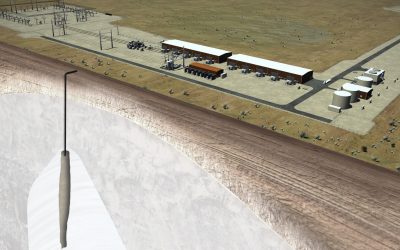 June 22, 2022
Oil and gas major Chevron has pulled out of plans to acquire an equity interest in ACES Delta, the 300GWh green hydrogen energy storage project in Utah, it confirmed to Energy-Storage.news.