Wood Mackenzie: US could be a 12GWh energy storage market in 2021 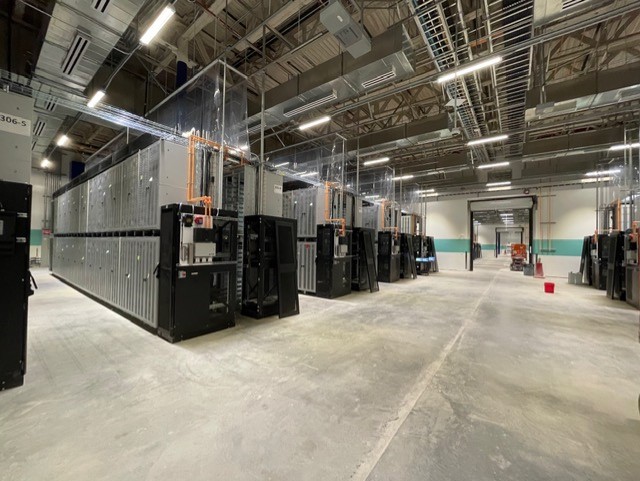 Nearly 12,000MWh of energy storage could be installed in the US during 2021 and the market will continue growing significantly over the next few years, according to research and analysis group Wood Mackenzie Power & Renewables.

The forecast has been provided in Wood Mackenzie’s latest quarterly ‘US energy storage monitor’ report, which is published in partnership with the industry’s national Energy Storage Association (ESA). Along with that massive figure for this year — Wood Mackenzie in March said that 2020 deployments were about 1,500MW / 3,500MWh — the group is predicting that by 2026 the US will be a 33GWh annual market, worth around US$8.5 billion.

In Q1 2021, Wood Mackenzie reported that a handful of four-hour large-scale front-of-meter energy storage systems coming online contributed to deployments recorded of about 910MWh. Although the group declined to share numbers for the quarter in megawatt terms with press, it is thought to have been between 250MW and 300MW.

With the support of President Joe Biden and other senior politicians already behind the idea, it appears a growing possibility that an investment tax credit (ITC) tax relief subsidy of the type that has helped grow the solar PV industry could be introduced in the US for standalone energy storage systems. At the moment, the ITC is only applied for storage if deployed together with solar, which has contributed to growing project developer interest in solar-plus-storage hybrid resources.

With the ESA having long advocated for the introduction of the ITC and the inclusion of a ‘direct-pay’ option to simplify and expedite the impact of the incentive to invest, Wood Mackenzie’s report included modelling of how the market would look were that to happen. It found that a standalone energy storage ITC could increase the size of the energy storage market in megawatt terms by 20% to 25% over the next five years.

Inclusion of the direct-pay option could even accelerate the economic viability of some projects forward by two to four years. The largest impact would be felt in the front-of-meter market, which would contribute an extra 6GW to the overall deployment picture by 2025, non-residential (commercial and community) storage by 700MW and residential by about 170MW.

The cost of energy storage is falling rapidly, with lithium-ion battery cells having decreased almost 90% in price over the last decade according to work published last year by BloombergNEF. In an interview with Energy-Storage.news a couple of months ago, Yann Brandt, chief financial officer at energy storage system integrator FlexGen said that the energy storage tax credit would see costs plunge 40% “overnight”.

Last week the US National Renewable Energy Laboratory released its latest report in a series called the Storage Futures Study (SFS), which found that the installed capacity of diurnal storage (systems with up to 12 hours duration) will grow significantly in the US by 2050. Under different scenarios between 125GW and 680GW could be installed in the next 30 years.

NREL said that key to the success of energy storage is not just the growth of renewable energy, particularly solar, but also the ability for storage assets to be allowed to perform multiple different applications to benefit the electricity system and earn revenues for owners and investors.