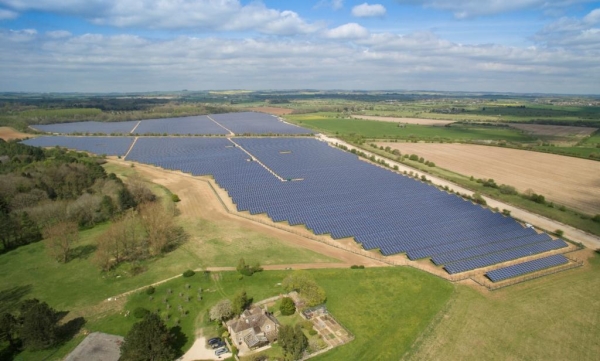 Foresight Group, one of the top five asset owners in UK solar, is expecting to close its first battery storage acquisition in the coming weeks as it looks to complement its existing infrastructure portfolio.

Dan Wells, partner within Foresight’s infrastructure team, said the deal was close at an industry event yesterday and went on to talk up the investment opportunity for specific projects in the UK.

“The UK offers some very interesting investment opportunities because what we as an investment manager tend to look for is a mix of contracted and un-contracted revenues. If there are no contracts and you’re just dropping a battery in place and hoping you can make money by energy trading, that’s too risky and uncertain for us.

“At the other end of the spectrum, if you’re going to be paid all the revenue you need for 20 years… that again is not such a great investment opportunity because the returns on those assets will be pinned down very quickly. What we want is something in the middle and the UK is a good example of this where we can benefit from four-year frequency contracts through the EFR mechanism and also 15-year capacity market contracts, and they will cover a portion of our revenue,” he said.

More than 500MW worth of battery storage projects received 15-year grid balancing contracts via the Capacity Market earlier this year, building on the 200MW of storage which won four-year support under National Grid’s Enhanced Frequency Response tender in August 2016.

A second EFR tender had been rumoured for later this year, however Energy-Storage.News understands that this is now expected to incorporate other frequency response services.

Foresight’s appetite for storage applications in front of the meter comes as the company continues to watch and wait for behind the meter projects to make financial sense, with Foresight owning a significant portion of the UK’s solar capacity.

At this year’s Solar Finance & Investment Europe conference in London the investment director Matt Black was among a number of representatives from listed funds who remained pessimistic about the immediate opportunity for retrofitting their solar assets with storage, insisting that there was not enough investment certainty to do so.