The magnificent seven: US states with energy storage mandates, targets and goals

Seven states in the US have now put some kind of public policy in place that recognises the role that energy storage will play in their future, lower carbon energy system.

On the one hand, it is to be applauded that this is clearly a mark of an ambition that New York, New Jersey, California, Nevada, Massachusetts, Oregon and Virginia share, that the importance of the energy transition and a green economy has not been lost on state leadership. On the other hand, why is it that some of these states have set mandated energy storage procurement plans for their utilities and others see their targets as more ‘aspirational’, vague goals?

The US national Energy Storage Association’s policy director, Jason Burwen, spoke with Andy Colthorpe about the seven early adopter states and whether this is likely to be a spreading pattern across the country.

Why should it really matter whether these goals are met, or not? In a state like California, for example, as the renewables penetration on the grid rapidly grows, is it just perhaps more obvious that energy storage would be desirable or needed there than in other states?

Let me also add a second rephrasing of this question – which we’ve heard a little bit recently: “If we’re going to 100% renewable or clean energy, why do we need storage targets? Storage will just happen, right?”

That’s not how these things work. A really key thing to bear in mind here is that, when you’re procuring resources for resource adequacy, or for system capacity, we’re talking about multi-decadal investment decisions.

Just because you see a future where we’re going to have a tonne of renewables, and the business case for storage will be self-evident in the future, well, the investment decisions that are largely going to determine supply mixes in the future are being made today.

Every year you wait, there’s a certain degree to which there’s a path dependency that you’re putting a lot of jurisdictions on and maybe there’s a plan at the end of the day, to retire assets early – but I don’t know that that’s necessarily going to be a politically savvy strategy. And frankly, it’s not in the interest of ratepayers either.

So energy storage targets are really important because they are in some respects saying, “listen, you know you’re going to need this, so instead of sitting on your hands and kind of doing nothing about it right now because it’s a new resource, it looks different and you might not have experience with it, you have to go figure it out”.

I think that’s one of the key things of a storage target – it catalyses action.

Grid operators, utilities, they learn what storage looks like to put it on their system, how it operates and they get familiar with it, confident in it. By going through the process of procuring these assets, they go through the business processes through which it will be necessary to normalise their procurements.

You have a regulatory apparatus dealing with the challenges that do inevitably come up when you  put these things on your grid at scale, whether that’s interconnection challenges you didn’t know existed, whether that’s the way in which the regulators evaluate cost benefits for these assets, there’s a lot of pieces to mainstreaming energy storage procurement and deployment into the paradigm of traditional resource procurement and deployment for the electric power sector and targets really are an orchestrating mechanism to do that. They play a very significant and useful role in that respect.

From a developer side, if you’re trying to figure out where to invest and hire, those are long-term decisions too. So when a state says, it’s setting a target, it’s going in a direction that has credibility and has follow-through behind it, that gives you as a company the confidence you need to make the hiring and investment before the projects are there. So it also has an important function for determining the investment [cachets] of the private sector that may otherwise look at a jurisdiction as being high risk for making any significant hiring and investment decisions. 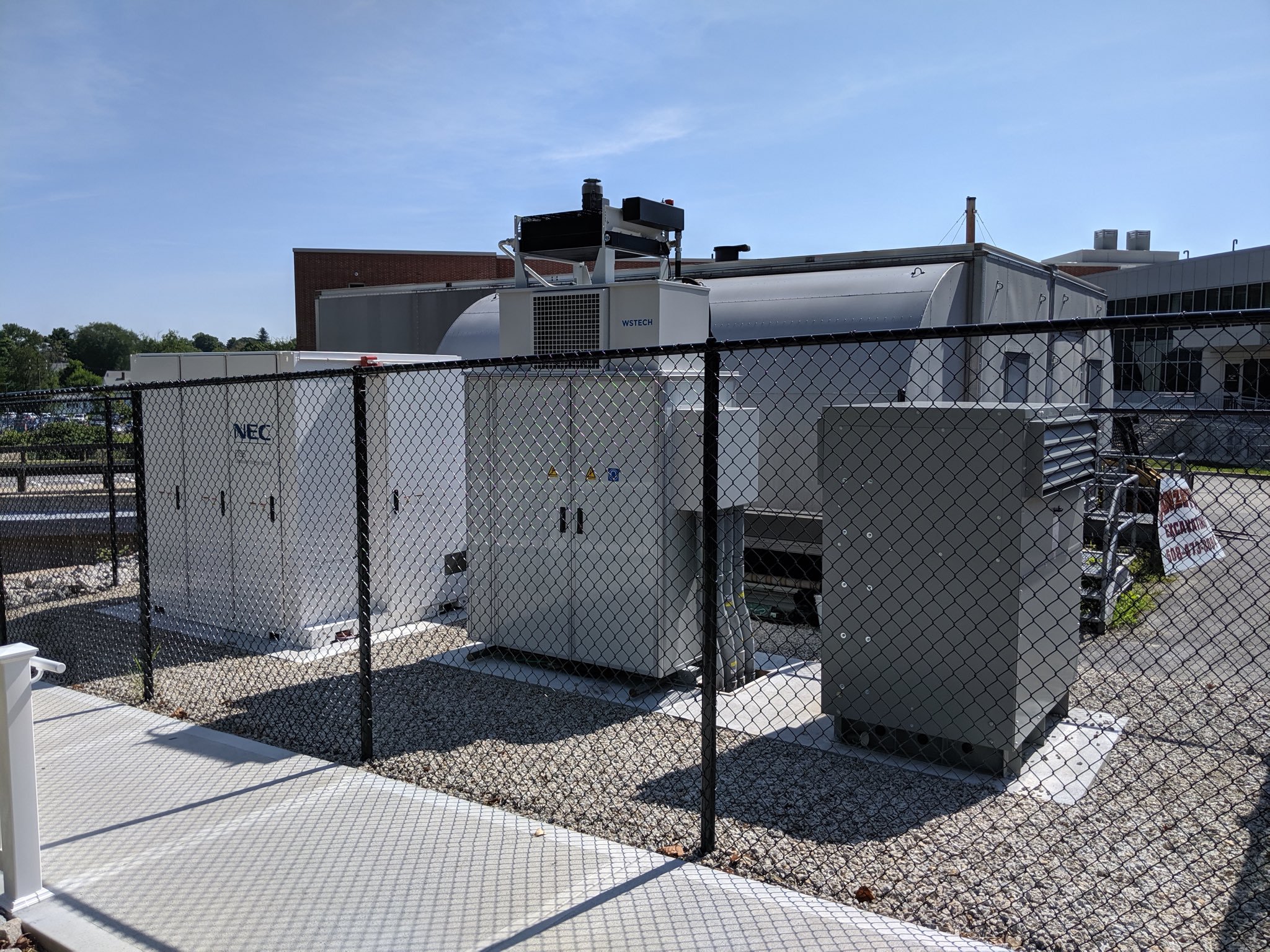 Massachusetts has combined a number of supportive programmes which push in subtly different directions towards the state’s clean energy goals, including energy storage deployment. Image: NEC.

The impression I get is that there’s a big difference between the impact of these policies, although the intent behind them might be similar: from California’s landmark 1,325MW storage by 2020 mandate which appears on track to be met, to New Jersey’s goals of 600MW by 2021 and 2,000MW by 2030 – which so far has spurred very little activity.

Why are we seeing, for example, a divergence of outcomes associated with what are ostensibly similar policies? What we at ESA have really focused on is the “follow-through”. The implementation [of targets] and the role oftentimes of the state regulator, who is generally being looked at to do a lot of the implementation.

There’s a spectrum of follow-throughs you can do and to what end you have informational transparency directing, for example, utilities to develop plans for hitting their targets. And regular reporting, tracking progress towards targets. Those require nothing other than creating a degree of accountability that says: “Hey, you’re not meeting your plan, this is how you said you’d do this”.

Then you have directed activities, things that motivate moving sooner to get to that targeted deadline: things like directed solicitations, to go out and get bids, for say, capacity, or to use interim targets.

You could argue that programmatic support is part of this, creating an incentive programme that helps kick-start you towards that, or reforming planning rules. These are all directed activities that don’t actually direct the actual procurement or solicitations, or procurements or deployments directly, they are ways to push the follow-through in meeting those targets. And then again, at the other end of the spectrum of course is literal accountability for non-compliance, whether that’s legal liability or financial penalties.

When you look across the seven states in the US that have some sort of energy storage target, goal or mandate, they take different sets of follow-through mechanisms to get there.

In a recent ESA blog on the subject, you said that New York and Massachusetts are using various mechanisms to encourage deployment, whereas Virginia is discouraging non-deployment. By contrast, the New Jersey goal is aspirational and seems to have not gone anywhere.

That’s right. You look at follow-through mechanisms: in Massachusetts there’s informational stuff, there’s planning, there’s a lot of programmatic support. In some ways, the way Massachusetts has pursued its target is not through a single energy storage policy but through distributing energy storage into many different programmes and feeding it through those.

New York, was a target up until last year, when legislation took the then existing 3,000MW by 2030 target, and tied it to a statutory requirement. So it is technically now a legal mandate in New York, but it also looks much more like a target insofar as, New York’s regulatory apparatus created progress reporting through its annual State of Storage report.

It initially did directed solicitations by the utilities, back in 2018, so they’ll get a couple of storage projects to kick them off, there’s obviously significant programmatic support through the market-rated acceleration incentives, and other programmes as well. So I think that you look at that and then New Jersey, to date there really hasn’t been much in the way of follow-through mechanisms to translate statutory intent of introducing legislature.

What I think differentiates Virginia, is you look at the previous states [to introduce targets] these are places that have already had a strong clean energy policy driver to what they’re doing. Virginia, which is a much more vertically-integrated market, recently introduced the Virginia Clean Economy Act (VCEA), which is a 100% clean energy legislation.

So there is quite a change there and I think that for vertically-integrated states, looking what’s happening in Virginia could be quite instructive. 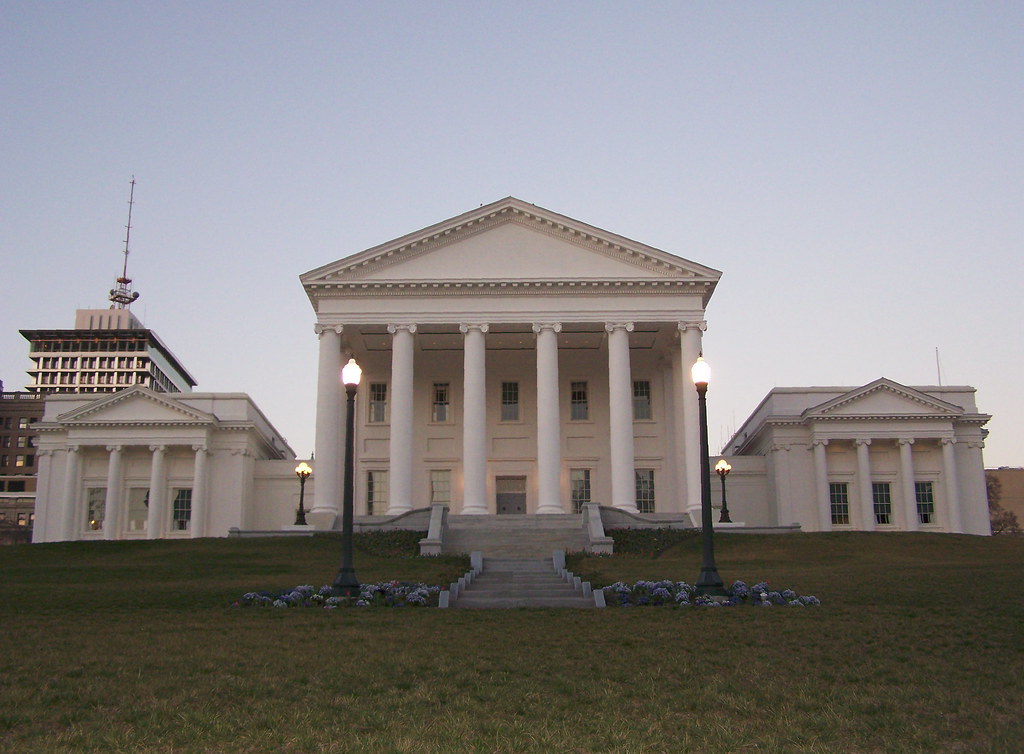 These targets, mandates and goals have come about fairly quickly, over the past five years or so. But it’s still only being realised in seven states out of 50 in the US. Do you see these early movers causing a domino effect, with other states receptive to these policies as a way forwards?

I think that in a similar way to an earlier generation of renewable portfolio standards (RPS) rolled out across the US, I think it’s very much open for state deployment targets to roll across many states in the US as well, something that we know there’s greater interest than in just the seven states that have gone for targets already.

At least as i recall, it started as a trickle [of RPS’s] and turned into a torrent: we’re hopeful that we see a similar set of actions when it comes to a storage targets as well, as more and more states are gearing towards a mainstreaming of it as a resource for capacity, for resource adequacy increases.

If nothing else, it will be regulatory malpractice not to be giving storage a significant look when looking at your capacity choices and while that may be more of a planning and procurement discussion, you could see that many state policymakers may decide that hitting a no-regrets target its a good way to do all the things I mentioned, to mainstream this new asset into the power sector toolbox and they are not losing any years in which they could consider this a good investment decision.