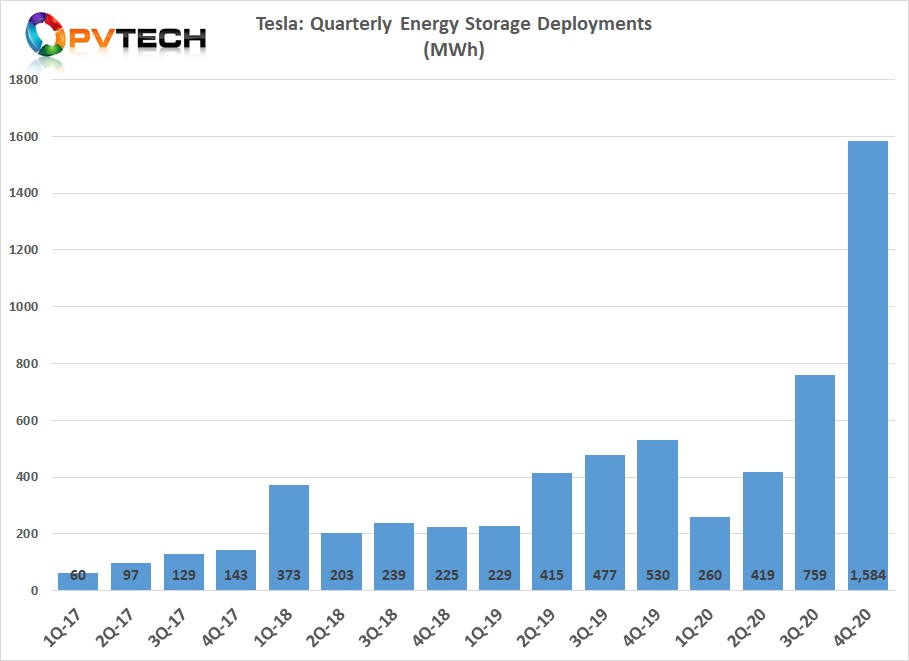 Tesla made more than half of the company’s highest ever yearly tally of 3,022MWh of stationary energy storage deployments in the final quarter of 2020. Image: Solar Media.

The company reported record energy storage system (EES) deployments of 1,584MWh in the fourth quarter of 2020, up from the previous quarter, which had been a new record for the company of 759MWh. Utility-scale storage systems have been key to significant growth, although residential demand was also increasing.

In the earnings call, Elon Musk, CEO of Tesla noted that overall battery capacity target (used for both EVs and ESS) in 2022 was 200GWh, stating that the company could probably “achieve 30% of targeted design capacity in 2022.”

The company had stated in its investor letter that ESS deployment demand and available supply in 2021 could result in similar growth rates seen in 2020.

Residential solar installs also jumped, rising from 57MW in Q3 2020 to 86MW in the final quarter of the year. It marks a significant jump on the 27MW deployed in Q2 2020, a performance largely attributed to the effects of the COVID-19 pandemic, and is the highest quarter of deployment since Q3 2018, when deployments topped 93MW. 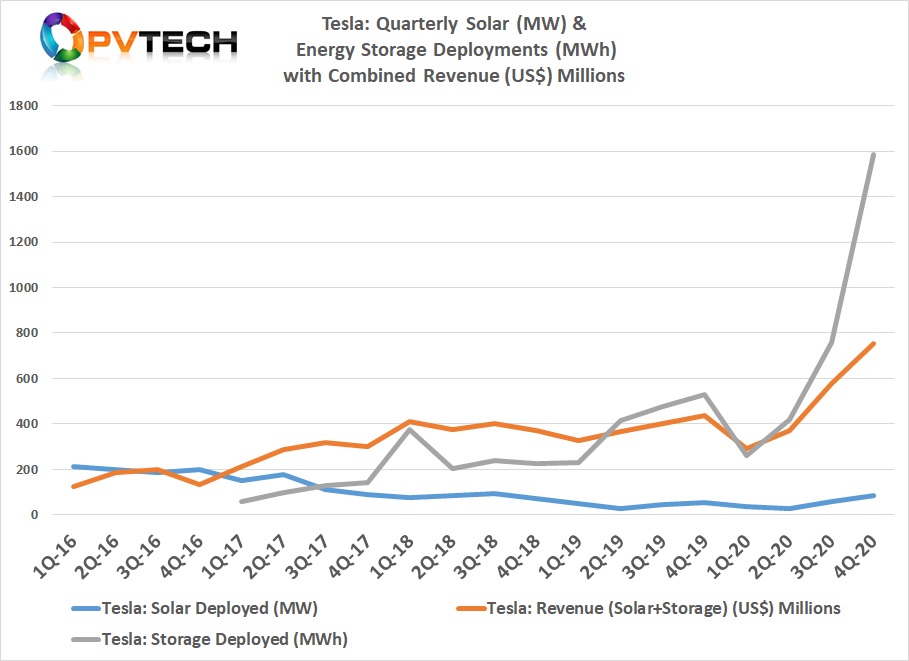