Tesla predicts 2016 profitability but declines to give cost target details

Powerwall deliveries began this quarter to regions including the UK (pictured) and Australia. Image: Solar Plants.
Tesla executives were unwilling to publicly put figures on expected sales for the company&rsquo;s stationary storage products or for near-term cost reduction objectives, but said that production is on track.

The company made a non-GAAP loss of US$114 million in the fourth quarter, or US$0.87 per share, and a GAAP net loss of US$320 million (US$2.44 per share). However, sales of the company&rsquo;s Model S sports car increased 76% year-on-year for the quarter and Tesla is planning to unveil the Model 3, the affordable family car which is supposed to be the main driver for the ramp up of the company&rsquo;s Nevada Gigafactory, at the end of March. &nbsp;&nbsp;

In guidance for the next quarter and full 2016 period, the financial report said the company expects to achieve positive net cash flow and non-GAAP profitability for the year. The company pegged this profitability to accelerating sales growth for the Model S and Model X, not mentioning the potential impact of sales of its Powerwall and Powerpack stationary storage devices. Powerwall began shipping at the beginning of this year.

The conference call focused primarily on the company&rsquo;s EV business. However, a few questions in the Q&amp;A touched on stationary storage.

UBS Securities analyst Colin Michael Langan asked if the storage business was still &ldquo;on track for storage of US$400 million to US$500 million this year, and two to five next year&rdquo;.

Musk replied that Tesla saw energy as an industry with potential for exponential growth. However, he said, &ldquo;&hellip;exactly where the calendar falls on that S-Curve exponential makes quite a big difference on revenue&rdquo;.

&ldquo;So, it will be heavily weighted to the fourth quarter,&rdquo; Musk said.

JB Straubel reiterated the point and added that the company is being &ldquo;fairly cautious&rdquo; in trying not to &ldquo;overpromise&rdquo;.

&ldquo;It's a little bit tricky to know how that will grow. Production is in on track and we feel really, really good about that,&rdquo; Straubel said.

&ldquo;We're starting shipments of Powerwalls and Powerpacks worldwide, and we're growing out the sales operations and sales teams around the world. From an execution point of view, I think we feel really good with where we're at.&rdquo;

Musk also defended the subsidies Tesla had received to build the Gigafactory in Nevada, which he said had been overplayed by the media. All incentives, he and other executives said, were performance-based.

&ldquo;The thing to bear in mind for the US$1.3 billion in incentives for Nevada is that, in order for us to achieve that, we actually have to develop about US$100 billion in revenue from the Gigafactory. And those incentives occur over 20 years, representing approximately a 1% discount on the cost of the Gigafactory.&rdquo;

&ldquo;There is no way for Nevada to lose. The way that Nevada set up the incentive structure is a no-lose proposition for them. So, they did an awesome job on behalf of their state,&rdquo; he said, later on.

Andrea Susan James of Dougherty and Company asked the Tesla executives if they could give a forecasted cost per kWh for battery costs by the end of the decade. James implied the fact that raw materials are sourced at the factory might have an impact.

Musk and the other executives were not prepared to do that, calling it &ldquo;quite a sensitive number&rdquo;.

James said that in the past, Musk had said he would &ldquo;be disappointed&rdquo; if the company failed to drop the cost below US$100 per kWh. 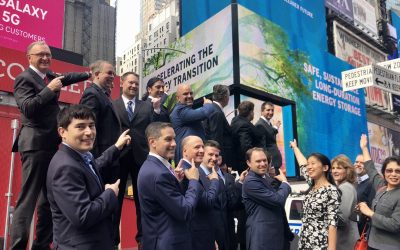