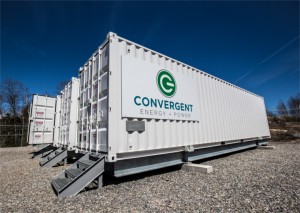 A Swiss fund aimed at encouraging institutional investors to get on board with energy storage has reached its first closing at €66 million (US$70.4 million).

SUSI Energy Storage Fund, run by investment management firm SUSI Partners, has been invested in by groups including insurance companies and pension funds. Back in October last year the fund made its first foray into storage projects and participated in financing 12MW of energy storage in Ontario, Canada. This was spread across two projects, one flywheel-based at 5MW, the other a 7MW lithium-ion battery system. Both of those projects are being executed by US developer Convergent Energy and Power.

At the time financing for those Canadian projects was secured, Florian Mayr of advisory firm Apricum which introduced SUSI to the deal, said that SUSI Partners had realised “the high potential of the energy storage market for its institutional investors seeking attractive risk-adjusted returns in a rapidly growing infrastructure asset class that also contributes to the mitigation of climate change”.

The fund is targeting €250 million in total and is already €14 million into its next round. Its investments will include microgrids as well as assets providing load levelling and ancillary services to grids; in other words the fund is interested in both standalone non-grid connected projects as well as those that sit alongside existing infrastructure in the developed world.

SUSI claimed that it is now looking at diverse geographies, technologies and business models and aiming for stable returns and what it called “an infrastructure-type risk-return profile”. The company claimed that from observing the market for the past three years, it has built up a pipeline of 400MWh of potential energy storage capacity in OECD countries.

Institutional investors have so far been slow to embrace energy storage the way feed-in tariff (FiT) solar and wind has been invested into over the past five years or so. Notably, last year the Labourers’ Pension Fund of Central and Eastern Canada (LiUNA) committed CA$200 million of financing towards projects by developer NRStor.