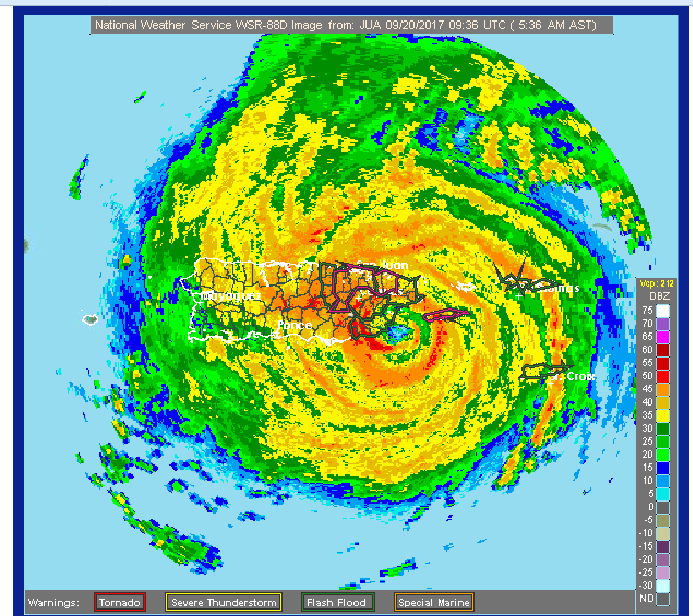 The latest confirmed initiative supporting the restoration of power in Puerto Rico is the donation of 6MW of batteries from AES, which has suggested microgrids and large-scale solar could be the answer to long term stability issues.

The US island territory has been hit hard by hurricanes over the past few months, leading to controversy regarding various aspects of rebuilding, from Donald Trump’s twitter row with the mayor of the capital San Juan to the award of US$300 million in grid repair contracts to Whitefish Energy, a mostly unknown US company which brought an army of linemen and other subcontractors to Puerto Rico.

Amongst all of this, clean energy and energy storage companies including Tesla, Sonnen and Tabuchi America have been prominent in making equipment donations and contributing time and labour to local efforts. Energy-Storage.News was recently also contacted by PBES (Plan B Energy Storage), a company servicing the marine sector (powering boats), which has branched out into energy storage systems. PBES said it was in discussions with the governments of Puerto Rico and Barbuda “regarding the creation of resilient renewable power plants, using retractable solar panels and battery storage”.

AES chief technology officer Chris Shelton confirmed to Energy-Storage.News recent reports that the company, one of the US’ biggest independent power producers (IPP) and an existing supplier of energy in the island territory, is making its own donation.

“We are in the process of shipping 6MW of transportable batteries in shipping containers to help stabilize renewable facilities and form microgrids where they can have the most impact,” Shelton said.

“Our goal is to deploy these resources where the power is likely to not come back anytime soon because of the damage sustained from the storm.”

According to Shelton, AES, which makes the Advancion grid-scale lithium battery energy storage platform via AES Energy Storage, will determine where the units, thought to be a megawatt each, will be deployed through consultation with regulatory authority PREPA “and other stakeholders”. Shelton said AES is committed to approaching potential communities once identified and working with local leaders.

Puerto Rico’s Energy Commission also asked stakeholders to offer their views on how best to go about rebuilding electricity networks. AES offered up a plan that would consist of a network of minigrids, “reinforced by key transmission and distribution lines and powered by 10,000MW of large-scale solar and 2,500 MW of 10-hour battery-based energy storage,” Goldman said.

AES began operation of Puerto Rico’s first ground mount solar farm, a 24MW facility, five years ago, and was provider of around 15% of the region’s power before the storm. The company said its plan “leverages the most crucial grid infrastructure to enable regional utility-scale solar and long-duration storage”.

The minigrids could be interlinked with distribution lines, allowing each regional network to support one another, while large-scale solar can be built with hurricane resistance in mind, AES said. The IPP also believes that solar-plus-storage is a much lower cost solution over 10 years than running fossil fuel generators, also enhancing grid reliability and reducing greenhouse gas emissions.

Solar PV plants larger than 50MW could generate power on the island for around US$40 to US$50 per MWh, while a 10-hour duration battery energy storage system could be run for about US$55 to US$65 per MWh. The 15,000GWh of solar energy generated per year, meanwhile, could replace up to 12,000GWh of diesel generation.

Bruce Walker, assistant secretary at the US government Department of Energy’s (DoE) office of electricity delivery and energy reliability, recently said he had visited Puerto Rico and the US Virgin Islands for over two weeks in October.

In a post on the DoE website, Walker said that he saw first-hand the work agencies such as PREPA, the Puerto Rico government, FEMA (the US Federal Emergency Management Agency) and the US Army Corps of Engineers are doing. Three electrical substations were so badly submerged in water that they could not be restored, with 18 in total ending up underwater to various degrees.

Along with making decisions to rebuild a power line linking the north and south of the island and install 50MW of new generation capacity, Walker said the DoE has also identified 200 sites which could be suitable for microgrid development, for “key locations”, such as hospitals and water treatment plants. This would represent some 11MW of energy capacity, while Walker said a further 400 sites are also being investigated.

US trade association groups, the Energy Storage Association and Solar Energy Industries Association (SEIA), recently issued a call for solar and storage companies to assist hurricane relief efforts in the US and its territories, with donations of equipment and volunteers.

It would be absurd to rebuild Puerto Rico’s antiquated, fossil fuel-dependent grid back the way it was. We must take advantage of the abundant sustainable energy they have.