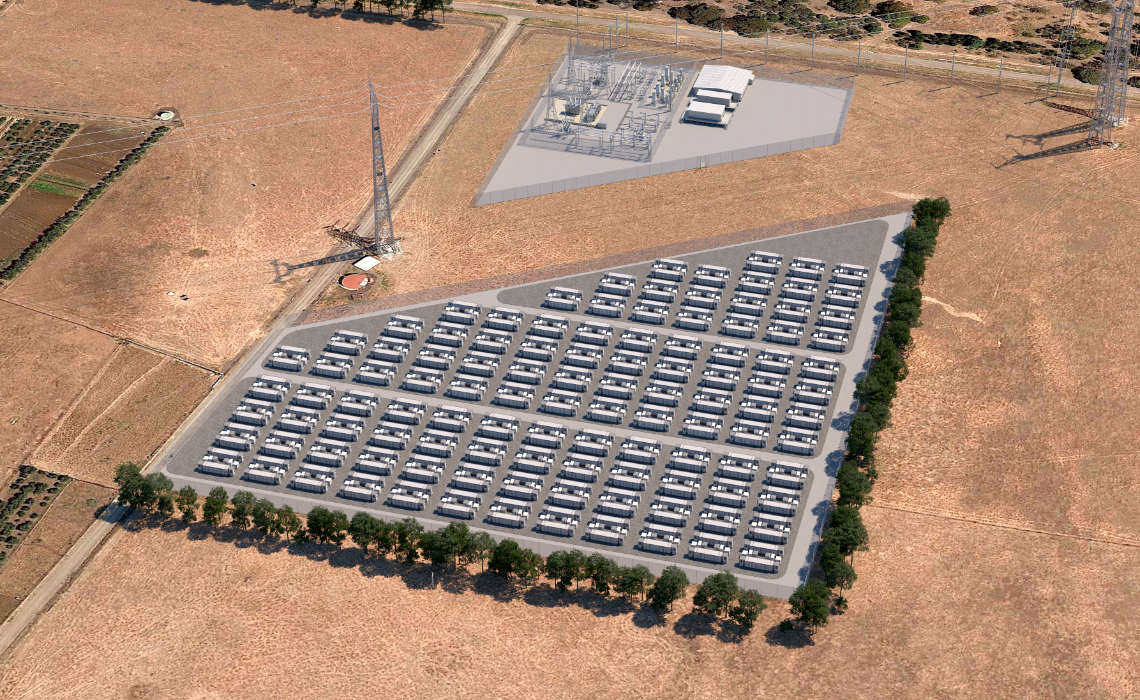 Rendering of the BESS at Gould Creek, South Australia. Maoneng wants to have the project completed by 2023. Image: Maoneng / Gould Creek BESS website.

Authorities in South Australia will consider granting approval for two battery storage projects that will connect to the National Electricity Market (NEM), each adding more than 200MW power output.

Multinational renewable energy developer Maoneng submitted plans towards the end of June, to construct a 225MW / 450MWh battery energy storage system (BESS) as well as associated infrastructure and civil works. Maoneng has proposed that the project, at a site called Gould Creek, will include the building of a transmission line to the 330kV South Para Substation as well as onsite substation and transformer equipment.

Maoneng said it has secured the 30 hectare site on privately-owned agricultural land with an agreement in place with its owner, including an option to own the site and the developer will also own all site infrastructure that gets built. The BESS will be standalone and not paired with any generation sources directly, performing ancillary grid services like frequency response and providing inertia to the network.

The project has an estimated cost of about AU$112.5 million (US$84.33 million) according to Maoneng’s Development Application form. The Gould Creek BESS has already been endorsed in March by the South Australia state government’s Department of Energy and Mines (DEM) for fast-tracking with Crown Sponsorship status. DEM chief executive Paul Heithersay wrote that the project can in principle be considered an important public and essential infrastructure asset “with the potential to benefit South Australia”. A consultation period is now open and closes next week on 16 July.

Also in the works is a significant expansion to a planned BESS installation in South Australia, by another developer, SAPGen.

Originally, the battery system was only going to be used to assist with the ramping up of the CCGT plant, but the developer has spotted an opportunity locally in the NEM, due to the high level of volatility in South Australia’s renewables-rich electricity mix. SAPGen wants to instead install a 240MW BESS and has applied for Crown Sponsorship and Development Approval — and in addition is considering greatly expanding the solar PV plant to as much as 600MW.

SAPGen via its technical consultancy partner AECOM put in that application in late April. Both it and the Maoneng Gould Creek project’s development assessment-related documents can be found on the South Australian government website here.