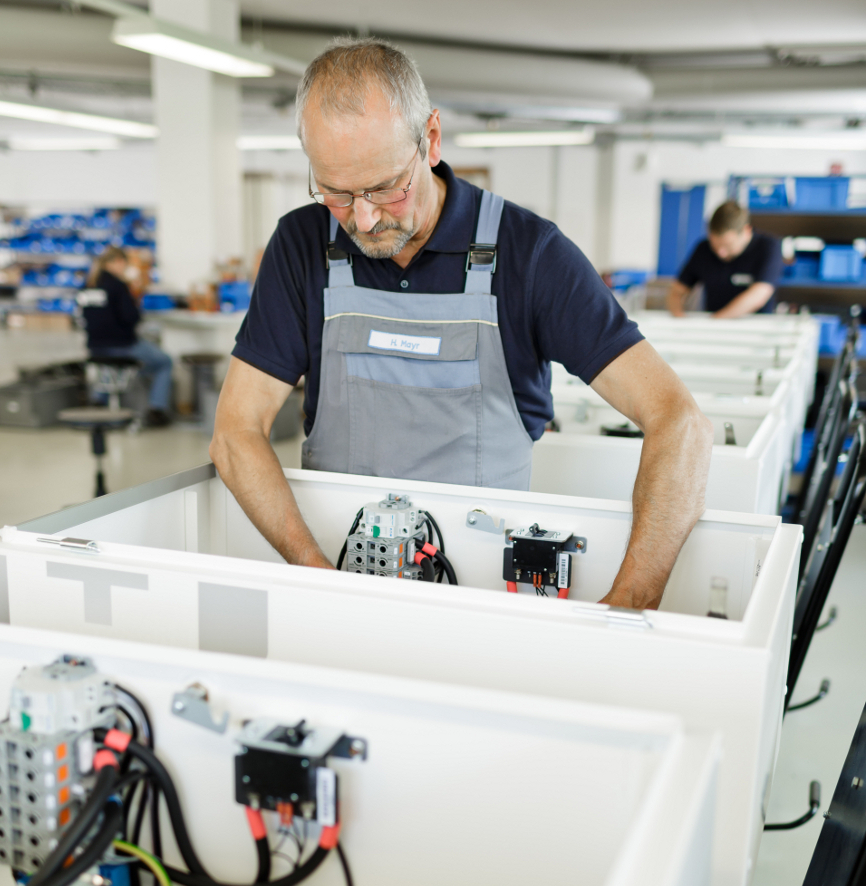 SonnenBatterie Eco production line in Germany a few years ago. The devices are now engineered in Germany and made in the US. Image: Sonnen.

German energy storage system and energy management services provider Sonnen has made its first play for home storage markets in the Philippines and Malaysia.

Australian solar and energy storage installer Natural Solar announced this morning that it has struck a distribution deal for the two Southeast Asian markets worth AU$90 million (US$69.31 million), with the start-up headquartered in Wildpoldsried, Southern Germany.

According to stats given by Natural Solar, Malaysia and the Philippines are currently the world’s two fastest-growing renewable energy markets, enjoying growth rates of between 200% and 300% for the past two years. Economies in both countries are growing, while grid stability is a concern and a growth in the middle-class demographic has an impact on rising demand.

The deal reflects Sonnen’s ongoing strategy of quickly identifying and entering attractive markets with the company now having a presence in the likes of Australia, Italy, the UK and the US, targeting and tailoring its product strategy to each.

For instance, in Australia, feed-in tariffs (FiTs) are dropping while electricity prices are rising in the sun-rich country, making home storage an attractive option for solar rooftop system owners. Conversely in the US Sonnen has targeted the commercial and industrial (C&I) sector almost exclusively due to the opportunities presented by peak electricity demand reduction for businesses.

In the Philippines and in Malaysia, Sonnen will launch two versions of its SonnenBatteries, the 8KW SonnenBatterie Eco and the 5kW SonnenBatterie Compact. The larger model is configured to provide backup power in the event of outages, as well as enabling self-consumption of onsite-generated solar energy. It can also be 'islanded' and operated separately from the grid due to its inverter. The addition of backup is considered to be a strong selling point for the devices in the Philippines market, where brownouts are a daily occurrence in some areas. The smaller unit does not offer the same backup capability but will be offered at a lower price.

Natural Solar CEO and co-founder Chris Williams said the partners expect to sell more than 100,000 systems over the next five years, approximately three times the number of SonnenBatteries deployed in Germany, the world’s current leading home storage market, to date. The two companies’ expectations are that this will begin with the sale of around 10,000 systems over the next two years.

Sonnen and Natural Solar have been partners in Australia since the middle of this year, including the introduction of SonnenFlat, a subscription model service where households pay a flat monthly fee for their power, in exchange for allowing the storage provider to offer balancing services to the grid, therefore accruing additional revenues.

“Sonnen always aims to offer clean affordable energy for all, that is our mission. Thus we are happy to announce also a lower budget version of our SonnenBatterie that aims at the average home in the Philippines and Malaysia, which often suffers daily grid failures. The product will beat most other storage systems in price and will be available in the market of the Philippines and Malaysia by the end of March 2018,” Sonnen managing director and chief sales & marketing officer Philipp Schröder said.