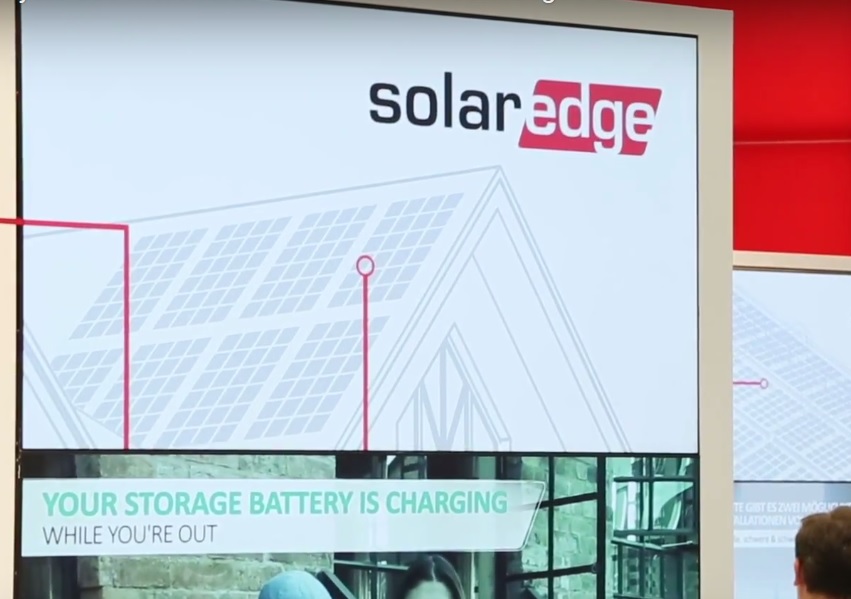 SolarEdge is targeting a world where the “majority of solar systems will include storage”, according to CEO Guy Sella, as the company announced record revenues and shipments in the third quarter of 2018.

Sella hosted a conference call a few days ago to explain recent financial results, which were released at the beginning of this month. Our sister site PV Tech reported that in addition to surpassing 1GW of quarterly inverter shipments for the first time, SolarEdge enjoyed a 42% increase in year-on-year revenues, reaching US$236.6 million in the quarter, in contrast to some of its rival manufacturers which have experienced relative declines in quarterly sales.

Just over 50% of revenues came from sales in the US, Europe 35.4% and the rest of the world 14%. PV Tech senior news editor Mark Osborne highlighted that SolarEdge’s shipment growth trajectory is the “strongest it has been in years”.

While the conference call, which included a Q&A session with financial analysts, often focused on the pureplay solar side of the company’s business, including the possible impact of international trade tariffs relating to China, there were also several statements made by Sella and his fellow executives as well as questions from analysts relating to energy storage.

Solar, UPS and the Kokam acquisition

Sella said that as Kokam is involved with supplying batteries, including high power devices, in industries including “energy storage systems, UPS, EVs, aerospace, marine and more”, the acquisition positions SolarEdge well to “increase our competitiveness by offering smarter and more beneficial solutions” in a world where the “majority of solar systems will include storage”.

Roth Capital analyst Philip Shen asked later if SolarEdge could offer guidance on what sort of contribution to Q4 revenues Kokam is likely to make. Ronen Faier, SolarEdge CFO, replied that as Kokam is a “relatively new investment” and the company’s previous owners “recognise revenue” in a different way, SolarEdge was not “hiding” the numbers, but was not ready to disclose. Faier did say that the company will take a conservatively low estimate ahead of expected revenues for the next accounting period.

One analyst, Cowen & Co’s Jeff Osborne, said that he felt the release explaining the Kokam acquisition was “extremely vague”, although at the time, SolarEdge executives including VP of marketing and product strategy Lior Handelsman were happy to explain the strategy – if not the financial or commercial specifics behind the deal.

Osborne asked if there was an intention to compete with Korean consumer and stationary storage majors such as LG Chem and Samsung and whether Kokam’s own attempt in the past year-and-a-half to move towards adding system integrator capabilities to its business would continue.

“I think the answer is relatively intuitive. Today, I think we all understand that we are facing a world where the majority of solar systems will come with battery storage,” Guy Sella said.

The goal, as mentioned by Handelsman in his interview with Energy-Storage.news a couple of weeks ago, is to offer “a really holistic solution” that creates plug-and-play solar power generators with integrated energy storage, Sella said.

“This will of course give us much better product at a much better gross margin,” Sella added.

Osborne then asked what sort of CapEx commitment this might entail, particular as some of those aforementioned other battery companies push US$1 billion a year. Sella did not commit to giving a number but said it would not be “anything close to this number”, adding that SolarEdge is not looking to compete with the likes of LG Chem across all of the industries that the latter serves, as this could erode SolarEdge’s advantages in being established in the solar market.

“I don't think that in the coming two to three years we'll need to get to anything close to the amount of CapEx investment you mentioned,” Guy Sella said, adding that the company did not expect to find itself in head-to-head competition with those battery majors.

There were two more questions on the storage business and in particular on Kokam. Colin Rusch of Oppenheimer asked if some indication could be given on expected return on investment (ROI) and sales growth figures.

According to the SolarEdge CEO, it will be less a “matter of metrics” and more an overall SolarEdge company strategy that Sella and his team expect that “very soon” as much as 30% of all solar systems sold will have energy storage attached.

“So with this amount of tax rate and the current stationary storage prices, you are talking of very big increase of revenues with very nice gross margin once you control the full chain from the sell-up,” the CEO said.

Finally, analyst Joseph Osha with JMP Securities asked what would be needed for SolarEdge to scale up its energy storage business to reach 1GW annually sustainably. Osha asked if it was a fair assumption a “substantial amount of CapEx” would be needed for Kokam’s stationary storage manufacturing to reach that level.

Sella said the answer was a little more complex than the question, because Kokam currently uses production lines which could be expanded, offering a “little bit more flexibility”. Nonetheless, the CEO told Osha his numbers “made sense”. To meet the 30% tax rate SolarEdge is targeting, “we need to increase the capacity factor by 4% or 5%”, Sella said, which could be done over the next couple of years.

CFO Ronen Faier did say that there is still some evaluation to be done. The Kokam purchase has been SolarEdge’s biggest transaction of this nature so far, and factors including the different accounting principles and currency used mean that the company expects to be able to offer a clearer picture in the next quarter.