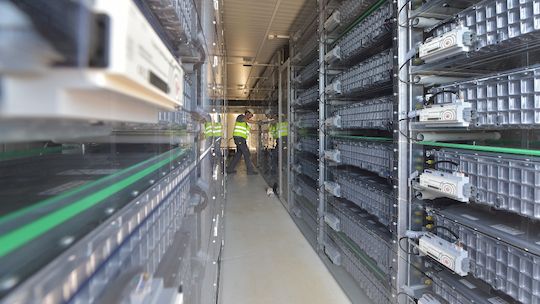 The federal network operator, Bundesnetzagentur, announced the results of its latest tender for large-scale solar, onshore wind, biomass and the newer innovation category last Friday. The bidding window closed for all categories on 1 March 2021, except the innovation projects, for which bidding closed on 1 April 2021.

The solar and innovation categories were oversubscribed, with 288 solar PV bids representing 1,504MW submitted for a tendered 617MW while 43 innovation tender bids with a volume of 509MW were received for a tender of 250MW. Meanwhile, onshore wind was undersubscribed (91 bids adding up to 718MW versus 1,500MW available) and so was biomass (168MW tendered for, only 44MW across 60 bids received).

In standalone solar, the Bundesnetzagentur allowed for 620MW of capacity to be awarded to 103 bids, 42 of which will be built on arable and grassland areas, mainly in the Bavaria region. Awarded prices ranged from 4.69 Eurocents (US$0.056) per kWh to 5.18 Eurocents, for an average weighted price of 5.03 Eurocents, which was a lower price than the previous tender round held in December last year, when the average was 5.10 Eurocents per kilowatt-hour.

In the Innovation Tender, the cost reduction was bigger. The previous, first-ever round, held in September last year resulted in a volume-weighted average of 4.5 Eurocents /kWh, while this time it was 4.29 Eurocents/kWh. The price ranged from 3.33 Eurocents/kWh to 4.88 Eurocents/kWh while the network agency noted that the prices paid to these projects will be on top of any market-based revenues the systems’ owners and operators can make. The bids also came in considerably cheaper than the tender’s ceiling price, 7.5 Eurocents/kWh.

In an interview with Energy-Storage.news last year, Valeska Gottke, policy and markets experts at Germany energy storage association BVES, said that the Innovation Tenders were a rare positive step forwards in the country’s renewable energy policy treatment of energy storage, with regulations around electricity market participation widely thought to be holding the sector back. Projects awarded in the first round of the tenders will begin construction this year, representing just under 400MW of solar with energy storage.

Meanwhile the German solar industry association BSW-Solar told our sister site PV Tech that the planned expansion of solar auctions for 2022 from 1.9GW to 6GW was not enough to meet European Union emissions reductions targets. BSW managing director Carsten Körnig likened it to an attempt to “put out a devastating forest fire with a fire extinguisher”.

Full list of winners and more information can be found here.