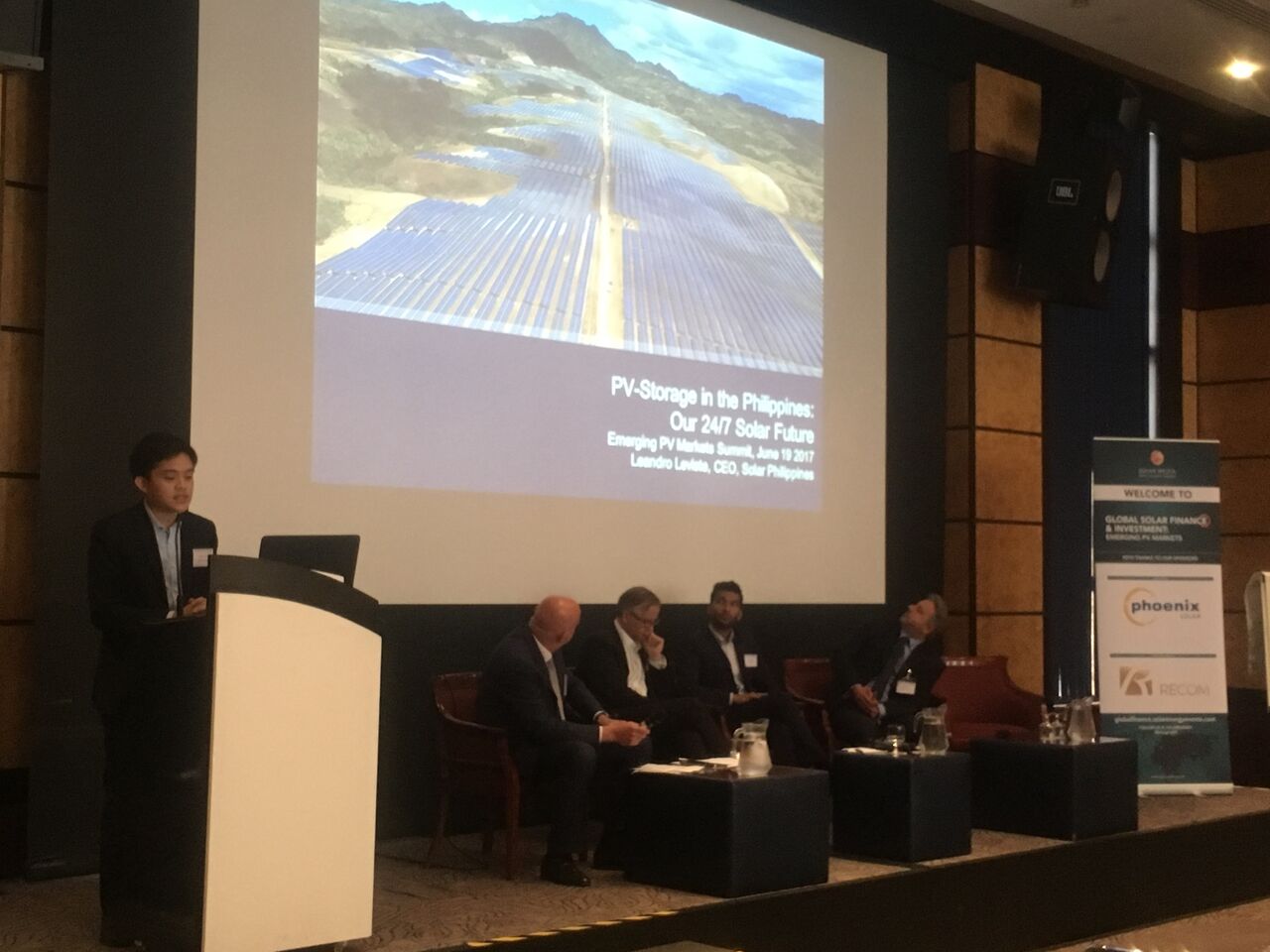 Solar Philippines founder and CEO Leandro Leviste aims to replicate this system with many more projects all without subsidies. Image: Solar Media.

Filipino renewable energy firm Solar Philippines is developing an off-grid solar, battery and diesel micro-grid in the Philippines that could be the largest of its kind in Asia, according to the company head.

Solar Philippines founder and CEO Leandro Leviste told Energy-Storage.News that the micro-grid system on the island of Mindoro will include an 8MWh energy storage battery, a 4MW solar PV plant and diesel capacity – enough to power a whole town.

Leviste added: “We are going to be replicating a lot of these that are unserved, without subsidies and without any government programmes. So we are doing all on a deregulated basis.”

He also gave new details about the nation’s first utility-scale solar plant combined with storage at Concepcion,Tarlac, which the company started constructing in March. While it was already known that the PV project would be 150MW, Leviste revealed that the storage element would include a 50MWh battery. Commissioning is due in the next few months, he added.

Solar Philippines claims that this was in fact the first project to start construction after the government’s Feed-in-Tariff (FiT) programme came to an end, under President Duterte’s administration.

Today, Duterte was present to inaugurate the newly expanded Solar Philippines solar module factory at Batangas – the first such facility in the Philippines – that now has 800MW capacity.