Solar Philippines: Taking a hit on microgrids for emerging economies is an investment for the future 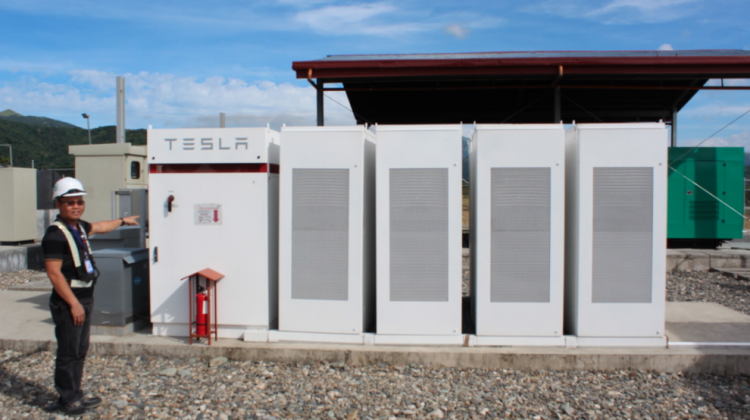 The economics of rural electrification using microgrids should be considered an investment for the future, akin to how Silicon Valley tech providers plough money into initially loss-leading products and services, the chief of developer and manufacturer Solar Philippines has said.

Last week, Tom Kenning, deputy editor at our sister site PV Tech, wrote an extensive and in-depth blog from a field visit to Paluan on the island of Mindoro, where a Solar Philippines offshoot company, SPSB (Solar Para Sa Bayan – ‘Solar for the country’), has executed a microgrid project that brings power to about 3,000 customers. The microgrid, which uses solar, batteries and diesel backup, is also anticipated to slash commercial electricity costs by half for local businesses.

From having just 3-8 hours of usable electricity each day, with a connection to a 5MW diesel plant some 30km away disconnected a decade ago due to transmission issues, the villagers will be able to run their homes and businesses from the new 2MW PV and 1.8MW / 1.5MWh energy storage plant, coupled with 1,260kW of diesel generation.

Solar Philippines has aggressively set about developing and executing large-scale and microgrid projects in the country as well as establishing PV module manufacturing capabilities. Company chief Leandro Leviste, son of a prominent senator, is enthusiastic about microgrids, while all of the local residents PV Tech spoke with seemed similarly enthused about the endeavour.

Leviste said that the downward trajectory of battery and PV module prices means microgrids for rural power access will reach economic viability sooner rather than later. In the meantime, he said, companies like his might have to be prepared to invest in scaling the technology to meet tomorrow’s demand rather than making projects capable of delivering big returns today.

“The problem of the global microgrid industry is that it has limited itself to subsidized projects, which are limited by the imagination of policymakers. The only way to make microgrids scale today is to be willing to do unsubsidised, even initially loss-making projects, banking on both growth in demand and decrease in PV-storage costs to turn a profit over time,” Leviste said.

“We're betting our customers in Asia and Africa will one day have standards of living, and thus consumption, at even a fraction of what households in the US and Europe have today, and that our microgrids can help them reach that point sooner, so we're effectively in the business of ending poverty.”

Leviste later made a comparison with Silicon Valley technology providers, many of which operate under start-up conditions, funded by Venture Capital cash.

“If it is acceptable for Silicon Valley companies to initially lose money as they invest in the long-term, it surprises me that not more companies take the same view for off-grid electrification, when the impact on people's lives are even so much greater. We're convinced of this opportunity which the solar and finance industries have largely missed, so are financing these unprofitable microgrids with proceeds of our profitable utility-scale business, as an investment that pays off over the long-term.”

You can read ‘Solar for the country’: Inside Southeast Asia’s largest micro-grid, looking at the technical details, economics and social impact of the Paluan project, here on the PV Tech site.