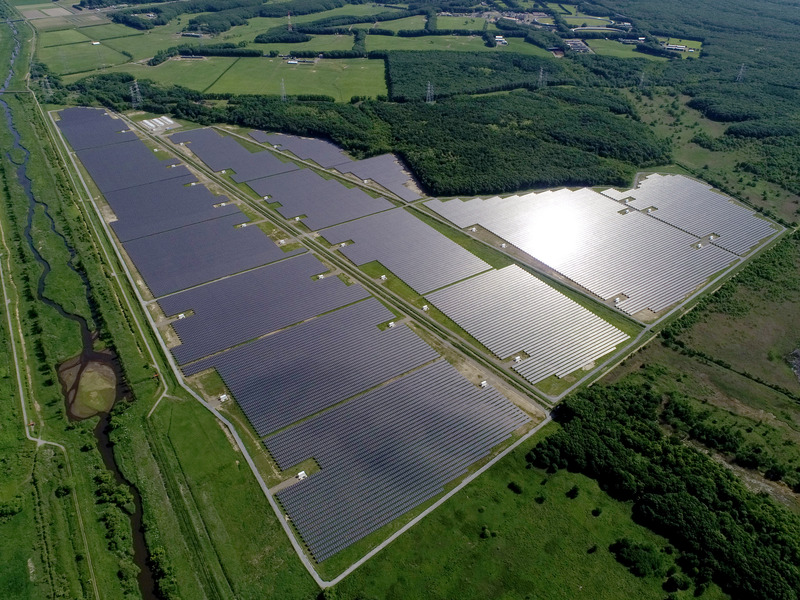 The 64.6MW solar park was fitted with battery storage to meet requirements introduced by utility HEPCO in 2015. Image: Softbank.

One of the first large-scale solar farms in Japan so far to be equipped with battery storage in order to meet the requirements of a local grid operator and utility, has been completed on the island of Hokkaido.

In Japan, the transmission and distribution networks are operated by 10 separate regional utilities. Under the laws governing renewable energy, utilities should buy output from renewable energy facilities through the feed-in tariff (FiT) system that was introduced in 2012.

However concerns over grid constraints meant that Hokkaido Electric Power (HEPCO) and others have argued that limited grid capacity means either curtailing electricity from solar from going onto the grid or in some cases a halt to new project development. Hokkaido is the northernmost of Japan’s main populated islands and has limited interconnection with Honshu, the next island down – which is where most of the country’s major cities including Tokyo, Kyoto and Osaka are to be found.

HEPCO therefore introduced technical requirements in April 2015 that power generation equipment be fitted with means to mitigate output fluctuations. Solar generation companies are therefore responsible for choosing and fitting equipment and control systems and strategies to do so. SB Energy and Mitsubishi chose to use a lithium-ion battery energy storage system for the project, which is on land owned by an agricultural producer and is considered to be the largest such solar PV project with a battery in Japan so far.

Some residential solar customers are starting to equip their homes with batteries for two main reasons in Japan: the first being the threat of earthquakes and other natural disasters during which homes with the ability to backup their power may benefit, the second being that the solar PV market for homes (and also businesses) is moving towards a model based on greater levels of self-consumption and away from feed-in tariff models.

However, battery storage development at the large-scale end of the market has not yet been widespread, with many sources commenting that costs are still considered too high for storing large amounts of solar energy. There is not yet a market structure either for delivering ancillary services to the grid, which is usually the first order of services batteries tend to be most cost-effective and suited to delivering and is where the development of grid energy storage begins in most new markets.

The market is expected to open up in the coming three to four years but to date, Japan’s largest battery storage system is a 60MWh flow battery demonstration project installed in HEPCO service territory and constructed by Sumitomo Electric. This week, Alex O'Cinneide, CEO at Gore Street Capital, an investment company which operates a publicly listed energy storage investment fund in the UK developing front-of-meter battery storage assets, told our sister site Solar Power Portal that Japan is a “very interesting market” to his fund, which has a number of Japanes strategic investors for its existing UK project portfolio, including JXTG Nippon Oil & Energy Corporation. O'Cinneide said that the deregulation of the Japanese market over the next few years makes it of interest to the company, alongside it having the same characteristics of the UK in terms of the decommissioning of coal, nuclear and gas and increasing levels of renewables.

The new Tomatoh Abira Solar Park 2 project began development in 2016, as a 50:50 owned joint venture by SB Energy and Mitsubishi UFJ. The power plant’s output to the grid in its first year of operation will be around 71.477MWh/year. It joins the first phase of the project, which was 111MW capacity and completed in 2015. The project partners have worked together on other solar farms in Japan before and in 2018 began development work on a Hokkaido plant with a larger battery storage system (102.3MW of solar with 27MWh of battery storage). SB Energy said in its release about the Hokkaido project that it will continue to aim to spread and expand renewable energy sources, including Mega-solar (Japanese term for large-scale solar PV) while Mitsubishi UFJ said it positions the renewable energy business as one of its focus areas and will continue to work with its partners and customers in the field.

SB Energy also said just before the end of June that it will step up its activities in virtual power plant (VPP) demonstration projects in Japan, having been appointed by the Ministry of Economy, Trade and Industry (METI) – which sets policies around the energy business – to act as an aggregator in forthcoming projects including the use of vehicle-to-grid (V2G) and other distributed energy resources. SB Energy has been involved in VPP trials since 2016, the company said, and the technology set, where many distributed energy resources such as solar and batteries are combined to perform roles traditionally executed by centralised generation units, is another area Japan is targeting for further development in the coming years. 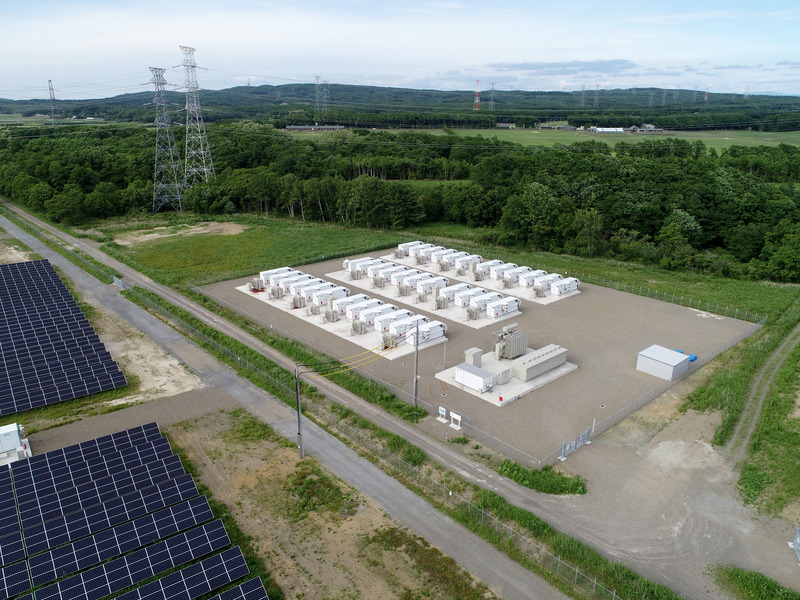