Software to streamline commercial, distributed solar and storage deployment launched in the US 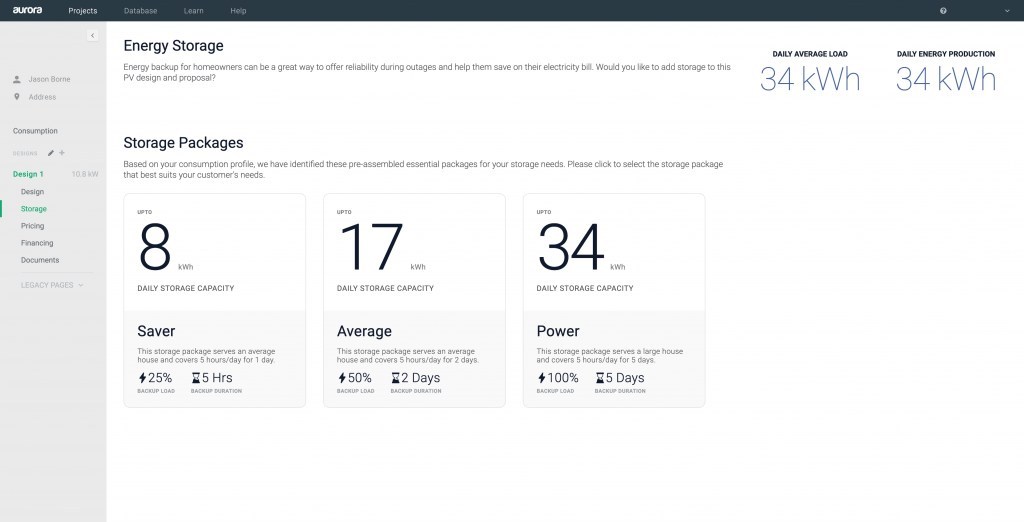 New software solutions aimed at streamlining the process of deploying commercial and industrial (C&I) energy storage and for correctly sizing energy storage for distributed solar have been launched in the US.

Meanwhile, a “range of tools for solar professionals to size a battery backup system” to meet homeowners’ requirements has been added for the first time to Aurora Solar, a software platform for aiding solar design and sales.

Catalyze has its own 300MW pipeline of C&I projects in the development pipeline and now hopes the new software platform can help accelerate and scale up the adoption of energy storage by C&I customers. The company is backed by investment groups Yorktown Partners and EnCap Investments, the latter currently led by former First Solar CEO Jim Hughes.

“With their experience in delivering solar-plus-storage solutions, their technology platform, and substantial financial backing, the Catalyze team has all the elements required to become the leader in what is currently a highly-fragmented market that is ripe for roll-ups and consolidation,” Hughes said.

Catalyze is using the software platform to identify, evaluate and manage projects through their lifecycle from origination onwards. The company has already acquired more than 37MW of large distributed generation solar-plus-storage projects in multiple territories and is now on a wave of acquisitions of companies that can bolster its capabilities.

Catalyze hopes that using the software platform will help it to bring to the C&I sector the success the utility-scale solar sector has had in achieving efficiencies. The software helps streamline everything from project origination to development, construction and asset optimisation in solar and storage.

“As a company founded on the belief that technology has the power to enable efficient and substantial growth, we know that automating and standardising the origination-to-operations process is key to repeatability and scaling in the C&I sector,” Catalyze CEO Steve Luker said.

Meanwhile, Aurora Solar’s new storage feature is somewhat analogous in what it aims to do to help solar installers that sell backup. As the company pointed out, utility power shutoffs and outages are becoming more commonplace in the US, certainly in states including New York and California.

Whether caused by extreme weather, natural disaster or electricity grid and market design, more and more solar customers want backup power, Aurora Solar said. According to a survey it conducted, some 70% of installers that responded already sell energy storage in the US, while Aurora claimed its software has to date been used to design and sell around 3.5 million solar systems worldwide. Installers will be able to customise the battery back up system from individual customers’ energy consumption data by taking into account how much PV generation they have.

“We're thrilled to be able to offer installers the tools to design and sell solar and storage systems together, with the same accuracy and ease Aurora has always provided. Our new battery storage functionality will significantly reduce the time needed to design the appropriate storage backup system for the customer,” Aurora Solar co-founder Christopher Hopper said.