An annual highlight of the already-packed renewable energy industry calendar, Intersolar Europe brings tens of thousands of people to Munich each year to do business in the glorious Bavarian sunshine. Yet even there the sun occasionally fails to do its own business, which is a vaguely humorous way of saying that, by logical extension, the ees Europe show, representing the electrical energy storage industries, has become a bigger and bigger companion piece to the “main” event in Germany.

Of course, there will be plenty of battery and energy storage that doesn’t necessarily sit directly alongside solar, including batteries for frequency response and various e-mobility and electric vehicle and fleet solutions. Nonetheless, here are some of the products and companies we can look forward to seeing showcased this week at ees Europe. Note that this is just a small sample of what we can expect to see. It may perhaps seem a little biased towards the ‘solar’ end of the equation, but in reality, we think the overall keyword here will be ‘smart’.

While in economic terms it’s still considered a challenge in many parts of the world, Germany’s home energy storage market continues to deploy thousands of units each month, driven forward by falling feed-in tariffs and falling system prices. Many of the market participants in Germany will be looking now to not only consolidate their position and increase the value of their offerings in that market, they’ll also be seeking to do it internationally as well.

PV module manufacturer Hanwha Q CELLS has partnered with Canada’s Eguana Technologies, which makes its own AC-coupled home energy storage unit, Enduro. The system will be made available through the sales networks of Hanwha Q CELLS, mainly focused on the rooftop solar market.

The two have entered an exclusive agreement for Hanwha Q CELLS to market, sell and distribute Enduro into the European Union countries, Switzerland and in Norway under the Q CELLS brand. Hanwha claims it sold more than 15,000 residential units in Europe in 2018. The company has teased that it will be launching an integrated energy supply solution at Intersolar this week, so we will be watching closely.

There’s a focus on smart home connectivity in the launch for the second generation of VARTA’s Pulse home storage unit, Pulse neo.

The wall-mounted storage systems come with a new operating system that the company said “offers numerous additional functions, particularly for operation in a Smart Home”. The linux-based VS-XMS operating system allows for optimised use of self-generated solar energy, VARTA claimed, as it enables the system to charge based on forecasting and should integrate well with smart home solutions.

“Our customers can add functions from other providers at any time, such as EV-chargers, hot water systems or weather forecast applications. We therefore offer our customers and installers a choice, and they are not bound to use one single provider,” VARTA Power & Energy general manager Gordon Clements said.

From its background in power optimisers to its current role as a major provider of equipment and full solutions, SolarEdge has not only become known for constantly refining and reinventing its inverters, but has also launched EV charger solutions and acquired high power battery maker Kokam along the way.

This week the company will show off its expanded StorEdge solution, featuring new inverters that SolarEdge claims are “optimised for the combined management of solar, storage and home energy”.

Using the company’s patented HD Wave inverter technology, the new single phase inverters can handle all three functions, allowing for easier installation and could improve the return on investment and increase the possible amount of solar self-consumption. A DC-coupled three-phase inverter will be introduced at a later date to handle 48V batteries, SolarEdge said.

The company will also be launching its own branded batteries, “expected to be available worldwide in the beginning of 2020”. These will be showcased in Munich this week as well, spanning residential and commercial scales and based on nickel manganese cobalt (NMC) lithium batteries. 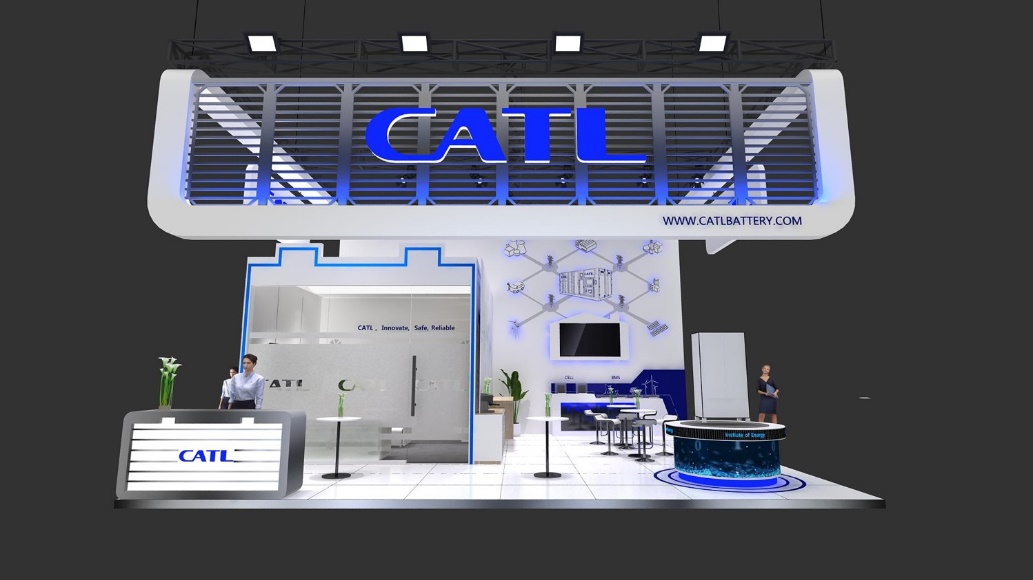 The commercial and utility-scale markets are tough beasts. To put the patterns of their early development in the simplest terms, the former opening up slowly but surely, the latter rapidly opening and saturating almost as quickly. In these markets, ‘smart’ means an emphasis on providing ever-more integrated hardware, not just batteries, which may be the single most valuable component, but are almost the most quickly commoditised. It’s also about providing services, from system integrator roles as the batteries go in, and commercial operations roles of various kinds once they are deployed and in service.

Saft, which supplies everyone from Boeing to China’s Chengdu Metro with battery systems, will be showcasing a new, 2.5MWh containerised storage system unit.

A company representative told Energy-Storage.news that the new units will enable Saft to “address the majority of grid, renewables, commercial and industrial applications that require large-scale ESS solutions with discharge times of around two hours”.

It doubles the capacity of previously available Saft battery containers, while the company is seeking to offer “integrated turnkey ESS (energy storage system) solutions” meeting the needs of a battery storage project with “every element up to the grid connection”.

The first hardware product to be launched since mobile power rental giant Aggreko took over energy storage specialists Younicos is the new Y.Cube 2.0, an updated product from the Younicos line.

Aggreko’s Dan Ibbetson told Energy-Storage.news that the system “fits well with the rest of the Aggreko kit and it’s designed for minimum cabling, it’s easy to put in place, easy to connect with the other systems.”

“Its standard configuration also makes it easier to model when determining the right setup for each client, when we determine how much thermal and how much PV provides the best value.”

The company did not release many details ahead of this week’s launch, but the existing Y.Cube comes in either 1MW – 30 minutes storage or 1MW – 60 minutes storage configurations. However, in addition to improvements in the technology, which include the integration of Younicos’ software and battery experience with Aggreko’s existing suites of technology, Ibbetson also said Aggreko’s business model of rental contracts helps reduce risk for customers.

“As with all of our solutions, the Y Cube is for those who don’t want to incur capital costs, and who want full flexibility. Batteries offer tremendous possibilities, but because it’s such a new technology the revenue potential of a particular use case is often not clear over the asset’s lifetime,” Ibbetson said.

“That is why we offer contract durations starting from only a couple of months – although we also see interest for contracts lasting several years.”

China’s BYD will bring a range of products to this year’s show in Germany, including Battery-Box Commercial, for commercial and industrial (C&I) applications.

BYD said it has seen growing demand for C&I systems, and will introduce 57kWh, 154kWH and 233kWh devices, CE, IEC62619 certified and including a REFU 88K hybrid inverter and energy management system (EMS) which the company claims supports “advanced functions”.

The company said pricing is “very competitive” for the plug-and-play system, which uses lithium iron phosphate batteries and can perform functions including peak shaving, self-consumption of solar, backup power and EV charging, as well as grid services including frequency regulation.

Also coming over from China for the show will be Contemporary Amperex Technology (CATL), perhaps not yet that well known in the stationary storage space, but certainly racing into a competitive position among EV battery makers.

In a release ahead of Intersolar Europe/ees Europe, CATL said it is now “leveraging its expertise to provide solutions for energy storage systems (ESS) in China and the world”, which it will be promoting at the show in Munich this week for the first time ever.

CATL recently worked on a vast mixed-source power station which integrates wind, PV and CSP with 100MWh of ESS capacity, while the company also touts partnerships with US “top-tier” solar companies for 1.85GWh of batteries already.

CATL touted the safety of its LFP batteries, and its track record of working with car makers including BMW, Volkswagen and Ford.

Energy-Storage.news, PV Tech and Current± will be attending ees Europe / Intersolar Europe this week, 14-17 May 2019.