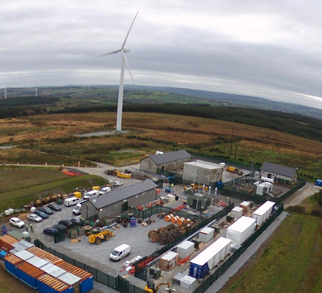 With the current tariff framework for energy storage in Ireland set to come to an end in April 2023, there is scepticism over the support that will follow.

Given the onerous number of checks needed to bring in a replacement framework, and lessons learnt from the current “Delivering a Secure, Sustainable Electricity System” (DS3) framework, it is unlikely to be ready in the next two years suggested Bernice Doyle, head of Grid Services at Statkraft Ireland.

If a high level decision about the direction of DS3 is made this year, it could be running by 2024 she continued, speaking in the Ireland panel during Solar Media’s Energy Storage Summit 2021.

Frank Burke, technical advisor at the Irish Energy Storage Association agreed with Doyle that at least a year’s delay is likely, and highlighted that the current framework does allow for an 18 month extension.

The DS3 contracts for services such as Fast Frequency Response and fast post-fault active power recovery, to enable Ireland grid to transition to a much higher quantity of renewables by also increasing System Non-Synchronous Penetration (SNSP).

Statkraft is one of the companies to have won a contract in DS3 already, including what it said was the first utility-scale battery in the Republic of Ireland with its 11MW Kilathmoy in 2020, as well as working to optimise 68MW of RWE’s battery assets in DS3.

Storage projects like these will be essential for Ireland’s net zero transition, with the country targeting 40% renewables for 2020 for example, which required levels of 75% SNSP said Burke. In 2030, with the renewable target increasing to 70%, >90% SNSP will be needed to balance the grid.

“There will be a fundamental change to the market required if they want to have enough storage for the services that are needed,” he continued, with access to the different DS3 services likely to change.

One key element of this is a shift to day-ahead auctions, which will allow the grid operator EirGrid to move away from contracting more storage than is currently required by utilising more up to date prediction models.

Ireland has a strong pipeline of storage projects currently, with more than 2.5GW of grid-scale battery storage in development stages. But until the DS3 framework following 2023 is set, there remains some significant questions as to how the sector will develop.

Not least of which is the competitive prices offered in the last DS3 auction, with Burke noting “We were all shocked at the prices coming in, it’s hard to see how people will make money out of them”. However he added, the same could be said for auctions in GB, and yet the market has continued to surge, with Ireland watching it for learnings around revenue stacking and framework establishment.

The Energy Storage Summit 2021 continues on 3 March while all previous sessions are available to view on-demand for attendees. See the website for more details.