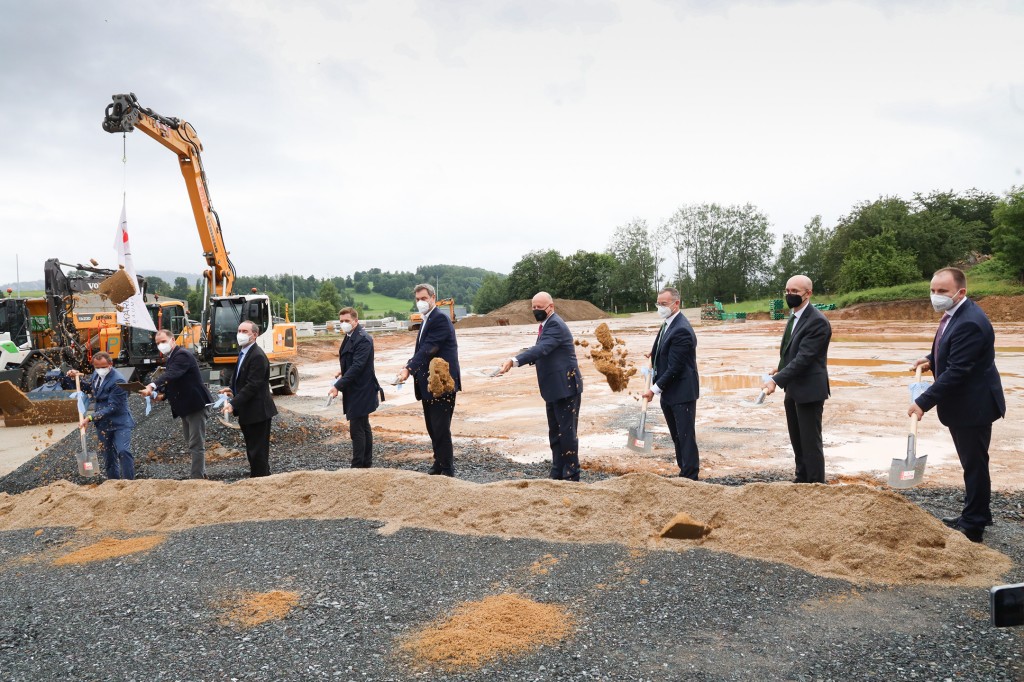 Siemens has signed a letter of intent for the construction of a turnkey 100MW / 200MWh large-scale battery energy storage system (BESS) in Wunsiedel, northern Bavaria, Germany.

Siemens Smart Infrastructure, a business unit of the engineering giant which focuses on smart and digital energy, industry and building solutions signed the letter with Zukunftsenergie Nordostbayern (Future Energy North-East Bayern), a consortium of regional stakeholders including utility suppliers, that are looking to accelerate the decarbonisation and modernisation of energy supply.

The partners will now look into developing a “suitable financing concept” and look at how the project can be implemented. Siemens said energy storage technology and services provider Fluence, which was formed in 2017 as a Siemens-AES Corporation joint venture (JV), will provide the lithium-ion battery system.

Siemens will take care of project management duties, which will include the building of medium-voltage switchgear equipment and facilitating connection to the local high-voltage grid. The company said in a press release yesterday that Zukunftsenergie Nordostbayern will use the battery system to manage the integration of renewable energy resources and reduce peak load constraints on the network. Energy generated from solar and wind will be stored at times when it is abundant and injected into the grid when it is most needed.

Marco Krasser, managing director of SWW Wunsiedel, one of the utility supply companies involved in the Zukunftsenergie Nordostbayern programme described energy storage systems as “an important building block for shaping the future of energy”. His organisation intends to expand its capacity of storage for its ability to “make better use of energy generated from renewable sources,” he said while noting that this expansion will happen gradually.

The ability to store surplus energy and use it on the grid when most needed will benefit local electricity suppliers, but Siemens Smart Infrastructure Germany’s head of technology performance services Bernd Koch said the system will also benefit the “upstream grid operator” which has a more general role in managing the transmission of energy across the country.

Use of battery storage “gives them more flexibility to compensate for voltage fluctuations, which are increasingly common because of the expansion of renewable energy generation,” Koch said. Due to a number of large industrial facilities being located nearby, the grid operator has had to maintain a large reserve of energy. The elimination of the need for these reserves would have a significant impact on reducing local carbon dioxide emissions, Siemens project manager Andreas Schmuderer added.

The BESS will be installed in the town of Wunsiedel, where the engineering company’s Siemens Energy division broke ground earlier this month on an 8.75MW green hydrogen electrolyser plant. Located at Wunsiedel’s local “energy park”, the proton exchange membrane (PEM) electrolyser will be connected to a 6MW battery storage system Siemens supplied and installed in 2017. The green hydrogen project, which will produce clean fuel to be used locally as well as exported to other parts of Germany, is scheduled to go into operation in summer 2022.

Meanwhile, Germany’s large-scale utility energy storage sector has seen its market-based opportunities largely saturated after an initial first wave of projects which connected to the primary control reserve ancillary services market for frequency regulation. Throughout Europe, however, there are moves being made to more closely align national energy markets with the continent’s 2050 carbon neutrality goals, including the forthcoming launch of the automated frequency restoration reserve (aFRR) grid service market, which experts believe will add more revenue certainty for battery developers. There have also been recent 'Technology Innovation' tenders from the government which have awarded some capacity to solar-plus-storage projects.

It will be interesting to see how Siemens’ new project, which appears at this stage to tie more closely to direct renewable energy integration and peak demand management than to market-based opportunities for frequency regulation and other ancillary services, will make its business case stack up, if it proceeds as hoped.