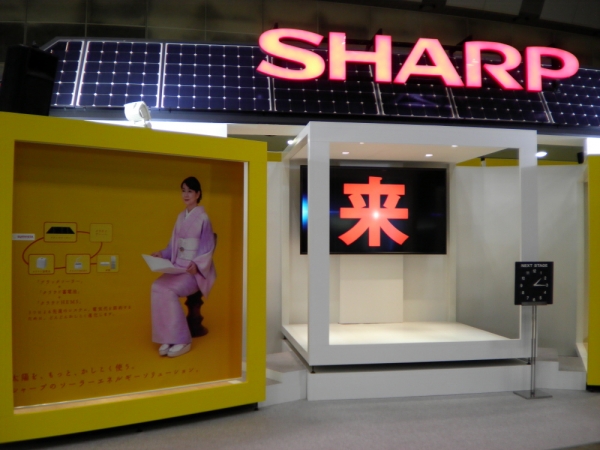 More schools in North America will be able to ‘green’ their energy supply and hedge against future rises in the price of electricity, with Jigar Shah’s Generate Capital taking on six solar-plus-storage projects in California.

Washington DC-based cleantech entrepreneur Shah, who was founder and CEO of SunEdison, at one time the world’s biggest renewable energy company before it fell on hard times in late 2015 – long after Shah himself had left – is now president at Generate Capital.

Generate offers structured financing to projects in a number of different ways, including “infrastructure-as-a-service”, in other words not making the customer liable for total capital cost upfront. In some ways it continues on from the way SunEdison pioneered ‘no money down’ deals in solar a few years back.

Local project developer SolEd Benefit is putting the projects together along with construction company MBL Energy. Just over 1MW of solar PV will be paired with 1.2MWh of Sharp SmartStorage energy storage systems, which will sit behind the meter and use lithium-ion batteries.

The six installations will help schools in the district increase their generation and on-site consumption of solar energy, help them save money on their electricity bills, and will offer microgrid islanding for resiliency and backup power in the event of outages or disconnection from the grid.

The projects will also be a useful tool to help children and young people in Santa Rita’s schools to learn more about sustainability and clean energy. Although it depends on the time of year and weather situation, the solar-plus-storage systems could meet as much as 80% of schools’ electricity demand.

The new projects have been eligible for support under California’s Self-Generation Incentive Program (SGIP), a scheme which GTM Research market analyst Brett Simon last week said had helped drive the overall nationwide picture for behind-the-meter energy storage into unprecedented levels of deployment in the second quarter of this year.

“Generate is proud to accelerate the deployment of solar-plus-storage systems to bring cost-saving, clean energy solutions to schools, municipalities, and businesses across California,” Jigar Shah said.

Sharp’s SmartStorage systems can also execute peak shaving functions, reducing the amount of power the schools draw from the grid in times of higher demand – easily the biggest use case or most attractive economic opportunity for commercial energy storage in many parts of the US at present. As many as 5 million bill-paying commercial entities across the US could potentially save money this way, a recent National Renewable Energy Laboratory (NREL) study found. Switching to backup power and other energy management functions will be executed by Sharp’s SmartStorage software.

“This project will demonstrate that renewable power generation coupled with a SmartStorage system is now a viable, bankable, cleaner alternative for backup power applications.”

Superintendent of the school district, Dr Shelley Morr, said the money saved on electricity could translate directly into resources for the kids, such as textbooks and teacher salaries.

“It is also important for our community that schools aren’t impacted by events such as power outages as this disrupts not just the school day, but parents having to leave work early or scramble to make other arrangements for their children,” Morr said.

It has been a while since Jigar Shah, who also does a lot of media work and is a prolific Tweeter and social media blogger, has announced some new solar and energy storage projects. Back in 2015, Shah told Energy-Storage.News that the key to the nascent energy storage industry’s success would be to “not scare banks away”.